What Does Independence Day (4th Of July) Mean To You All And How Do You Celebrate It Each Year?

Page 1 of 3 Next Page Go To Page:
millionmiler24's Comment 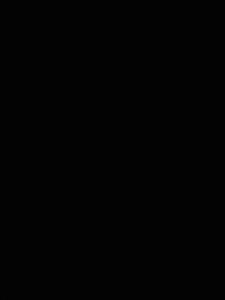 There is only ONE day out of this year where I am so BANANAS that its not even funny and that day is our INDEPENDENCE DAY or more commonly known as the 4th of July. This day is ABSOLUTELY my FAVORITE holiday out of every day of the year. Even more so than my birthday. I wish I had been born on this day but oh well. This is the one day I am so crazy, people would think the normal me is SANE. LOL.

What I do to celebrate the 4th of July is EVERY Year, I watch the movie Independence Day with Will Smith. That speech at the end where the president is about to launch the final attack on those aliens still brings me to tears with the power of those words. I think I am the way that I am because ever since 09/11/2001 I have been SUPER PATRIOTIC. My uncle was in the Pentagon when that plane hit that morning and that plane hit roughly 40 ft from his office there. He was lucky to have escaped without a scratch. I knew then I had a GREAT respect for our country and ever since then I have an even GREATER respect for our country. EVERY time I see a veteran, I stop them, shake their hand and thank them for their service to our country. One of my biggest REGRETS in my life was that I was unable to join the NAVY like I initially wanted to. My Mom and Brother forbade it because they didn't want me to go into Iraq and get my head blown off for what THEY CALLED an UNJUST CAUSE. NO MATTER the WAR, serving your country is SERVING YOUR COUNTRY. I would have done it and would have been proud and honored to do it. This is another reason I am in trucking now and one of the reasons I had my first run in trucking. Without the TRUCKING INDUSTRY, the United States of America would go on COMPLETE SHUTDOWN. Anything and EVERYTHING we own has been on or inside one of those 53 ft trailers we pull across this great country and on this INDEPENDENCE DAY, I must say I am TRULY HONORED to be a part of this industry.

Tomorrow on the 4th of July, on OUR INDEPENDENCE DAY, will be my 2nd day in Orientation here at CRST (Cedar Rapids Steel Transport) and I am so thankful and honored to be a part of this GREAT industry and just because I get to drive freight across this great land of ours, it makes me not just proud to be a PROFESSIONAL DRIVER but it also makes me PROUD TO BE AN AMERICAN.

To ANYONE and EVERYONE on here, VETERANS and TRUCKERS, THANK YOU for your SERVICE to this INDUSTRY and to our country.

Tomorrow, because of you all we will CELEBRATE OUR INDEPENDENCE DAY!!!!!!!!!!

Subscribing to my own topic here.

Feel free to put in your input here on how you all celebrate the 4th of July.

I'm as patriotic as anyone, and I agree that we all owe a debt of gratitude to our veterans. I really feel that more and more with each passing year.

My wife has been discussing American culture with me quite a bit lately. She befriends a lot of people who are outsiders for various reasons. Recently she had an encounter with some acquaintances who immigrated from Central America. They told her that Americans have no culture and said some other mildly insulting things.

One of my roles in our marriage is to declare certain people unfit for friendship, which I promptly did in this case, not because of their nationality, but due rather to the insults. (The missus is the one who mostly prevents me from going completely to that extreme, since she can find something to like in almost anyone. It makes for a good balance most of the time.)

Long story short, she's not hanging out with these particular ladies any more, but she's still trying to prove to herself that there is an authentic American culture. (I'm truly American, so I don't really care whether someone else thinks we have culture or not. The missus has lived in foreign lands, though, which has apparently made it important somehow.)

One of those cultural things is Independence Day. Most Americans can agree that it's a worthy holiday, though maybe a lower percentage than when I was younger.

So, having said all that, and with honesty that doesn't allow for political correctness, I tend to celebrate it in a very American fashion by getting mildly drunk and shooting off fireworks for the entertainment of my family and myself. Watching baseball is also a possibility. I can no longer recite the Declaration of Independence from memory, but perhaps this is the year to read it aloud for my grandson. That would probably best happen before the drinking has progressed too far, so well before the fireworks.

This will be a disappointingly amoral statement of facts for some, I realize, but it's the truth. Drinking, baseball, barbecued food, and fireworks is what it all boils down to. And avoiding arrest, too, of course, since fireworks are illegal where I'll be celebrating the Fourth. (Public intoxication may be too, but it's rarely prosecuted here. And of course I won't be that drunk. That would be unseemly.)

I hit some AA Picnics (sober for a long time - yes, boring, I know). And try to stay off the roads as much as possible - since it's a DUI-fest out there today.

Every couple of years, I might make a buy of some incredibly illegal fireworks, and put on a show for my neighbors.

For all who served - an EXTRA THANKS and my gratitude for helping keep us FREE.

For everyone else, take a moment to reflect on what it REALLY MEANS TO BE FREE.

I hit some AA Picnics (sober for a long time - yes, boring, I know). And try to stay off the roads as much as possible - since it's a DUI-fest out there today.

Every couple of years, I might make a buy of some incredibly illegal fireworks, and put on a show for my neighbors.

For all who served - an EXTRA THANKS and my gratitude for helping keep us FREE.

For everyone else, take a moment to reflect on what it REALLY MEANS TO BE FREE.

So true Rick, so true.

I spent my morning driving through some of her beauty. I am very patriotic. I was moved to tears of joy by her beauty. Proud to be an American. This has been one of my best Independence Day's.

My parents are originally from Russia. They fled Russia because of communism. The stories they tell me are too graphic to put in writing on TT to say the least. They fled as refugees to Italy and later to NY state. Years later they settled down in CA.

Independence Day is special for me because of the freedom I have but don't deserve.

Independence Day is special for me because of the freedom I have but don't deserve.

I am just curious, Daniel, why do you say you don't deserve your freedom?

They fled as refugees to Italy and later to NY state. Years later they settled down in CA.

When your parents did this, did they apply and were approved for American Citizenship? If they were both citizens when you were born, that would make you a citizen here. If you don't want to discuss this aspect of it I can understand and will leave it at that.

However, you LIVE in this country, the GREATEST country this EARTH could EVER have or KNOW. You SERVE your COUNTRY EVERY DAY when you are delivering your loads to your various destinations. In my book sir, you deserve the freedom a LOT more than the other people out there in this country that DONT respect AMERICA. Thanks SO MUCH for your SERVICE to this INDUSTRY and to this COUNTRY. You have helped all of us out here MORE THAN YOU REALIZE. Much respect I have for ya because of this. Thanks again.

This is one of the BEST movie speeches I have ever watched. Still brings me to TEARS EVERY YEAR on July 4th when I watch this movie.

Once again, I say: To ALL DRIVERS and VETERANS: THANKS SO MUCH FOR YOUR SERVICE TO THIS INDUSTRY AND TO OUR COUNTRY. We truly appreciate and HOPE you ALL had a VERY HAPPY INDEPENDENCE DAY and 4TH OF JULY.

CRST Van Expedited Military Veterans In Trucking Truck Driving Lifestyle Truck Driving Stories Trucker's Family Matters
Click on any of the buttons above to view topics with that tag, or you can view a list of all forum tags here.