I'm sorry, I misunderstood part of that.

Much of our freight has become regionalized. There are still a lot of opportunities to go all over the country though. Personally I think you'd find that once you've established yourself as a good solid driver at either one of those two companies you mentioned, they'd be willing to send you to whatever part of the country you requested. Daniel B was solo at Prime and he was in all parts of the country.

No worries. I totally get why companies are not enthusiastic about sending newbies over Wolfcreek Pass in January, and don't blame them at all. On the other hand, spending most of the year driving over roads I've already been on would be kind of heartbreaking for me.

Reefer companies are likey your best bet for cross country trips. I'm with Pride Transport - we go coast to coast from Day 1 and hit around 38 states or so. Pride is a 500 truck company based in SLC. They'll hire you from anywhere in the 48 on a drive/fly program if you can stay out several weeks or more, and hire from a smaller area if you need more frequent home time.

Cool, I will check them out. Thanks!

a sure fire way to get west is 1) request home time out there. 2) go into tge terminal for truck repairs then ask for a load west going out.

This might be the best suggestion of all. I don't really need much home time in my official home -- I'm single, no kids, and have just as many friends in other parts of the country -- specifically LA, Vegas and Spokane. If after a couple of months solo I request to spend my next home time at my friend's place in Spokane, would I get some runs over that way?

spending most of the year driving over roads I've already been on would be kind of heartbreaking for me.

I totally get what you're saying. We all love going places we've never been before, and you'll certainly get that opportunity. But no matter how many times you've been somewhere there is always so much more to see. Everyplace you go will have so many interesting and unique things to offer. One of the most fun parts about trucking is that you get to actually explore new areas from time to time, not just pass through. But even when you are just stopping for a short time you might find the time to seek out a little family diner or a neat little tourist trap that you won't find anywhere else.

Going places you've never been is always cool, but so is getting to know places you don't know that well.

Refrigerated carriers are indeed your best opportunity to see the entire country. It may not happen right away, but you'll figure out how to make it happen as you get to know the people you work with and you learn how your company operates.

Schneider does have opportunities to go out west within the first year, but its mainly in the summer months when the Colorado chain law is lifted. I've been with Schneider for 1.5 years and made it out to southern California last August. By that time, all the snow on the Rockies was melted and I-70 was nice and dry; I was carrying 15k lbs, and I still climbed at 35mph! It definitely was a beautiful drive, but I wouldn't want to run it during the winter months personally.

Also, Schneider doesn't voluntarily teach you how to chain up as they'd rather you park it than have to run with chains.

Speaking for myself, Prime flatbed wasted no time sending me all over the place, so I don't understand why your recruiter would say that. I went over the Rockies within a month, and saw all but just a handful of states in my first 6 months. However, I still haven't seen Montana or North Dakota yet. But that's just because we don't have a whole lot of freight up that way.

Huh? Prime told you that your first year you would be east of the Rockies? I can assure you my first year at Prime I hit all 48 states.

Ayup. Just got off the phone with recruiter an hour ago. West Coast only if I was part of a team, not solo.

This doesn’t make any sense. I’m teaming right now and have been to MO, KS, ID, TX, IL, WY, NE, FL, AZ... wait are you doing reefer or tanker or flatbed? Tanker mostly run out east!

I was told the same thing from my fleet manager. But here is the reasoning. West of the Rockies has a lot of produce loads, and as a solo driver, the produce will show signs of decay by the time you're able to get it to the DC.

With that being said, I've had plenty of Washington, Oregon, Utah, and Cali runs. Most of which were in the winter. (Lease ops seem to not want to run in the snow?) Prime has plenty of freight and after you prove yourself, you should have no problems getting out west. Just don't expect to only run the west. Everyone has to take the bad (east coast) with the good (western). There are a lot of beautiful sights all throughout this country of ours.

The primary person a driver communicates with at his/her company. A dispatcher can play many roles, depending on the company's structure. Dispatchers may assign freight, file requests for home time, relay messages between the driver and management, inform customer service of any delays, change appointment times, and report information to the load planners.
Eddie F.'s Comment

Huh? Prime told you that your first year you would be east of the Rockies? I can assure you my first year at Prime I hit all 48 states.

Ayup. Just got off the phone with recruiter an hour ago. West Coast only if I was part of a team, not solo.

This doesn’t make any sense. I’m teaming right now and have been to MO, KS, ID, TX, IL, WY, NE, FL, AZ... wait are you doing reefer or tanker or flatbed? Tanker mostly run out east!

Yes, if you're teaming you can go anywhere. What he told me was that newbies who are NOT teamed are limited to the eastern 37 or 38 states. I don't want to be teamed.

He also mentioned that I'd be required to get a tanker endorsement, so maybe they're steering all new guys to that now? I dunno.

Does anyone have any insights on what Rainey suggested? If after a couple months on the job I just started saying "I wanna spend my next home time in Spokane/LA/Vegas/etc." would that get me routed over there?

What Diver said about the produce loads makes sense. I'd imagine alot of the reefer loads will be time sensitive like that.

The tanker endorsement is because you'll sometimes be hauling liquid containers inside your reefer, thus requiring the endorsement.

Yes you can totally request time off or hometime anywhere. I live in NY, and thus far have successfully taken hometime in FL, CA, and NV, in addition to NY. It's not a problem provided you give them a cpl weeks notice. However, getting you to that area might sometimes mean short, undesirable loads designed to get you there. For example, if you want Vegas they might by chance have a load going there, but it delivers a couple days before you requested. So you may have to take a short load or two to keep you in the area.

It's kinda that way for hometime anywhere, really. 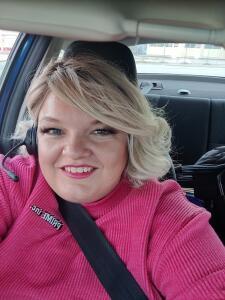 We have vegas loads i just delivered to americold in henderson nv as a solo. we have potato flakes from idaho that are dry. just because we are reefer doesnt mean we dont run dry loads, we just turn off the reefer. Diver Driver and i both run Exxon Mobil Oil quarts dry.

you dont have to wait for a couple of months either. you can take home time anywhere usually 2 weeks after you go solo.

Eddie F., I’d talk to another recruiter at Prime, Inc. I say that cause my initial recruiter told me I didn’t even qualify. Obviously that person was completely wrong since I’m now in my TNT training phase of Prime’s program. Good luck.

Prime Inc Schneider National Advice For New Truck Drivers Choosing A Trucking Company First Truck Driving Job Team Driving
Click on any of the buttons above to view topics with that tag, or you can view a list of all forum tags here.