Page 2 of 13 Previous Page Next Page Go To Page:
Truckin Along With Kearse's Comment

There is a huge culture here of company vs lease. the lease ops push it more than Prime. I was asked once.

As far as your Hazmat , you will test in UT then the scores will transfer to CA. You can then take the written HAZMAT there in CA and take the results to TSA or other verfication office and pay the $90 or so. It took 4 days for mine to come back (they say 60 days it will take). Then you take that approval letter to DMV and get rhe CDL upgraded.

Oh and Springfield has a TWIC office so im sure SLC has something similar. When PSD test out in MO, they then sign all the employment forms and apply for TWIC and get fingerprinted. The cards come in within a week or so, and you will be routed back to the terminal to get it. Its probably similar there.

They show the "average" take home for lease ops after all expenses is up there, like $1,300 solo

Funny how they don't tell you what a top performing company driver averages.

I don't have the net take-home figures in front of me right now but here are some gross weekly numbers from me. Taking away my days off and vacation leaves me 44 weeks that I worked in 2018. Based on my yearly amounts I grossed an average $1578 per week.

So depending on your particular tax/deduction situation you could possibly match or even surpass the L/O income. Plus you'll have risk free employment, benefits, retirement, comp, new equipment, etc etc.

Don't listen to the lease ops. By trying to suck you in they're really just trying to convince themselves they weren't suckered. Simple math doesn't lie.

I can confirm Turtle is telling the truth. I see his miles from the settlements. I didnt want to sound like i was bragging to dispute it, but you are right Turtle.

They have a phone message that says this and i think it is a horrible figure for a lease op! The same message says "The average TnT lease ttainer takes home $2300 per week so you are losing $1000 per week.by not training. I spit out my drink laughing when i heard that!

My boyfriend is lease and he heard the message and said, "good, i make more solo than a TnT trainer. I do t have to train anymore".

And people forget that $1300 is AVERAGE which means there are plenty bringing home $700 to $1000 per week as lease. They also dont exolain if that "take home" is after taxes...which it isnt cause Prime wouldnt have those figures.

This will blow your mind

2600 miles is an easy week and totally doable consistently. 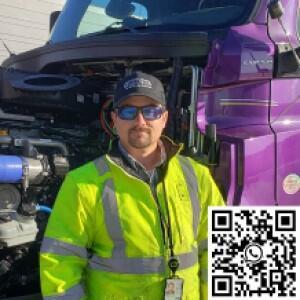 Thanks Turtle & Rainy, I really appreciate the great information you consistently offer. I'm hoping for a condo, since I will have a rider with me from time to time.

Another myth. you dont need to hope for a condo..just tell them you need one and plan to bring a passenger. i never had a LW

Another myth. you dont need to hope for a condo..just tell them you need one and plan to bring a passenger. i never had a LW

At what point do I do that?

I’m personally not a fan of lease . My company offers it and I’m slightly considering it, not because I’ll consider myself owner op , as you’re not owner op til it’s paid .. but because with my company you can choose where you run when you’re lease op , and I hate the east coast ... so to me that may be worth it ... still company driver , will debate it in the future

Prime Inc Company Sponsored CDL Training Company Trainers First Solo Months On The Road First Truck Driving Job Home Time On The Road In Training
Click on any of the buttons above to view topics with that tag, or you can view a list of all forum tags here.