Page 1 of 3 Next Page Go To Page:
Dave in Tulsa's Comment 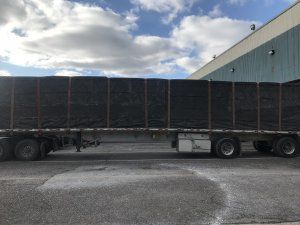 Due to running out of fuel on my very first load because of a faulty gauge, I always use mileage to figure gallons left. My tractor also has a display showing gallons used that is much more accurate than my fuel gauge.

Also of note, I can’t put the maximum amount of fuel in my tanks because the fill hole isn’t on the exact top of the tank. There is still some room in the tank even if they are filled right up to the cap. I run two eighty gallon tanks, at maximum capacity, I’ll be on the side of the road at 130 gallons used.

After a while you will get your truck figured out as far as fuel left. When mine gets to 1/8th tank and the light comes on I know I got to find fuel within a hundred miles. On the old International day cab I had on the farm when it got to a 1/4 tank I better be finding the next place to stop.

I see a lot of experienced drivers recommend actually looking in your tanks during pti for this very reason, you never know when your fuel guage is going to go out on you. Also if one of the fuel vents cracks it will cause the excess fuel to always drain to one tank or the other. My trucks guage gets wonky at and below 1/4 as well, however since we should consider 1/4 empty its not a big deal as I am usually rolling into my fuel stop at or before this becomes an issue for me. Id make your company aware of the potential guagr issue and hopefully they will fix it.

I figure 1000 miles for a full tank. Yes, depending on light weight and lack of mountains i could get more. but figuring 1000 miles i will mever get stuck anywhere.

I think the truck manufacturers build in a safety factor that "encourages" you to get fuel before you run out. I always had two 100 gal. tanks and several times my fuel stop was still ahead when the 'low fuel' warning light came on. The most I ever put in at those times was about 140 gals. Theoretically, I still had 60 gals. left but I sure didn't want to see exactly when I would run out.

And the Bi-Polar lady from the planet of Qualcomm would always tell me that I had arrived at my fuel stop (which was so helpful, otherwise I would have never known), and I was going to need, for example, "143 gals." of fuel. Well I could almost always subtract 20 gals. and be accurate with the lower number. I almost always topped off my tanks and could usually squeeze about 10 more gallons in after the auto cut-off. Sometimes in real cold temps, it's better to run with lower tanks, but that's a whole different discussion.

I figure 1000 miles for a full tank. Yes, depending on light weight and lack of mountains i could get more. but figuring 1000 miles i will mever get stuck anywhere.

Schneider wanted us to keep no more that 3/4 tank during that extreme cold last winter. The lower volume helped keep the fuel that was left to circulate warmer. They said it helped eliminate gelling.