Hello, fellow truckers. I got my Illinois CDL last month. However, I had an back out accident (not truck, my personal Vehicle) in a parking lot in state of Delaware in the beginning of September, while I was traveling. I was backing out from a parking spot then my vehicle was hit by another vehicle. I was at least 2/3 of the car backed out and no car was parked on both sides of my vehicle. My car was hit from the side, where the rear bumper and back passenger side tire are. The driver who hit me was panic and since she couldn’t speak English, i called the police. No one was injured. I also believe that I have no way to avoid the accident from happening, as I was slowly backed out and after I was backed I have at least 2/3 of the car moved outside the parking lane. However, the police came and said she has the right of way. I understand that, but since my car was backed out 2/3 even 3/4. I did not think I can avoid the accident from happening. The cop did not give me citation nor ticket because she said the parking lot was a private property. She even said she would give me a citation if is on a road. Both of us was reported to the insurance and now is under investigation. The initial investigation said should be shared responsibility. I am trying to get a job after the trip and I do not know if I should mention it when I apply. If yes, would it influence my chances from getting a good truck job? Would this collision report on my mvr? What should I do? Please help.

You have to include it in your applications. The police were called so I'm guessing there's an accident report. It's likely to come up in a background check.

When you're applying for jobs you have to lay it out and be upfront about everything. They don't take your word for it, they look into it. They're going to dig up everything they can from everywhere to make sure they're hiring a qualified individual.

The impact it has on your application depends on the company's policy on handling it. They're not all the same. One company might say no and another might say it's ok. Won't know until you put in the applications.

When discussing the accident with your recruiter, take responsibility for it. Saying you were 3/4 out and it's the other person's fault won't get you far. It's your fault. Cars in the travel lane always have the right of way. You did a bad job of backing up. It happens, but 100% your fault.

Just explain that accident to any perspective company just as you did here. Don't try to hide anything from your past because the big companies do extensive background investigations which may uncover it later. I don't think it may show up, since no citation/private property. Any backing accident like yours happened will be your fault for failure to yield, as the LEO told.

This should not be a major stumbling block for getting hired, as long as you don't have any other accidents on your recent record.

Law Enforcement generally will not get involved with private property fender benders anymore. They just don’t have the time for it. They just let insurance companies handle it civilly and depending on the agencies policy there may not even be a report. When you apply to companies answer their questions honestly, but just answer the question. For example: Have you ever been involved in a serious traffic accident. The correct answer would be no in this case and leave it at that. Example 2: Have you ever been involved in a traffic accident. The correct answer here would be yes. Answer only what is asked, but honestly. As said each company has their own weight they give to aspects of the application. Best wishes for you going forward. 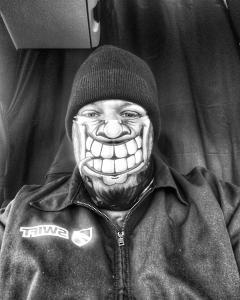 When you're explaining the accident leave the personal opinions and beliefs out of it. They don't matter. Unless a police officer or insurance adjuster said you weren't at fault or you couldn't have prevented it then it's best to not add your beliefs. Remember everyone is innocent in jail.

Based on your description, you had no one on either side of you. Which means you had a clear view of the travel lane. If you saw the other vehicle then you misjudged their speed and the time necessary to complete your maneuver. You failed to yield the right of way and were involved in an accident.

Look at it from safety's perspective. Then add trying to push fault or blame off yourself.

It is possible to find a job, but be prepared to hear no. You got your license a month ago and was planning on finding a job when you got back. So I am going to guess you went through a private school. No one has a vested interest in you and now you're a risk. Anyone seeing a pattern here?

Good luck to you.

Thank you all. You guys are fantastically nice and helpful. I did not expect respond so quickly. The insurance said, the lady was speeding, but I still own 60% of the fault. She did not even claim my insurance. My insurance told me they would not get involve as I have a liability insurance. But if yes, they said it should not be my fault, at least split responsibility 50/50. I will take this as a lesson. What I care about is my career after all. All the answer from you guys are helpful and I am sure I can be a more careful driver after this one. Drive safe everyone, Thanks again.