I have always wondered what it is like operating cargo trains. I noticed a member commented in another thread they had worked in that business (I believe), so rather than derail that thread I thought I'd start one.

So anyone got any insights into what it is like working with/ driving those beasts and how it compares to the trucking lifestyle/pay id love to know!

so rather than derail that thread

I see what you did there

My Grandfather on my father's side of the family. Graduate from a college with a bachelor degree in structural engineering and design or something like that. While going to college in the day time at night he worked for Union Pacific rail road, I think as I recall he did labor work moving supplies, loading and unloading box cars. He graduated a little before or after the start of the second world war. He ended up volunteering to enlist in the Navy. I forget what he originally did, but in 1942 the Navy put together a group who then and now are known as Seabees (Naval combat engineers) in 1943 they came looking for Grandpa. Grandpa told me once long ago the first time he heard the name Seabees he thought people were actually talking about a bee that lived in, around the sea/ocean

So Grandpa join and spent the next year bouncing around the south Pacific. War comes to an end and Grandpa goes home gets a job with Union Pacific doing maintenance, his job was to repair damage box cars , and then move them to various areas. He was also responsibile for something else in the yard I forget what. However he had been with them a year and had gotten to go on several rides, he got Assigned to some rail replacement section because Union Pacific had decided to change or add some route. The area they wanted to go through present several challenges. My grandfather and several others were assigned to solving the issues with laying down new track because they had all been in some military construction unit. then later it was decided it should connect with the original tracks he and the others had been sent to replace. He described it as as bleeping nightmare and Drew a picture of a bunch of circle running together trying to describe it. Unfortunately his career with Union Pacific was short lived. Another worker needed a Friday night off. My grandfather was off Friday and Saturday. So he took the shift over time, he had two kids and a wife to support. Around 9-10 pm he was controlling the switch moving box cars on to different tracks. He had did it a dozen times before. He said everything was going fine, he turned to signal another employee to open a track that would allow a car to roll to his position The employee open the track and the box rolled down to where Gramps was he connect it with another car and as he turned around, coming down the tracks was a second box car. Gramps wasn't near anything that he could use to break or stop the boxcar and the only available track would have had it collide with something else. So with only seconds to spare Gramps turned and leapt for a ladder on the back of the box car he had just connect. He started to pull him self up when his left leg slipped and it drop just as the run away box car smashed into the one he was clinging to. He said it happen so quick there was no pain, he said the one car bounce back and rolled back up the tracks and started down back towards him, he said several other people rush to him and pull him clear before the boxcar hit a second time. He said because of how he was dangling the box car would have crush him. He ended up losing his leg, a few years after the accident there was some type of settlement. Gramps said he had became a bitter alcoholic, his wife divorce him, she some how got more than half of the settlement in the divorce and moved to San Francisco and invested in real estate . That was in the 1950's by the 1970's she had tripple her money she got from the divorce and by the 1980's she was a multi millionaire with more than two dozen rental properties spread throughout the San Francisco area and in Oakland. While the divorce was nasty, after the divorce my grandma set up accounts so my grandfather wouldn't blow through his money . He eventually got sobber and later got an office job which he held for a decade before retiring and living a quiet and comfortable life for another 40 years before passing away in the early 2000's

The primary person a driver communicates with at his/her company. A dispatcher can play many roles, depending on the company's structure. Dispatchers may assign freight, file requests for home time, relay messages between the driver and management, inform customer service of any delays, change appointment times, and report information to the load planners.
Devil's Comment 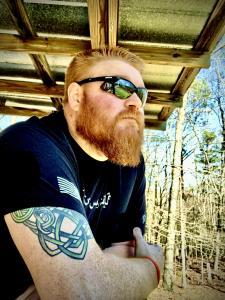 I worked for a Class 1 RR for 8 years. As a Locomotive Engineer in the area that I lived 90-100K was not unheard of as far as money goes. Benefits is the major draw as the cost of Insurance is minimal and the retirement in my opinion is second to none. Operating a Train and Consist is not comparable by any means to that of driving a truck. Starting out is the hardest part as it was seniority based in craft service (non-management). Furlough was common, especially within the first few years. FRA was way ahead of the governing DOT when it comes to certifications/licensing, decertifications, and HOS. Not only are you capped on hours on-duty in day, but you're also capped on days consecutive worked as well as hours in a month. I enjoyed my time with the RR until my job went away during the early 2000's war on coal. Hope this info is helpful to you.

Driving a train, no. Working around train, yes.

My first career I was in the merchant marines. I worked for a large tug boat company hauling train cars from Seattle to Whittier, AK. The hydro train. The deck crew assisted with loading, unloading, and securing the trains. I crawled over and around hundreds of train cars.

When we loaded the strings of cars on the barge two of us would help with securing and uncoupling each string. The engine up in the yard would bunch the string and hold it while myself and another deckhand chocked and secured the last wheel of the string. We used beam clamps, chain, and steamboat ratchets. Once secured the railroad employees would uncouple the cars. The engine would pull the remaining string off the barge and we’d adjust the barge for another string of cars. Repeat until 8 strings were loaded.

Next we would lash the cars to the barge. Using screw jacks, chains with toggles, and ratchets we would create a hard point on each corner of every car. Jacking up the super structure and then ratcheting the frame against the jack.

I got intimately familiar with knee pads and hard hats. My first trip I took a set of Helly Hansen rain gear. One or 2 days into lashing and it became mostly duct tape. I bought heavy duty Grunden gear after that, I still have that set! (20 years later). I’ve spent entirely enough time on my knees in Alaska. It was an interesting career.

As for operating trains, I’ve heard that it is very hard to get into.

Thanks for the info guys, just something I always been curious about

Its not Cargo trains but if you have an interest in operating a train (as a hobby) you could see if there are any railroad museums in your area. Relatively close to me is the Boone IA Railroad. We took the kids up there for a real train ride and they kept emphasizing the need for volunteers. For this specific place they told us they operated completely on volunteers and even rely on them to run the train (its a private track) which they train (no pun intended) you to do.