Hola, I have a question someone may know the answer to. I was on 11W in Tennessee earlier around 20:30 or so with and empty trailer. Speed limit was 50 I believe and I was at 42-43. I was coming up on the intersection when the light changed yellow, I was indebted to the light as trying to stop wouldnt have been safe. As I went through I saw multiple flashes I assume was a traffic cam for red light runners. I know with cars they mail the tickets to their address. Should I be concerned about a ticket and if so who do they mail it to? I really had no choice but to hit through on yellow with the trailer passing through on red or I would have ended up in the middle of the intersection. I'm pretty good about stopping when safe and anticipating changing lights but this one was a quick changer. Anyone have this type thing happen to them or can shed some light on it for me? 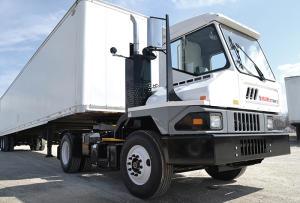 I believe it is where the TRACTOR is which counts but don't hold me to that.

Anyone know for sure, especially in IL? I may have been close in a 4-wheel van pulling a utility trailer a few werks ago. Nothing yet!

Ticket is mailed to the REGISTERED OWNER of the tags.

Ticket should also display where the vehicle was at multiple phases of the light change (yellow to red).

One part of the equation is how far from the "stop bar" (as these citations usually have to show one as a legal point of reference) when the light changed from yellow to red? As long as a part of your vehicle is "over the finish line" at the time the light changed, you're in the clear.

Many of these (in the case of TT's) get dismissed at hearing - due to the "inability to safely stop", at the time of the change to red - again, especially in the case of a 70' rig (empty or not).

In either case - if your company gets the citation (which is still questionable, even if you did see flashes) - they will pass it along to you, if it can be identified as YOU who had the trailer that got caught.

Many of these systems aren't calibrated correctly for 70' rigs. The citations typically include 2-3 pictures of the offense. If the only shots are of THE TRAILER - you can likely get it DISMISSED - based on the fact that the FRONT of the rig, was past the stop bar when the light went red.

AS IN ANY CASE OF CITATIONS - if this one end up in YOUR LAP - GET A LAWYER AND FIGHT THE TICKET - EVERY SINGLE ONE. Either they get reduced or thrown out.

Many jurisdictions have stopped using them. The "inference" was, that they enhanced public safety by preventing "red light runners" - what they END UP DOING, is either having people GUN IT to make the light (unsafe), or SLAM ON THE BRAKES to not risk getting caught on camera (and causing rear end collisions). Studies have show that these cameras actually make intersections LESS SAFE. Some jurisdictions still use them - because they are EASY MONEY (even though the companies that install and monitor them, make a lions share of the proceeds), without having to use LEO's for enforcement. A few places have had constitutional challenges - such as: the people who monitor them are not sworn LEO - lack of ability to challenge your accuser in court. Many judges down my way - just dismiss them summarily if you take the time to actually fight them.

I had a conversation with a client of mine (attorney) who was also a state representative at the time they brought these down here. He whined about intersection collisions and how they would make people safer. I called BS on him. Told him - you want to enhance safety? program an additional two second delay between the red on one side, and the green on the cross side. Drivers will be able to get clear of the intersection, before the cross traffic gets the green.

They are illegal in IL in most placed and do get tossed if fought.

In VA, it's a license suspension if you don't pay it NLT the day of conviction. Not something to be ignored.

Yes I definatley will fight it and not ignore it if I even get anything. Great reply Rick, thanks. I was mostly wondering who they sent it to and if they could even tell a tag # from a semi. Hopefully it wont even get sent but if it does i patiently await my day in court. A few days earlier in Carlisle Pa i was empty and I stopped for a similar light, the trailer tires locked and smoked during what i considered a fairly mild braking. It was an older trailer without abs. Oh well, it's just a waiting game now.