No, They Aren't All The Same 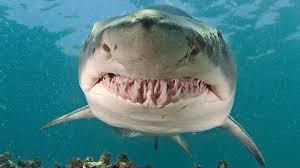 So I just read the post by Brett about being less harsh. I decided to make this post that may run against the grain.

After reading several (many?) posts about what company to start with, the consensus seems to be: most are the same, the important thing is to put a year in and then look at your options. I beg to differ. Yes I have limited experience. I started with a small (10 unit) outfit that flaunted many rules. I tried to make it work at TransAm. This year I am with PTL.

The difference between PTL and TransAm is night and day. At TransAm from the moment orientation started, the lease program was shoved down our throat. The pay was $1.05/mile (minus 5¢ for taxes?). You can do the math and see what a terrible deal that is. After the 3rd day when the lease sign up period was over, there was a noticeable difference in how those of us that declined were treated. At PTL the lease program was never mentioned. I only know we have one because I saw what looked like a 10 year old poster on the wall in the driver's lounge!

At TransAm I had 2 trucks and spent 6 out of 10 days broken down/waiting for repairs. I spent hours both times waiting for a response from the DM when I broke down without receiving a response. At PTL I can contact Road Maintenance directly. I have an older truck that's had some issues. Every time that I've called RM they have been there for me.

At PTL when I drive into the main terminal , I have to go through the inspection station. Guy asks me about any issues. Then he gets on a crawler and goes under from the back of the trailer to the front of the truck! Then it's on to the truck wash. All before I can park. Nothing like that at TransAm.

Even though PTL to me is head and shoulders above TransAm I still wouldn't recommend them for someone without experience. The training consists of going with a trainer for 10,000 miles (phase 1). Then they put you as a team with someone else that's only been with a trainer for another 7,500 miles (phase 2). So two people who know next to nothing together. As Winter settles in, I wonder how that works out.

Two that I would look for: 1-how many drivers are company vs lease (TransAm states that 70% of the drivers are lease)? 2-how long(short) is the training?

A company like Prime where I've read that the training period is 40,000 miles sounds like a better place to get a foundation than a company that gives you a few weeks with a trainer then hands you the keys and says "good luck".

Would you be surprised if most of Prime's drivers were lease operators?

Well I don’t know anything but A PTL recruiter was at our school today, and the guy was amazing. He spent 40 of his 45 minutes talking about trucking in general, and how to be successful.(preached most of the same stuff the vets say here) and only 5 minutes on why I should work for ptl. It was impressive and informative.

Villian I think you took the overall statement a bit literal. Yes all the big companies are basically the same in regards to largest volumes of freight, newer equipment, alot of support staff, and the order of the day is to move freight and make a profit. Those are all true.

Now how the companies do that is varied. They are not clones of each other. In any organization you have people. Those people are what shapes the company. The bigger and more people there are, the more chances some may be duds. Every company has great people as well. Also company culture is shaped by people. Those at the top generally set that culture. If they are duds then it trickles down. However if they were not making money they would not be there.

I have been around the industry 6 years and I have learned alot. I can name companies there is no way I would work for as well as several I would. They are all a bit different the way they are run, but the job is the same.

I am glad you found a company you like. Focus on doing your job the best you can and build great relationships in the office and you will do fine.

My strategy with regard reviews for any product, restaurant, company, etc, is to focus on the bad reviews.

1. Are they articulate and reasonable?

2. Do many bad reviews have the same complaint?

3. Does the reviewer have anything positive to say about the product, restaurant, company, etc? The relates back to point one. I rational reviewer will concede the good points.

There is another thread going about funny company reviews, which emphasizes the need to be critical in the information you use to judge a carrier. A bad review from a bad reviewer can actually make a company look good.

Even before I found TT, I watched some YouTube videos about Prime. They were "why I left Prime" or "Prime sucks." First, most of the former drivers conceded that Prime has a good training program. Second, based on what the driver said in the video, I blame their failure to succeed on them. Not Prime.

I would also add to PJ's point about people shaping the company. This doesn't just apply to trucking companies. You have good and bad people that will make any company good or bad. But completely separate from good and bad, you simply have different personalities. For instance, there are some faith-based carriers for whom religious beliefs are important. If that were important to a driver, they might want to drive for one of those companies. IMHO, part of selecting a company involves understanding yourself and finding a company that has a similar "personality." This goes to your point, as expressed in the title of the thread. They're not all the same. But its not just good and bad. It's different. Again this is not just trucking companies. Workers will thrive in an environment of "empathy, encouragement, and inspiration." But that environment is different for each person. Just because one driver didn't thrive at company X, doesn't mean another driver won't thrive there. And just because the first driver didn't thrive at company X, doesn't mean he won't thrive a company Y.

That being said, as PJ points about, no matter what the company personality, they need to perform well enough to survive in a competitive market or they won't be around for long. Every company needs drivers that will help them survive: top tier drivers as repeatedly emphasized here.

TransAm Choosing A Trucking Company Company Sponsored CDL Training Company Trainers Leasing A Truck
Click on any of the buttons above to view topics with that tag, or you can view a list of all forum tags here.