I was spreading pieces of a Zimmatic watering unit in a field today in Utah with a couple of buffalo farmers and got this message. It's easy to keep your head down and grind but getting a nice message from your teammate really put a little kick in my day.

Also some pics of the delivery. 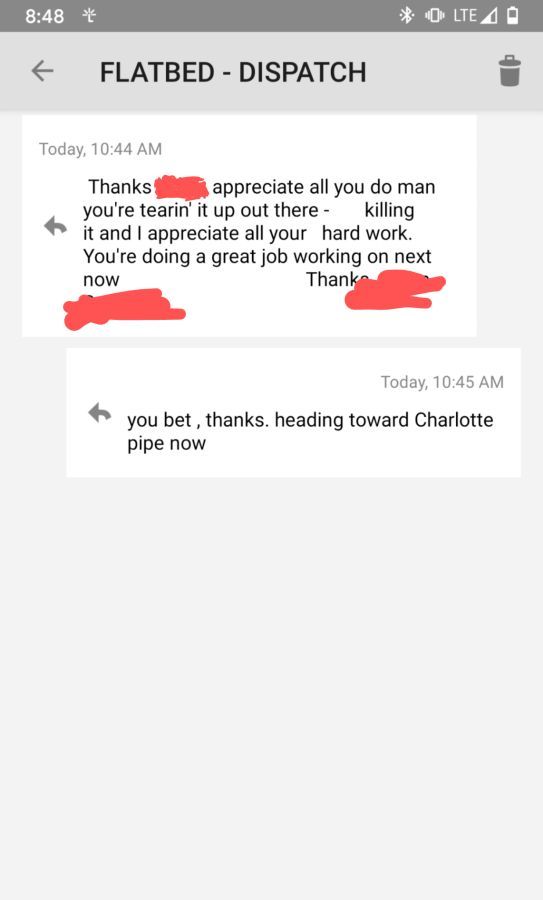 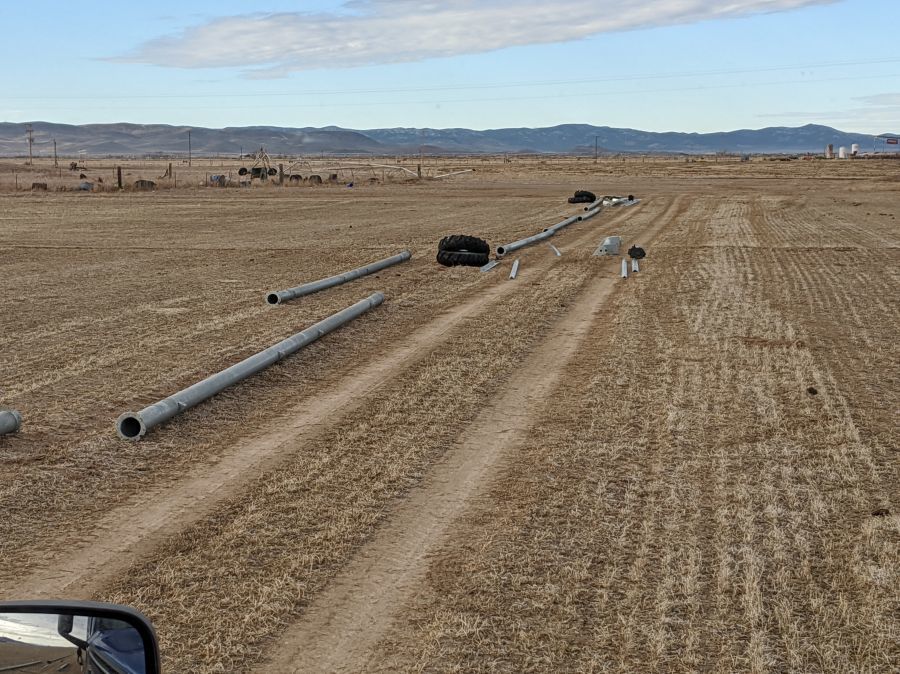 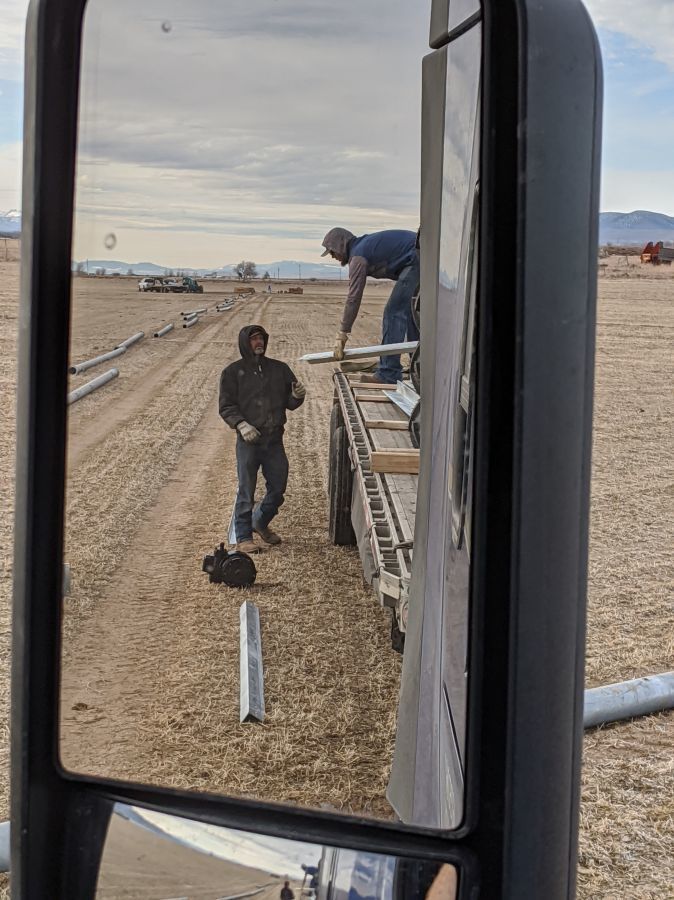 This father and son team are one of the most efficient and used installers. The dad has over 1000 units installed and has it down to a 14 hour system with 3 people!

Explain more about this delivery in detail, please.

We have all seen them while driving. Pivots they are called, large wheeled watering machines that move in circles around a cropfield.

The units themselves (starting around $75,000 installed per my receiver yesterday) are loaded like a Lego kit on a flatbed trailer in Lindsay NE. Boxes, tubes, tires and angle iron.

Upon arrival I was positioned at the concrete base (about a 5' x 5' slab) that has four foot thick corners and two foot thick center. This also houses the plumbing connection. 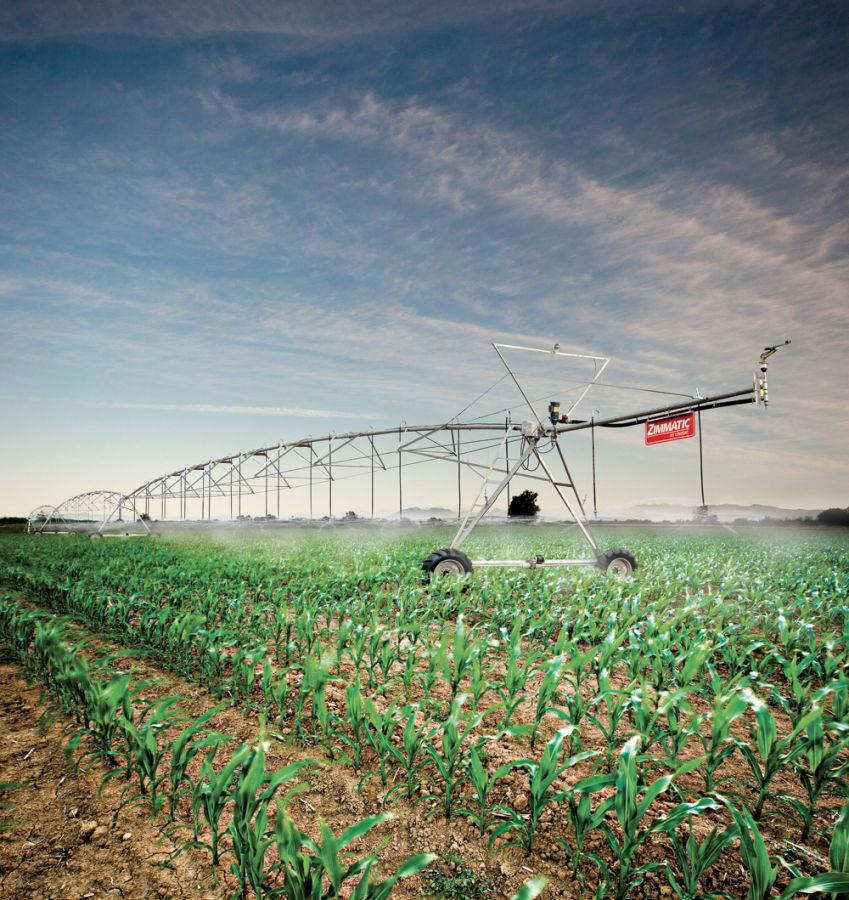 The pipes are on the very top of the load and are the first to go. The guys are on the flatbed, one in front and one in back, and then I move slowly forward and they quickly roll each section off as I drove straight out away from the base.

Once all the tubes are off, I offset my truck a few feet to one side and back up while they unload each wheel section, tires, motors, the angle iron etc. Then we drive forward again and they offload the tension rods all the way out again.

I had delivered one of these in Delaware but the crew just dumped it all on one area and complained to each other that they ordered wrong parts and who was going to break it to the boss etc. Night and day difference with these two guys.

So I imagine by today this farmer has a nice new watering pivot unit that he can control with his smart phone from anywhere. Pretty cool.

The first time I delivered one of those irrigation loads I had to follow the guy to the site. I knew I wasn't in Kansas anymore when I had to negotiate a super tight turn onto a narrow dirt road literally in the middle of nowhere. Then when he told me to pull off into the cut-cornfield I was like "uh say what?"

It was a pretty cool process, and you did a great job describing it SS.

Side note: an irrigation load holds the record for the most straps I've used on a single load. I was freshly solo and a little unsure of how exactly to secure the load. In the end I had 26 4inch straps thrown over that sucker!

It's easy to keep your head down and grind but getting a nice message from your teammate really put a little kick in my day.

Amazing job, man! Super psyched to see that message from dispatch. Keep killin it out there! Those who perform best and build the best relationships make the most money and get treated the best. High-performers love a system like that. They get the rewards they deserve.

Thanks Brett. Honest to all, there isn't a single thing that has surprised me in my first year still due to my constant engagement with this website in the time prior and during my employment with Prime. Everything from income to home time, equipment and culture has been right on the mark.

Turtle, I think the count was hovering at 22 on this one. You must have really busted all the binders out. I'd much prefer this loading job in lieu of MBCI or Bluescope where they put the little boxes and loose items on the very top though.

My ride out to the site 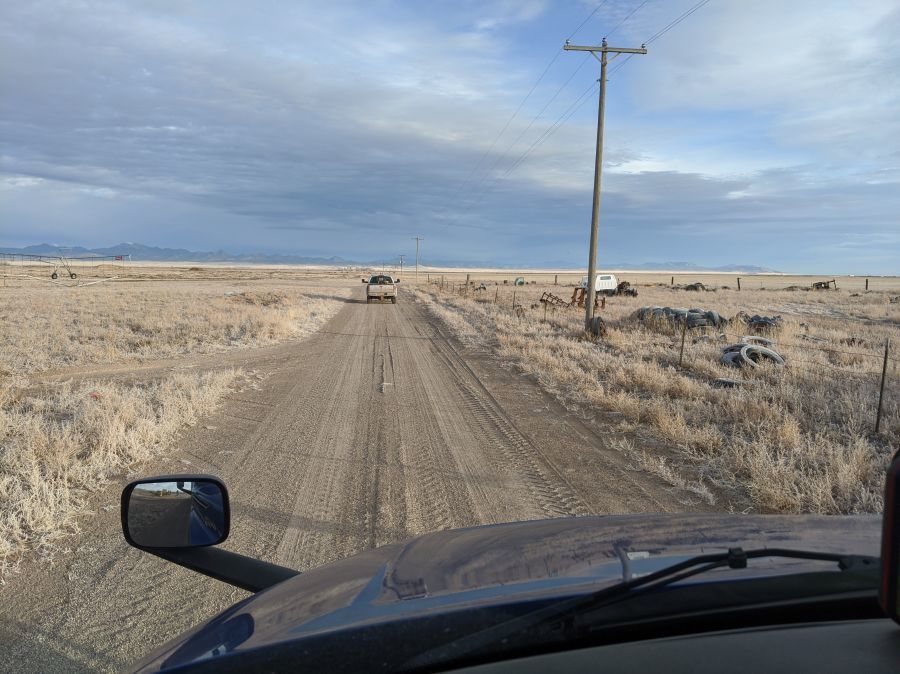 Awesome job! I kinda regret not getting into flatbed. I love seeing some of the stuff you guys haul. I wish y'all would revive the Flatbed variety thread. I get jealous seeing the awesome stuff you guys haul and here I am stuck with boxes of yogurt and lunch meat daily. 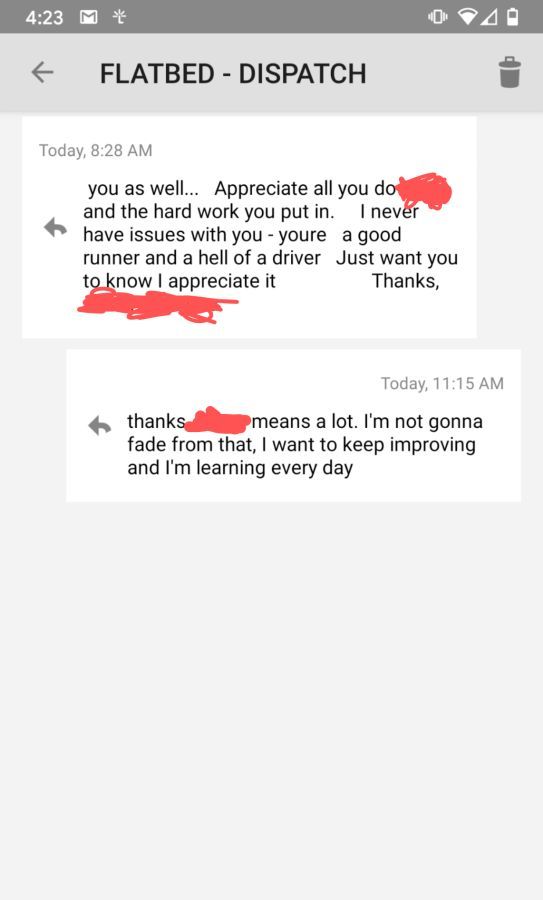 As far as the not giving trouble part, there's been an issue of concern with fueling out of network request for company drivers lately. That and folks putting wrong trailer numbers in the inspection macro. I guess that's a more destructive issue than it sounds.