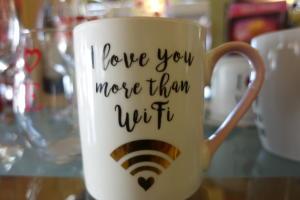 The People United Against Tyranny

Please take a step back and understand the big picture. Then, let's continue this fight together.

Today's protests aren't just about racism. It's far more than that.

This is THE PEOPLE unified as one against tyranny.

Let's keep it peaceful, but be loud and be bold. We must be heard. Let's stay united. Let's make sure this never happens again.

I totally agree with Brett's above quoted comments. There is only one addition that is needed to what you say. You limit your anti tyranny message against "government" ... But that is slightly inaccurate because it is incomplete, and I'll explain why further down.

What is 'our government'? This is an absolutely crucial question. Let's see!

They will claim that it is 'government of the people, by the people, for the people' ... which sounds very nice, but today that is a not the case. If it were really true then all that you said above would not have been necessary. I'll get to it in a minute, but first a few words about a fundamental structural design flaw.

Well, our's not a democracy by design. The US was never meant to be a DEMOcracy. It was designed as a DEMO-GEO-cracy. Land has more political power than individuals. Example: North and South Dakotas plus Wyoming and Montana have about 3 million people but 8 senators and 12 electoral college votes. California, on the other hand, has over 40 million people, has only 2 senators and 55 electoral college votes. So what is the per capita political power of a citizen living in California vs. one living in the four northwestern states mentioned above? You do the math.

Brett, I agree with you 99.9% ... (the only reason I can't say 100% is because my math professor taught us during the chapter on LIMITS that LIMITS can be 'approached continuously', but never reached. Lol)

Liahos, though I don't disagree with what you're saying, I think it's more or less a bunch of technicalities that muddy the water. The point I'm trying to make is very simple - the people in charge have abused their power. They have ignored the Constitution, overreached with their power, and stomped on our rights and freedoms. We need to let them know it won't be tolerated.

I don't care who is in charge, as long as they understand that we must be allowed to make our own decisions. It is not their place to issue orders that lock us in our homes, shut down our businesses, and prevent us from visiting our own mothers.

There's a very good reason that lawmaking is a complex process. If you let a small group of people decide unilaterally that they can pass any law they please at any time for "the good of the people" without the people's consent, you have a dictatorship which inevitably leads to authoritarianism and tyranny, as we've seen.

Fortunately, we've also seen that in the Western World that sort of abuse of power will lead to an explosion of activism. I'm confident the violence will stop soon enough, but I'm very confident that there will continue to be waves of civil rights activism for years to come, leading to sweeping changes to our government and big businesses in the coming years.

I'm incredibly thankful that the people responded the way they have and filled the streets all over the world. Even with the government and big business controlling the entire message, including big media and censoring social media platforms, you can only hold people down for so long before they erupt.

Tons of people predicted this would happen. I'm thankful it did. We need to make sure the people running the show know where the boundary is. They tested it hard and the powder keg blew. This will be a lesson for the ages.

Sorry, THIS is the post I meant to respond to ... instead I mistakenly quoted my own earlier post.

Brett, I agree with you 99.9% ... (the only reason I can't say 100% is because my math professor taught us during the chapter on LIMITS that LIMITS can be 'approached continuously', but never reached. Lol) 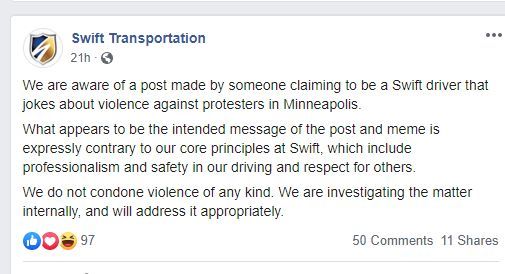 Jokes on you I never had social media

This is a public forum, its social media.

Jokes on you I never had social media

I was going to comment on facebook about it as well but figured it'd bite me in the butt. For the record, I fully support the cause but not the way rioters are taking center stage.

I think people are too obsessed about the handful of rioters and not focused enough on the larger issue at hand. I believe the violence will settle down. The key is to keep people focused on the issues and spreading the right message.

Splitter, I don't know why you spewed that disjointed message of hate, but you're in the wrong place targeting the wrong people.

We want to bring people together to make sure this stuff doesn't keep happening. Yesterday the police in Washington D.C. used batons, tear gas, and shields to violently disperse a completely peaceful crowd. No one in the crowd did anything wrong. It was all captured on camera. The thing is, 2/3 of the crowd was white.

So the message needs to be clear - the government has overreached, the police force has been too violent, and citizens of all walks of life are in the crosshairs. They're not singling out anyone. We're all affected by it.

As a society, we all need to band together as one to make changes in this country, and we need to do it peacefully. Splitter, you don't seem to understand this yet. If you ever come to this understanding and agree with our premise you'll be welcome here. If you just want to spew hate with divisive rhetoric you can do that elsewhere.