What Would You Do? Almost Sideswiped.

Page 1 of 2 Next Page Go To Page:
Georgia Mike's Comment 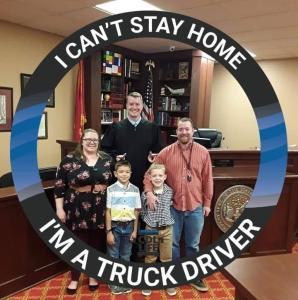 So today i almost got sideswiped by someone from my own company. I blow my horn and he gets back in his lane when I pass him he is on his phone. Now I easily made my decision on what to do but I was wondering what would you do? Would you get his truck number and call safety or just let it be since he is a coworker?

What if it had been a minivan, with a family returning from church, and they were actually hit?

What if it were your family or other loved ones?

Me personally would chew his ass first chance I get and tell him to get a headset and use it. When I first started that was actually one of the first things my boss said was a definite nono.

Me personally would chew his ass first chance I get

Yep, and tell him NEXT time, will be his last ! lol

Who added to my topic title? I didn't know you could do that.

So i pulled over to let my stomach detach from my butthole. Called every company number I could find. Got no answer. Sent a Message on my Qualcomm about what happened and how to get ahold of safety and got this message 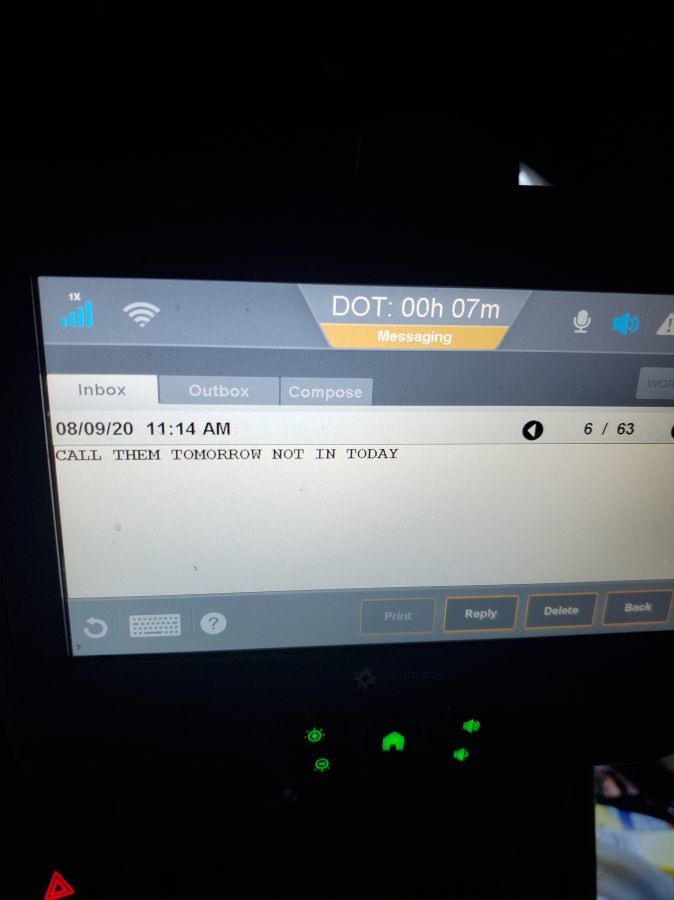 Most companies do not have staff working weekend shifts in various departments such as Safety, IT, Logs & Compliance, etc.

So I asked this question on another trucker forum and I was super surprised on how many fellow truckers told me to look the other way and how i am one of the ones killing the brotherhood . Am I wrong for being surprised by those answers. I didn't take it personally because I dont know them they don't know me.

If you were on any other trucking site, no surprise at all.

I think you know what your response should have been. If that driver was a kid pulling little Susie's pigtails when the teacher wasn't looking, then yeah, I wouldn't snitch him out. Unfortunately for him, he is a grown-ass man who wasn't just pulling little Susie's pigtails; he was acting in a irresponsible and dangerous manner that could have ended up with people being hurt or killed. IMO, there is no place for that when operating a tractor-trailer. I have no reservations stating here that I reported a fellow company driver who literally followed behind me at a cars length distance, on a twisting, one lane Ohio state route for over 15 miles while a OHP Trooper was directly in front of me. No matter my tapping my brake lights and slowing down to send him a clear message, he would not back off. How that Trooper did not see that driver's reckless behavior is beyond me. I called Safety on that Mofo. We just so happened to end up at the same consignee. I verbally ripped him a new one. His response was that I "was driving too slow" (I was driving the speed limit). I reminded that asshat of the State Trooper that was in front of me. When he found out I reported him, all he could say was he "was a safe driver, and I was in the wrong for driving too slow. He also complained that "I cussed him out at the Consignee." Boo freakin' hoo. The point is, I do not feel bad in the least for "snitching" and reporting him. I lost no sleep whatsoever. I want to get back home at the end of my day, and I have no tolerance for fools who jeopardize my doing so, fellow company driver or not. I could care less about that kind of "Brotherhood."