Several participants in a truck-accident insurance scheme that made the New Orleans area notorious for the scam have pleaded guilty – including the man that has been dubbed in news reports as the ringleader of the group.

Several participants in a truck-accident insurance scheme that made the New Orleans area notorious for the scam have pleaded guilty – including the man that has been dubbed in news reports as the ringleader of the group.

Wow this article is fantastic- Several examples how 4 wheelers will set-you-up. 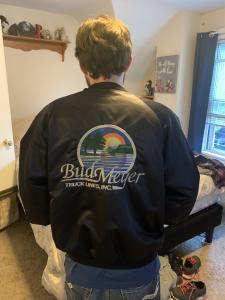 The “PANIC STOP“ was a technique my grandpa told us he had problems with in Chicago back in the day. Among many other things. Definitely a risky game, more specifically the way they used to do it. They’d more or less be on the highway an cut a trucker off, then slam on the breaks to get hit. Good way to look like ravioli in a bucket seat.

"The first thing we do, let's kill all the lawyers" - Shakespeare

Truckers are always considered easy targets. Between the anti-truck attitudes out there, and the fact that everyone has to carry $1Mil in liability, any time you can make a trucker "at fault" - the cash register rings.

Insurance scams between docs & lawyers have been going on for decades. And who it sucks as bad for (aside from the drivers & companies) are those that are legitimately injured, and have lasting disabilities and pain - who end up "giving away" most of their settlements to the lawyers and doc/scammers that run up their med bills (often exceeding the limits of mandatory PIP med-pay, cutting into the proceeds of liability settlements), or are looked at as "scammers".

We have billboards down here (in SoFla) on I-95 & the turnpike, advertising for lawyers SPECIFICALLY for those who have been in accidents with CMV's.

The fact that docs/lawyers/setup people/patients are "acting in concert" in a conspiracy, damn near makes this RICO and "interstate fraud by wire".

Add people that are TRYING TO GET INTO ACCIDENTS with truckers, to the rest of the idiots that do it WITHOUT EVEN TRYING - and our lives become a lot more stressful. And of course there's that occasional "setup that goes wrong" - where the occupants are KILLED (instead of just rolling out of the vehicle holding their necks).

Glad they nailed these guys - be even nicer if it got some NATIONAL PRESS as a warning that this is being looked at.

With congress attempting to RAISE the minimum liability requirements for trucks to $2Mil, we are likely to see scams of this nature happening EVEN MORE. (not sure if this has been signed into law with the amendment to raise the limits).

As someone who has been doing IT for attorneys for nearly 40 years - I will rarely take on a PI Attorney practice as a client. The are the scummiest of the scum - and usually bat-guano-crazy to boot.

CDLlife is reporting that one of the other men believed to be a ringleader and slammer Cornelius Garrison who was also cooperating with the feds was found shot dead in his apartment. No suspects yet.

CDLlife is reporting that one of the other men believed to be a ringleader and slammer Cornelius Garrison who was also cooperating with the feds was found shot dead in his apartment. No suspects yet.