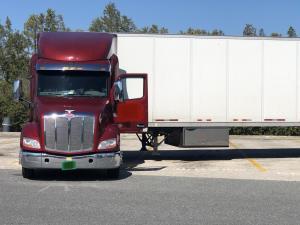 Unfortunately before the article was written in the data it cites came from questions in polling data where the majority of the answers were from the large carriers, or so i heard (supposedly you can pull up the data from the Institute for who they actually talk to if it’s still available).

Less than a third of the surveys came from people who actually drive trucks. From the article:

"In total, 43.9 percent of responses came from motor carrier personnel, 32.2 percent from commercial drivers, and 23.9 percent from others, including industry suppliers, driver trainers, and law enforcement."

The, "driver shortage" myth perpetuated by the American Trucking Association (ATA). It's being used to justify all kinds of crazy low-cost substitutes for professional drivers. Whether it's allowing 18 year-olds to drive interstate or carriers importing drivers from South Africa on sketchy H2-B visas for $125/wk. none of these, "solutions" for a non-existent problem bode well for drivers or the safety of the motoring public.

According to the Department of Labor:

Monaco, an associate commissioner at the Department of Labor’s Bureau of Labor Statistics, spoke Wednesday at the FTR Transportation Conference in Indianapolis, Indiana.

Driver turnover is indeed a major issue, she says. And there’s plenty of anecdotal evidence of carriers struggling to fill seats. However, those issues do not mean there’s an actual shortage of drivers, Monaco argues. What’s largely perceived as a labor shortage is in fact a retention issue, with heavy recruiting efforts by fleets contributing to the persistently high turnover rates, she says. ..... When fleets raise pay, they draw more workers into the driver pool, she said. “Which is exactly what we would expect to see if the market is working the way it should.”

From a long-term perspective, raising wages helps calm turnover and grow the driver pool. However, Monaco contends, fleets often find it easier and cheaper to simply continue the churn cycle and hire new drivers instead of raising wages. And “with the sheer number of carriers who are doing it, accelerates the churn,” she says. “I think moderate wage increases are better in the aggregate, but that involves a lot of cooperation, because it’s still going to be faster and easier for individual carriers to go and poach other drivers.”