Saw A New One Today

Was on my usual route of 80/94 east and in my mirror saw a truck fly up on me which is nothing new, he went to pass me and came upon a YRC bobtail in the other lane slowly pass me and the truck in front of me. Dude gets right up on the back of the bobtail so I slowed allowing the YRC guy to move over for the super trucker, once passed the YRC truck he turns in a bright LED search light mounted on the pass side can and shines in right into the YRC guys windshield and rides just in front of him with this light right in the windshield.

YRC driver tried to duck behind this nut job and once he did this guy floored it and took off bob and weavin through traffic with his set probably doing about 80 mph in a 55.

Unfortunately I couldn't get a trailer number or I would have called the company he contracts for right then. I've seen some crazy driving before but never seen anyone try to blind a fellow driver.

What an idiot. I can't believe some of the crap other drivers pull. I had someone 2 years ago use their work light on the back of the cab that extended out to the side of the trailer to try and blind me but thankfully the lights were quite dim. Idiots.

Imagine having your head so far up your butt that you feel everybody needs to get out of your way. I hate to clump certain drivers together, but in my experience the independents pulling Amazon trailers are the absolute worse. Between speeding, going too fast for conditions and tailgating it's no wonder it seems I always come upon one in the ditch or on their side in snow/ice covered roads. Also, pulling off on the shoulder to use the restroom. If ya gotta do that atleast hit a ramp it's much safer for everybody

What a DH! Never seen that myself.

Had a driver riding up my a$$ in the middle of the night for 5 miles in a single lane construction zone. The speed limit was 65. I can only do 65 on an incline if I have enough weight in the box (Prime...). As soon as the construction zone ended, he passed me with air horn a-blowin'. He got to see how well my brights worked for 10 seconds. There were no other vehicles nearby.

I had someone 2 years ago use their work light on the back of the cab that extended out to the side of the trailer to try and blind me but thankfully the lights were quite dim. Idiots.

You got lucky, this one was extremely bright I behind the YRC guy and it light me up somewhat.

They are, this one was a FedEx ground contractor they are almost as bad as Amazon. The bad part for the FedEx guys is they have doubles so that rear trailer is swinging all over the place. The FedEx freight company trucks all drive professionally never have a problem with them, wish they held the ground contractors to the same standards.

I Concur, those Amazon independants are Idiots ! had once or twice some dummy with spotlights mounted on his rear passenger side cab wing, turn on the lights for no reason lol dummy

Then another time a pick up with steel flatbed, had about 16-20 clear lights on his rear headache rack turn em ALL on and left em on for miles !! Dunno what his major malfunction was I just laugh at the fools 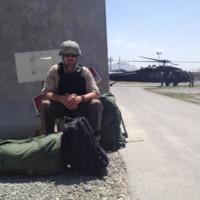 What irritates me is when I go to pass and the driver speeds up so I can't get around. So I will duck back into the right lane and the D!#k head slows back down and I'm right up behind em again! I'll just throttle down and give them space. A bit of carma - one morning while I was heading to Ft. Drum for PT. This a$$ clown decided to pass me and four other cars on a two laner! He had to be going at least 80 maybe 90. Only problem was one of the cars that he passed was an unmarked NY State Trooper. It was a good morning 😊🤣🤣