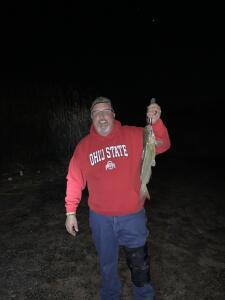 I know there are a lot of happy prime drivers here this is only my experience. I flew home yesterday, after the disaster with my first tnt trainer I was given a second one. Was told he was their best. Maybe at one time but not anymore. Truck was filthy with rotting food and smells that I haven’t encountered since I left the family farm. When I brought this to their attention my fleet manager Steve Benz and the training manager Steve Tassin both berated me saying I wasn’t cut out to drive. That I needed to lower my expectations and health and sanitary conditions. Mr Low should be ashamed of what his company is becoming. Do not choose prime they have turned into cr England, they are now a cdl mill. Only let me post one picture I have more.

So John, what is next?

You are starting to create a pattern here. First you asked us in another thread, "Am I a wimp?" Now you are painting a picture of Prime with a very broad brush, based on your experience with two trainers who didn't meet up to your standards. You have obviously been all over the internet seeking advice or information. That's why you compared Prime to C. R. England (a company which you obviously don't have any experience with) and then you threw in there a common super trucker phrase by calling Prime a "CDL Mill." Give us a break John! What has happened to you?

Why did you just quit without seeking some advice here? We could have given you guidance and you could still be on your way to being a truck driver. You have made a big blunder. In fact, if I were you I would get right on the phone with Stan and tell them you realize you made a hasty and foolish decision. I am pretty sure you won't do that, but that is my best advice at this time. You could have handled this situation much differently. You could have sent them some pictures of your trainer's truck and told them this just isn't working for you. Ask them to route you to a terminal so the truck could be inspected and ask them what can be done - don't demand something. The way you describe their response tells me there is something missing from this story. I don't know what it is, but it sounds like they have determined that you are too demanding for them to deal with all your issues.

We have a tendency to teach rookies why it is important that they "don't rock the boat." We certainly don't condone getting walked over, but there is a fine line there that a new driver must walk. You are not in charge yet. You are just another newbie who is likely to quit at the least little bit of a problem, and so you did. These companies trust their productive long time drivers, even if they are slobs. You don't have to live with a slob, but by quitting and blaming the whole company for one guy being a slob is way out of line. I know you don't see it that way or you wouldn't be home trying to figure out what to do next.

I am sorry it came to this. It didn't have to. You are the reason you are at home. You quit. It is not Prime's fault. It is not even your slob of a trainer's fault. You made a hasty decision. You failed to ask the very people who could have helped and guided you. In trucking, hasty decisions are usually regretted. I think you will see that soon enough.

I recommend you get on the phone and see if you can get this turned around. I trained with an absolute idiot. I honestly think I taught him more than he taught me. It could have been described as a ridiculous situation. Guess what? I became a very successful driver simply because I knew it was a short term situation. I kept the big picture in focus.I didn't need to be pampered and coddled. I wanted it bad enough to endure a brief time of being uncomfortable. If it had been unbearable I would have worked it out somehow. My motto was "Never Give Up!" I just wish you had some of that spirit in you.

I will tell you what old school, you are the problem. For 20 years I worked for the same company climbing poles as a line man. Cleanliness and grooming standards were a must, men died not following the rules. I have buried 6 friends that got hit when 100k volts. To throw the fact that I will not work on filth is bull****. This company is bringing in over 100 people a week and throwing the **** against the wall to see why stick. I am not some millianial cry baby wanting a free ride. I am a 50 year old man that demands minimal osha standards. So if you got a problem with me calling out a cdl mill for there bull****...

Unfortunately I had to wake up in the middle of the night to do a small bit of editing to John's last post which included physical threats against me. It is unfortunate that a 50 year old man still behaves like a high school teenager, but we already knew there was more to this story than he was sharing with us.

For the record, I agreed he had a slob for a trainer. There are no OSHA standards for the cleanliness of your truck's interior. I merely suggested that there was a better way for him to handle his unfortunate situation. If he tried to handle it anything like he tried to handle me, it is no wonder he is no longer at Prime. They are extremely selective over there.

John, I am very sorry to hear about your friends who lost their lives. I too am a licensed master electrician in Texas. I know the dangers, and have been at those funerals myself.

It appears that by Johns own description, he did not stick.

On to the next wannabe

You will find sympathy in the dictionary somewhere between sh*t and syphilis . Not here.

Wow! What is it this week with two folks losing their minds with trivial stuff when the goal line is within sight?