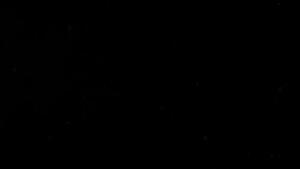 Figured since I finally had a day where the ambition to actually type this out and the time to do it coincided, I'd finally get it done.

The past 6 months (not qute, but close enough) have gone well. The only issues I've had were the usual ones. Bad directions from the customer getting me into the wrong entrance of their tight lot, trailers with stubborn landing gear, things like that. Even those have been few and far between. My FM has started occasionally giving me some of the tighter critical loads, which I take to be a good sign.

I've already put almost 50,000 miles on my truck, mostly due to me not taking hometime from Christmas up until a week or so ago. Been lucky with that as well, the only issues I've had with it were a coolant sensor that gave up on life. Been smooth sailing after that got replaced. I'd say I'd hope a new barely broken in truck wasn't in and out of the shop, but it seems to be a crapshoot based on some of the things I've seen about others experiences with new trucks.

The biggest issue I've had on the road so far has been a local run they had me do in Seattle that went to a bakery designed for daycabs with a blindside enclosed dock with support columns on either side of the dock. There wasn't much room, or a single straight pole, outside of it to work with. If I'm completely honest, the only reason I wasn't there all day was one of their local guys guided me in after I'd been in the way a solid 20 minutes. He mentioned to me while showing me where exactly to position myself that it was the only way to get a sleeper backed in there and I believe it. Other than that it's been finding just the right amount of swearing to get the trailer where it needs to go.

I still haven't quite gotten used to the only real input from the company being when I need to be somewhere and the rest being up to me. From my previous jobs micro managing it feels like you're doing something wrong stopping early when you have enough time to still get the load there early.

Other than that it's been finding just the right amount of swearing to get the trailer where it needs to go.

After 4 years driving i still have days like that

It sounds like you're doing quite well. Keep up the good work!

I agree sounds great... Tight places are always a pain no matter what. Always take your time and look it over good. Ask the workers there how is the best way. It’s their house and they see alot of trucks. They usually know, but don’t say anything unless asked.

Keep up the great work!!!

I still haven't quite gotten used to the only real input from the company being when I need to be somewhere and the rest being up to me. From my previous jobs micro managing it feels like you're doing something wrong stopping early when you have enough time to still get the load there early.

This really stuck out to me for 2 reasons. Finding the balance between running your clock to get that load in + get to the next load sooner, which is more money in your pocket, of course. But also being mindful of not running out your clock to the point of needing a 34. It's a matter of preference I guess but I rather run on recaps than to sit for 34's. That said, sometimes the load dictates how you run but it's always better to run smarter instead of harder. Good luck + stay safe.