And yes, that truck is a beauty! Just remember to tell her that you love her several times a day. That's key to maintaining a solid relationship. BTW, what's her name? And don't tell me it's Ken, for what it's worth.

Haha I have no idea what to call her! I haven't even thought about that... anyone got any suggestions on names? I'm horrible with giving names lol

Congrats Pianoman! Being a skateboarder is no joke, and you chose to do it just before the winter. Have fun with that! Seriously, good luck to you man. Be safe.

Thanks Turtle! Yeah I was pretty nervous about that...probably one of my biggest concerns with going flatbed. But after getting out here and seeing how it goes, particularly on the fleet I'm on I'm not too worried about it. I'm on the Denver regional fleet and most of our loads are actually pretarped which is really nice. We do run a good amount of I70 over Vail and all that but God knows I got tons of chaining experience a couple years ago doing the Denver/Grand Junction run I was on so that will help ease the learning curve alot I think. Oddly enough the one thing I didn't even think about until today when I ran through some serious rain with an empty skateboard is how it'll be more than a little interesting running 70 in the snow empty sometimes. I did it alot with an empty dry van but an empty flatbed is way more crazy.

Welcome to the the flatbedding world. Please post some more pictures and share some of your experiences.

I see a lot of System Transport trucks on the road but I very rarely see them at my shipper or receivers. So I'm curious what you'll be hauling.

Thanks Chief Brody, I most definitely will. Honestly being on the Denver fleet I will mostly be hauling the same stuff more or less every week. We do a ton of drywall, and so far I've hauled the stacked trailers you saw, a load of steel, and then rebar. Other than that alot of Lowe's and some Home Depot...just a random assortment of building materials. It generally doesn't get very interesting on this fleet but we'll have those odd loads every once in a while.

Congratulations Pianoman! System runs a great flatbed operation. Here's something unique that I have noticed about them. Of all the other flatbed companies I come across in my journeys, they appear to hire the most women drivers. We even had one of our female members working for them. I don't know if any of you remember her, but we called her "Sunshine."

Thanks Old School! I think I MIGHT remember her but it's been so long since I was on here. lol it's funny you say that because I was just telling my girlfriend the other day I was surprised I haven't seen a single female flatbedder with System yet. It doesn't surprise me that you have noticed that though because in general they seem to be really professional and non discriminatory so I don't doubt they attract more female drivers than some other outfits.

Dude yeeees lol. She's a hottie. If my lady weren't as in love with her as I am she might have given the lady a run for her money! 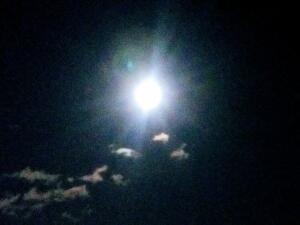 Robert B. (The Dragon) yes, I breathe fire and other sideshow tricks
Indianapolis, IN
Experienced Driver
Posts: 2189
Joined Us:
6 years, 9 months ago
123 Photos

Congratulations !!!! System is a great company with a bunch of options, especially out west. I still stay in touch with Melody (sunshine) from time to time. She doesn’t drive anymore but has gotten into making custom jewelry among other things and is quite talented.