Page 1 of 4 Next Page Go To Page:
Anchorman's Comment

Three team members were killed at the scene and a fourth teammate died in the hospital, Capt. Ronnie Hampton of the Oklahoma Highway Patrol said during a news conference Saturday morning.

The bus carrying the team from North Central Texas College was traveling southbound on I-35 near the town of Ardmore in southern Oklahoma at around 9 p.m. CT (10 p.m. ET) when a northbound semi-truck crossed a “wide” median and slammed into the bus, causing it to roll.

The NTSB launched an investigation, and Hampton said Oklahoma authorities would pursue a homicide investigation.

The softball team had just played a game against Southern Nazarene University in Bethany, Oklahoma, on Friday, and were about 40 miles from their school on the Texas border when the crash occurred.

The team roster listed a 20-person, all-female team comprised of freshman and sophomores. Nearly all of them are native Texans. “We ask for your prayers at this time for our softball team.

Their bus has been involved in an accident in Oklahoma,” North Central Texas College wrote in a Facebook post.

Folks, that is the reality of how much responsibility this job demands. Even a second of inattentiveness can end your life and someone else's.

Trucks are mammoths compared to everything else on the road. This job isn't a vacation, you can slaughter people.

I'm still a student. This kind of stuff takes my breath away. I promise to be safe and responsible while on the road. 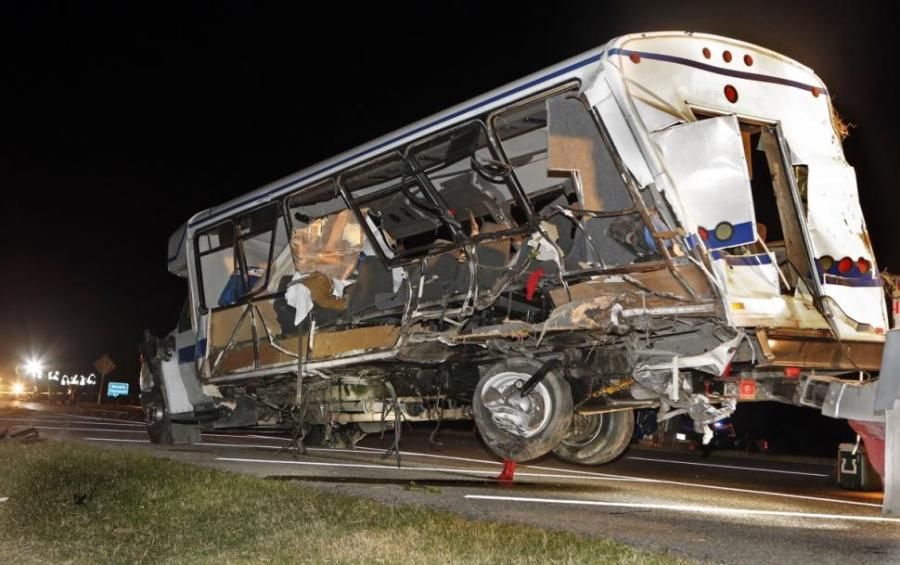 I wonder if the truck driver fell asleep at the wheel or tried to swerve and miss something.

I wonder if the truck driver fell asleep at the wheel or tried to swerve and miss something.

The only thing I have seen so far is that the NTSB is investigating. If they release more details then I will update the post.

How incredibly sad but an important reminder of why there are so many regs regarding drugs and sleep apnea. I am the first to admit I am not thrilled I have to take a sleep apnea test, but if it will possibly keep me from something like this I am all in.

I've been through there a few times. My prayers go out to the victim's.

Awful. This is the kind of stuff that just eats me up about some "drivers". Unless this person had a health emergency, he should be charged and locked up. Just sickening. God bless the families of the deceased, the other team members and everyone else affected by this.

Hard Lessons Learned Life On The Road Trucking News
Click on any of the buttons above to view topics with that tag, or you can view a list of all forum tags here.