Yes, my truck is governed at 54mph. Most people would howl about it but I say you're looking at it all wrong. Here are my thoughts on the subject.

Maintenance- I almost never have to wash the windshield except to brush off the dust that settles on it because at those speeds bugs simply bounce off, at most stunned. Yes, there is the occasional splattered bug but he has to be heading directly at me and he has to really want it in order to accomplish it. Nature has for the most part eliminated  species with such suicidal tendencies.

Scenery- I find that I have time to see and enjoy the things around me. Did you know there are exactly 1,388,112.5 white lines in the road between Barstow and Oklahoma City on I40? I have counted and recounted to verify the 1/2. Check my data if you like but I'm confident you will find the same results.

Economy- The fuel savings are another benefit. Don't think I haven't noticed all of the environmentally like minded people, honking and waving as you pass me. Gesturing your approval. Telling me I'm number one. Thank you, each and every one of you.

Animal collisions- I recently had a close call when a local denizen meandered across the road. Had I been traveling any faster he would have been roadkill. A fun fact they don't teach you in high school biology, turtles have middle fingers.

Construction zones- I have never endured the agony of sitting in a construction zone. From the time I see the first warning signs until I have reached the actual work being done, it's completed.

Accidents- I was rolling downhill, out of control, (hopped up on red bull, wearing a speedo and singing a Taylor Swift song at the top of my lungs, like I said, out of control) about to hit a parked car and the owner was able to move it out of the way in the nick of time. After seeing what was about to transpire he had enough time to shower, shave and finish the NY Times crossword also but then that's the point.

Sooner than later our wise and benevolent leaders (governors) will make them (governors) mandatory and I for one welcome them. After all, the signs say "slow

Free Union Benefits- You are being paid not to go anywhere or get any work done, and that is without having to pay union dues.

Drive in California. They'll love you. I had to really watch my speed governed at 62!!!

vwidiot, that was awesome! I laughed my *ss off through the whole thing.

because at those speeds bugs simply bounce off, at most stunned

I've gotta say, most of my trucks over the years were governed between 62-68. Being governed at 54 seems ludicrous. I know a lot of companies are running in that range nowadays. Ironically, after years of lawsuits and debate over split speed limits being so dangerous you're now seeing trucking companies creating that same scenario with these super low speeds. I wouldn't be surprised to find out we're on the verge of seeing some legislation put forth to require a minimum governed speed because companies are pushing the limits on how slow they can go.

Loved the humor in that though. Great stuff! 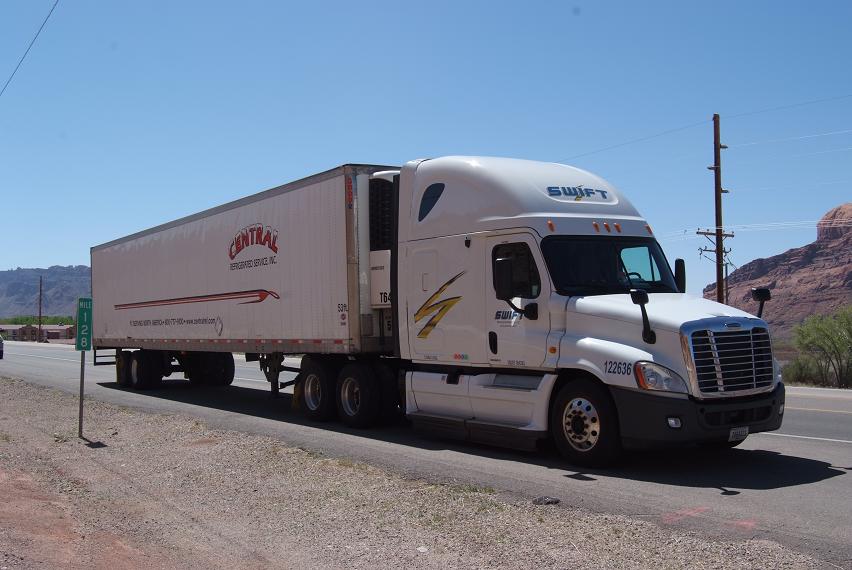 I live in California, but I hate the 55mph limit with reason

1. Most of our trucks are governed at 62mph, and if you watch closely, the engine will be running at 1200rpm then. But if 55mph, the rpm will drop to 1150. Don't under estimate this 50RPM, sometimes it's being able to keep 8th gear to the summit without slower than 55mph or not!

2. Unlike the other states, CA is very long, traveling N-S bound with 55mph will make me drowsy, 5mph more would be more practical

How sticky are they on that 55 in Cali? They don't let you slip 5 MPH over?

How sticky are they on that 55 in Cali? They don't let you slip 5 MPH over?

For drivers? They rarely run exactly 55, usually 57-59. But all depends on whether smoky is ahead

Life On The Road Truck Equipment Questions Trucking Humor
Click on any of the buttons above to view topics with that tag, or you can view a list of all forum tags here.