Why Paying Truckers By The Mile Is Unfair And Dangerous

Hey Realist, that is actually a plan I have in the works for the month of July. I have documented in the past some trips I took with my two oldest daughters. And I tried to include enough details in there for folks to see how I manage things. In July I am taking my youngest daughter (she just turned eighteen) with me for a "ride along" and I hope to provide some insight and details for you guys as I document our trip together.

I run a little differently when they are with me, just so I can make their time with the old guy "special", but I can still provide some insight for newcomers. If you've never seen those trips with my other girls you can read them by clicking on the following links:

Driver shortage? I have yet to see a dock that has so much freight that it's sitting there waiting on drivers. If anything there is not enough freight to keep the trucks we have on the road busy.

The numbers just don't support a driver shortage argument. In smaller population areas it might be a ratio of 1 load available for 5 trucks in that area. Load shortage. Not driver shortage.

Heavier populated areas it might be 10 loads available for every 5 trucks in the area.

Since trucks are constantly moving these ratios change by the minute. Drivers would not be sitting for hours or days if there was a true driver shortage.

The problem with statics is the numbers can be twisted in favor of who is making the argument at the time.

It's both good and bad... going to be like working in the factory alot of o well I get paid by the hour type of thinking... safety is number one goal though...

I think all CDL A or B drivers should get a base pay of 60K nothing less with all the responsibility and legal issues we have to comply with end of story. 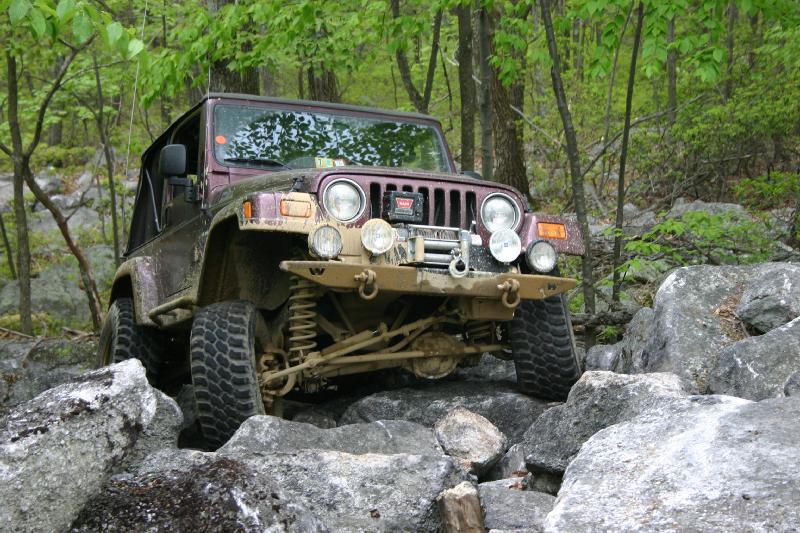 I like getting payed by the mile... HOWEVER you have to have the miles to run. I am sitting at a terminal right now because the only load the weekend planer would give me is a 48 mile run that cannot be delivered before 6am CDT tomorrow. So i cannot do anything but sit for a whole day. The thing that really gets me is i am less then 50 miles from Chicago, and there is freight in and out of Chicago 24/7.

The article does get some stuff wrong but it hits the nail on the head with others. Shippers and recievers do not give a crap about our hours, they can tank your week if they want by keeping you to long.

Also MANY of the companies could easily solve the driver "shortage" if their is one by bumping pay. Even with all the big companies doing pay bumps over the last year drivers are still making less money now then they were even 10 years ago. The guys in the glass buildings still get their yearly pay bump with their 6+ figure incomes but they do not pass it on to the people who make their company function.

Honestly its the biggest problem i have with swift. They have it setup that their office workers have 0 accountability for anything they screw up regardless of what it is. I love the job but sometimes its the guys in the office that need a clue.

Getting paid by miles or percentage makes sense. Incentive based. I followed a YouTuber that drove for TMC on percentage and he did very well for a first year driver. He was a bit manic and made so many classic errors that a lot of Vloggers make like dissing the con signees and pointing out illegal things on his truck though and he got his ass canned. He also lived 24/7 on Taco Bell and Subway so it was probably a good thing as the job would have killed him eventually. He made good money getting 31% of most loads because he hit mpg and other incentives. I was impressed that a first year driver would have made over 50k easy if he wasn't so stupid.

Getting paid by the hour encourages the lazy to be lazy. I am against it.

The guys in the glass buildings still get their yearly pay bump with their 6+ figure incomes but they do not pass it on to the people who make their company function.

LOL. If you think DMs and 95% of the people in those glass buildings make over a 100k you have a lot to learn about business.

I propose that mechanics should also be paid by the job and not hourly. I'm so sick of seeing them mosey around the shop at a snail's pace, wandering liesurely back and forth from one end to the other as if they just ran a marathon and can hardly take two steps. Move it!

I propose that mechanics should also be paid by the job and not hourly.

Now imagine what shortcuts a mechanic can take to get a tractor out the door in "record time": marginal parts not replaced, torques not completed to spec, ...

Most mechanics do get paid by the job it's called flat rate. The shop is who charged by the hour.

Most mechanics do get paid by the job it's called flat rate. The shop is who charged by the hour.

That's what you get charged when you take your car to the dealer/ repair shop.

The wrench turner in the bay gets paid by the hour. So do the diesel mechanics at your favorite trucking terminal.

Advice For New Truck Drivers Flatbed Hard Lessons Learned Hours Of Service Life On The Road Safe Driving Tips The Economy And Politics Truck Driver Salary Truck Driving Lifestyle Trucker's Family Matters Trucking News
Click on any of the buttons above to view topics with that tag, or you can view a list of all forum tags here.