Taking A Shower On The Road I am surprised that a company has not designed an aftermarket shower for a semi. I believe there is room for a small one and the water could be recycled/filtered. It takes some engineering, but am sure it's possible.

I've started using a gallon jug to shower inside the truck recently . I had to come up with some type of solution. Just close the curtain and pour overhead. A gallon with sponge, soap and shampoo is just about right. I am thinking of upgrading to a solar shower...hehe. I use the bunk heater to preheat the water. And yes, water gets all over the rubber floor mats, but I have a broom to sweep it out. I actually find it better than waiting, etc. for a truck stop shower. It's different, but but I feel much better than not taking one.

If your going that far to take a shower you should invest in a kitty litter pan. Don't put any litter in it of course, but you can use it to catch the water and you won't have to sweep it out. That's gotta be a Heck of a mess trying to sweep a gallon of water out. I've spilled a bottle of water n it sucked cleaning it up. I normally just do the baby wipe shower if I can't get into a truck stop.

Looking at the floor space in my truck, I could put a washing machine drain pan flat on the floor, I think. They do have a hole in them, since they are intended to catch washing machine leaks and route them into a drain, but you could seal the holes any number of different ways.

Still, taking a shower inside my truck is way too much work. People talk about showering in the beginning or the end of their days. I frequently shower in the middle of the day when I'm not terribly pressed for time. We have to take a 30 minute break anyhow.

Pull into a truck stop for your 30. If it's in the middle of the day, check with the desk to see if showers are available. If so, and they normally are at mid day, take a shower, then grab food, whatever. Your 30 ends up being a 45 or even an hour. So what? You just got a shower with no line.

Yes, you lose a little potential driving time because you took a longer mid-day break, so you will start a little later the next day, but if you haven't had a chance for a shower in a couple days, it's frequently worth it.

I keep reading about how truckers don't shower every day...is it by choice/laziness/lack of hygiene or because rare are the truck stops with shower facilities??? This is a big issue for me. I shower every single morning to start my day, do my hair and simple quick make up, then I feel like a million bucks. It takes me 40 minutes or less to do all of it, being in the shower 5 to 10 minutes, depending if I'm shaving (I shave every other day). Only times I don't shower is because I'm very sick or occasionally spending a lazy day at home.

Personal hygiene is very important to me. I'm not feeling myself otherwise. Having access to a shower, even if for 10 minutes, is essential. I can dress and do my hair elsewhere to free up the shower for someone else.

Fuel at Pilot/Flying J if you can, eventually you'll achieve "shower power", be sure to obtain a rewards card for TA, Pilot, Ambest, and swipe it each time you fuel to accrue credits. You will receive points each time you fuel and get shower credits and also credits to buy food ect. Shower Power means unlimited shower credits with Pilot/Flying J. Good luck cutie......wink wink

I went with my fiance over the road with a company that used Qualcomm electronic log system and schedules all our trips. Sometimes we would be sent to remote customers and didn't have the access to truck stops or rest areas and would have 15 mins to find a safe location to spend our 10 hr break wherever the alarm sounded. That could be in an open field off some remote roadway or at the delivery point without toilet access after they closed. No real food, no shower, no toilet facility, you become quite creative. After the first time that happened to you, you make plans to equip yourself for the next time. We would sometimes be gone from home for months at a time. When we couldn't be at truck stops to replenish and clean up ourselves and the truck we stocked up on white wash cloths and rubbing alcohol which we diluted half and half with water and cleaned ourselves from head to toe (I learned this skin cleaning method in the hospital). I suggest white washcloths without the dye which would bleed from the alcohol. We bought a camping portapotty and kitty litter for the toilet needs which we would conveniently dump at rest areas. Since our unit had an APU we bought a cheap rice cooker and nonperishable foods and spices for my fiance who was not big on snack foods and fresh fruits and drink for a cooler which we replenished with ice as needed. we saved a lot of money on drink and food since i am a handy cook and had lots of time on my hands. I never thought a rice cooker could do so much apart from rice. Necessity is really the mother of inventions. This made my life on the road experience bearable and interesting. Interestingly enough we trimmed out weight while doing this. 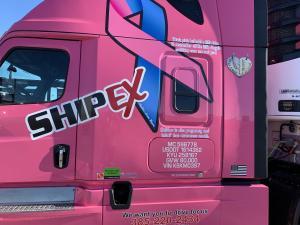 The only time I do not shower is when i stay at a rest area without shower facilities. I plan my days accordingly and know where I am staying the night/day at for my 10hr. I also keep about 4 back up plans in case I cannot make the furthest one, and checkpoint as I go. Sometimes if I know I am not going to be at a truck stop, I may try to shower on my 30 minute break if available. That is based off the lanes our company runs. However I understand that not everyone can shower every single day in this industry and thats the cold hard truth in this industry. I am currently at flying J in Aurora, Co and the wait is 19 for a shower, so number 19 may wait for 3hrs for a shower. It happens and this industry is not perfect.

I wonder if the original poster ever made it as a driver. It would be interesting to find out how she is dealing with showering now.

I don't know if she became a driver or not. She got mad at us over something petty. She pretty much slammed the door and stomped out of here determined to start her own trucking chat room.

To be honest, I think she was more interested in chatting than trucking.

To be honest, I think she was more interested in chatting than trucking.

hahaha. she got mad at me when I told her there was no way a trainer would let her take all of her camping and cooking equipment on the truck.

I told her to go to a truck dealership and see for herself the size of the cabin. she came.back "uh thats rather small". uh yeah!! its a freaking truck lol

I have posted these Assurance wipes before. they are much bigger and stronger than baby wipes. i even use them to wipe down the truck. They have vitamins and aloe and are made for cleaning eldery and bed ridden people. you can get then in walmart near the Depends and i never start that truck without them. 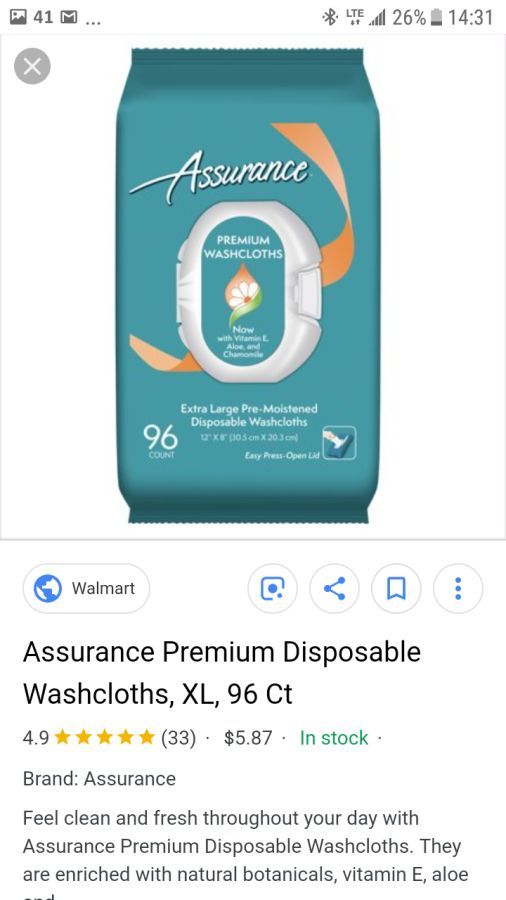 In my family, the men only took showers on Saturday night cuz we needed to smell Purdy for church on Sunday. But many in the congregation didn't do that, so the benches came to be called 'PEWS'. Showers are highly overrated unless you drive team. Sponge baths are all that's needed under most circumstances. I've learned this from a lifetime of camping. BTW, my nickname is Skunky.

She got mad at us over something petty

Isnt she the one who stormed off due to the willingness to offer help to somebody who served their time for a crime they had committed? Obviously nobody here thought what he did was acceptable but thats not the purpose of this website.

Health Concerns Items To Bring On The Road Life On The Road Truck Driving Lifestyle Truck Stops Women In Trucking
Click on any of the buttons above to view topics with that tag, or you can view a list of all forum tags here.