Would There Be Any Hard Feelings?

Page 1 of 3 Next Page Go To Page:
Renegade's Comment

If I attended KLLM's driving academy and paid my tuition in full after completion do you think they'd hold it against me if I took a job with Averitt Express? The reason I want to attend KLLM's driving academy is because it's state of the art but I don't especially want to haul reefer and that's the majority of their freight. Of all the companies I've researched that fits what I'm looking for in an outfit, Averitt is at the top of my list. 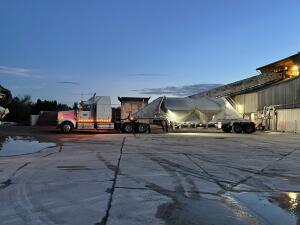 I'm not trying to make fun of you, but...companies don't have feelings. If you are asking if your switch will hurt you in some way...yes I think so, potentially. If you stay at Averitt for a while and do a good job for them with no accidents or service failures, you won't have anything to worry about. If you're like most rookies and hit a few things and have a few late deliveries, Averitt might not be as forgiving as the company that invested in you by spending money and time to train you.

No, you won't hurt anyone's feelings. Some people at KLLM might not be too happy with you, but they'll forget about you soon enough. I just think, as a matter of principle, it's not the wisest choice since KLLM is investing in you and expecting you to stick with them for a while.

Ultimately, you do have the option to leave right after training and you're not committing some sort of unforgivable sin. It just isn't a particularly wise career choice and could leave you stranded if things don't go as you expect them to over at Averitt.

Renegade I totally agree with Paul on this. 100%. Please consider everything before acting upon this.

Lol, you don't have to argue with me. I'm not telling you what to do. You just asked for advice so I gave you a truthful response. There are many many people who have done exactly what you are planning to do. I'm sure some of them have been successful and some not.

If you don't want to haul reefer I'd recommend just going with a carrier that offers training and will have you hauling dry van instead. I haven't gone through KLLM's training program but I can tell you the quality of training is going to depend mostly on individual instructors, not the program itself.

What does it mean to be state of the art and second to none. I ask because after the orientation I was put on the road. Training is actually living the trucking lifestyle from about day five maybe? Our place has SIMS to learn the shifting pattern, but we got one on one OTR exoerience . this is why I picked my company cause I saw others posting they shared trucks or instructors. With me every minute was spent driving.

So I'm curious what is it you find special about KLLMs training? You said you dont want to drive reefer...does Averitt not have a training program?

Paul...not arguing was just being comical that's all. Rainy...I see your point. I shouldn't have said second to none because I'm sure there are a lot of great schools as good or better. KLLM built a multi million dollar facility with simulators and new freightliners just for the school and are pumping out new grads that are giving really good feed back on the training there. Averitt doesn't have a driving school but accepts new grads for employment. 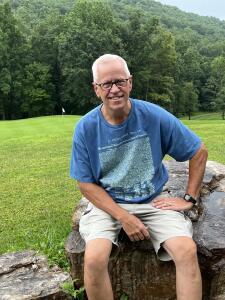 Why not search through the company paid schools and pick one that does flatbed or whatever you actually want to haul? TMC has a CDL program and does flatbed if I remember correctly.

Averitt Express KLLM Transport Advice For New Truck Drivers CDL Pre-Hire Choosing A Trucking Company Company Sponsored CDL Training Refrigerated
Click on any of the buttons above to view topics with that tag, or you can view a list of all forum tags here.