How Big Was Your Truck Driving Class?

Hey Renegade. For the life of me, I cannot figure out how to send a private message so if you know how, please send me one. Or if you want you can post your email in the thread and I will email ya.

You can't private message on Trucking Truth because this forum is for open discussion. Did you have a question? 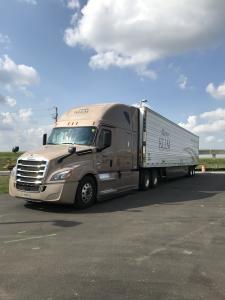 Oh I thought there used to be a PM feature. Anyways, I plan to start KLLM soon too and was hoping we could chat about that, compare what we have heard from recruiters and stuff. I'm curious about the dedicated Tyson account. Do you have any info on it?

Private school here, we had two students per instructor for pre-trip and one on one for backing and driving.

At PRIME in Salt Lake City I had 5 in my class. In Springfield, Missouri they seem to be running at 80-100.

Oh I thought there used to be a PM feature. Anyways, I plan to start KLLM soon too and was hoping we could chat about that, compare what we have heard from recruiters and stuff. I'm curious about the dedicated Tyson account. Do you have any info on it?

That's awesome man. I hope we're in the same class. I heard that dedicated Tyson account is a pretty sweet gig but is usually reserved for senior drivers. My email is bradleyclark136@gmail.com Let's talk and see if we can get in the same class. 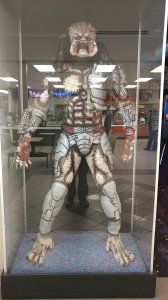 Small CDL school of 6 people. Mid term 2 quit, during finals 2 more dropped out. Graduation was 2 people. Went to orientation at May Trucking, class of 16. End of orientation before going out with mentor, 7 propped out. 11 went out for training and only 4 got to solo out.

Hey Renegade, I am a product of Swift Company sponsored training , Richmond VA.

My recruiter was very frank; stated graduation rate was about 20%. If my memory serves me correct, first week on a Monday we started with 34, after the end of the first week less than 17 remained. After 3 full weeks; 6 graduated, 5 passed the CDL tests on either first or second try, The 6th student went back for more backing practice (on Swift's dime) 8 days later he passed. 17.6% graduated.

Three basic things thinned 50% of the class; positive drug/alcohol test, failing the physical and failure to disclose criminal background on the application.

After two attempts, the mapping-trip planning test also proved too much for another 5 students. At the beginning of week 3, you kinda know where you stand, and at least in my class, all but two students remaining at the beginning of week 3 didn't graduate. Based on my observation, the instructors worked very close and diligently with anyone left standing at the completion of week 2.

Like Brett said, and I totally, 100% agree, focus entirely on yourself Renegade. It's your game to win... Good luck!!

My CDL school had a class of 12. We lost one that couldn't get their permit by the 2nd week. We did however gain a recycle from the previous class. After that the only one we lost was a person who crashed the truck and totaled a car.

My orientation was a "big" group with my company and we had 5. All 5 of us passed testing in orientation. I believe 4 of us finished training with a trainer and solo'd out.

At CDS Tractor Trailer Training in Middletown, Virginia we had about 15 or so in our class. We were like one of the largest classes in there at the time.

Just started CDL training at a SAGE school today, 8 in the class, which we were told is unusually large for them; they normally have 3-4 students per class. One guy is set to join us on Thursday; another is there to re-certify. Don't know 'em well enough yet to bet on them, only guarantee I can make is that I will pass!

On a side note, I learned that most of them, because they're from around here, or at least one state away, had been given 'homework' to prep for the written tests, whereas all of my prep work was done on the *High Road Training Program*, and I completed all of their practice tests today, including endorsements for doubles/triples, tankers, and hazmats, and passed all of them well above the minimum 80% required, scoring 100% on many of them. Thank you Brett!

Attending Truck Driving School Company Sponsored CDL Training Reports From CDL Training
Click on any of the buttons above to view topics with that tag, or you can view a list of all forum tags here.