Article By Old School: Do I Have What It Takes To Be A Successful Truck Driver?

Old School released another fantastic article that will help people better understand what it takes to be successful at trucking. The inspiration for this article come from all of the people who spend enormous amounts of time obsessing about which company they should start their career at. The discussions around the Web would lead people to believe that choosing the right company is the key to your success. Choose wrong and you're doomed to be treated poorly and starve to death with lousy miles.

This isn't the case at all. The best performers will get the lion's share of the miles and the best treatment. The amazing drivers we have here in the forum have been a long standing testament to that fact. We have drivers here who are working for every major carrier out there and they're all turning big miles and being treated extremely well. They're all getting the miles and the treatment they've earned as top tier drivers in this industry.

Choose a company that suits you well but don't be mislead into thinking that's the key to your success. Read Old School's article to learn what the real keys to success are in the trucking industry:

Do I Have What It Takes To Be A Successful Truck Driver?

"They Can't Get Me Miles"

"They Always Give Me the (unpopular city) Run"

Coming across these complaints online are about as common as highway patrol at the bottom of a hill. Except its way easier to spot whats hiding in the comments.

"My Dispatcher Plays Favorites" OF course he does. He's going to give the best loads to drivers he can trust and who help him out when he needs it. Why would he give a gravy run to the driver who refused a load he really needed covered or the driver that has a list of stipulations that reads more like Celebrity Tour Rider Contract who makes his planning that much harder? (No Chicago, No Northeast, No driving past Midnight, Drop'n'Hook loads only, no loads under 500 miles, etc...)

"They Can't Get Me Miles" Is it every week? Are there concerns about the utilities getting shut off at the terminal? Is the company selling off its assets? Did your paycheck bounce? If so, then you're right, this company is probably going under and can't get you miles. If those things aren't true, then its either: A: a clear sign that the company specifically hates you and is willing to lose money every week just to spite you or maybe... B: There are some Pre-Planning and Clock-Management issues at play here. If you don't know how to maximize your hours, you don't know how to maximize your miles either. They are one in the same. If you are late, needing to reschedule more often than most, prone to declining loads (that connect to the next load, and the next load, etc) they will probably let you sit until they need you to take a load they know you can handle and won't refuse. That's the different between you sitting at a shipper getting an "unexpected" 34 hr restart and squeezing out an additional 500+ miles to end your week. No business is going to risk customer satisfaction just for you. Sometimes the scheduling window is tight, but very rarely is traffic and weather an "insurmountable" obstacle. That's part of planning your trip. Drivers who always get pre-planned loads, (especially MULTIPLE pre-planned loads) are predictable, dependable, problem solvers.

"They Always Give Me the (unpopular city) Run" Good! Keep taking it! Are you new? It's likely a test. Have you been there a few years? Maybe use this moment to remind your dispatcher that you're aware that everyone else complains about this load, but that you'll do whatever it takes. Suddenly, you're now the guy he can count on when he needs it, and just that positive vibe will lead to better runs and miles for you. That's not sucking up, that is being a dependable driver, and when you need a favor, dispatch is far more likely to do the extra work to make it happen. Or you can try the more popular tactic of refusing the load or getting into a yelling match and see how that works out for you long term.

Any other examples of "Complaints" vs "What they really mean?" Maybe you can make it a TruckingTruth Meme - perhaps a little less wordy than I was, of course!

That's a good read there Old School, thanks alot.

Everything i find on this site is extrememly useful, and i appreciate the time you guys take to make all this information and all of your experiences available. Before i discovered this site from the google search engine, my father was the only information i had about trucking but his time of driving was at least 25 years back so he had very limited knowledge of todays trucking so of course i had to look into other sources, which led me here.

Thanks again guys and gals i appreciate your time and effort here.

None better. Another great work! 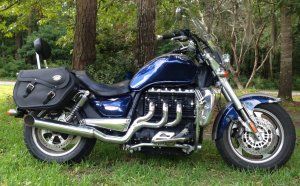 Thanks Old School! I start my trucking career next week, 2 Apr 18.

I’m very excited and a little apprehensive however; going into this career with the correct mindset as you noted is key.

Thanks for the words of wisdom.