Got Hit At A Truck Stop 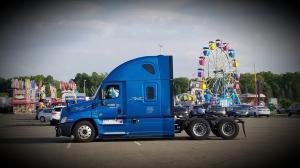 Has anyone ever got hit while parked at a truck stop ? Happened to me in Dalton, Georgia at the pilot. No truck damage guy just backed into the front end cap on my trailer

Just about anyone that's been out there for quite a while has had someone at least nudge them. I had someone forget to set the parking brakes and their truck rolled down a slanted parking lot and crushed the front left corner of the hood at 3:00 a.m. - that was a rude awakening!

Four times I've had someone fold my mirror back as they were trying to back in next to me. Twice in the last six weeks. Both times at flying j’s, both times I was parked legally, both times in the middle of the night, and both times they tried to run off and I had to chase them down. First was was a Saturday night, half empty lot, the driver ran the front corner of his trailer into the back of mine, just a foot long gouge in the rub rail. Second time, driver was backing into the spot next to me and backed right into my fender instead. This was the second one: 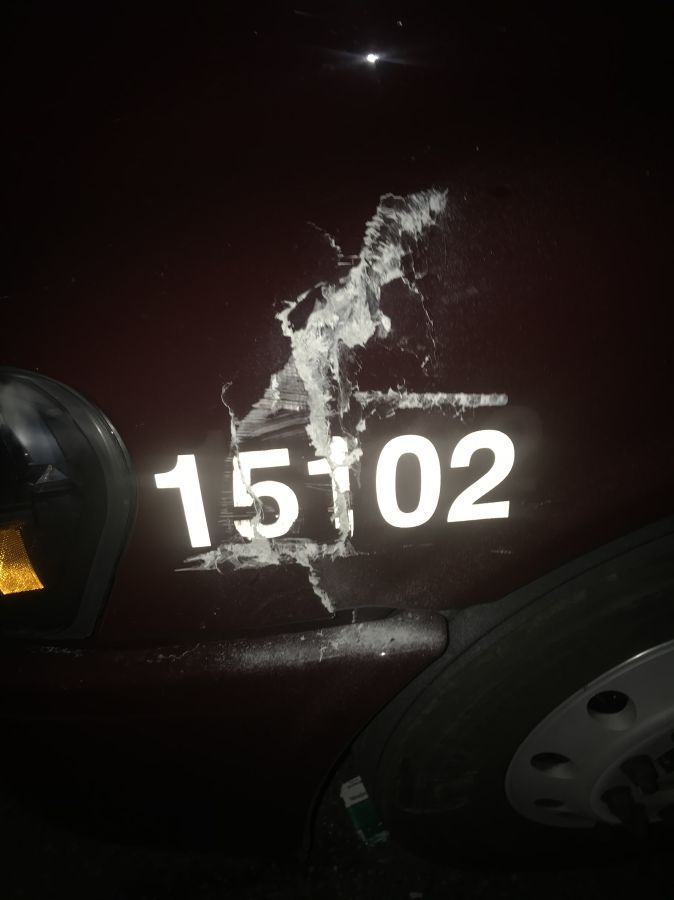 Had my driver's side mirror busted while in the truck stop. At a tiny T/A somewhere.

Some of your stories sound bad! It's just very frustrating and irritating that we can drive thousands of miles across America and have many close calls but we get hit when we're parked! I just dont understand why people can't Get Out And Look. Or at least STOP when air horns are blowing! Guy that hit me tried taking off but luckily for me he got blocked in.

So far, I've not been hit or hit anyone but sure got close a time or two lol. I've seen some really nasty backing incidents at truck stops.. last one was a couple weeks ago at a pilot in Florida.. beautiful long nose yellow Pete with it's chrome bumper curled forward, way out in front and the headlight on that side (passenger side) was smashed against the hood.. oh and that fender was dangling on the ground. Not sure who the culprit was but there was another truck taking like 3 spaces all angled weird just behind it on that side.. looks like someone thought they were going for a pull through, clipped the yellow Pete, backed up, hit it again, pulled forward.. you get the idea.. it was crazy looking and matched my imagination lol.

Another one was a purple Kenworth.. backed into a spot in the center of the row.. not on an end and his bumper was on the ground and he had obvious radiator damage. He had parked his truck, left and came back to all that damage. It kinda looked like someone had nosed in across from him and reorganized the front of his truck backing out. The guy got back, saw his truck and just cried. I had just arrived minutes before he had returned.

Yes, we should always goal, but the reality is most people don't do it every single time, thinking they've got it, and indeed they did. It helps if you don't park on an end space and don't try to create a parking space in an entrance/exit or other high risk places.

I had a driver back into my bumper in the middle of a 34hr reset up in NY. That stunk. Had to log on duty to take care of paperwork and contacting the company.

I've been hit once at a Pilot in Knoxville TN. I was in the sleeper eating my dinner and started rocking and rolling. Had the privacy curtains pulled and was in full shut down mode. I transform the front of my truck into a kitchen when I shut down because I cook all of my food while on the road. I scrambled up, got some shorts and a shirt on, had to rearrange the front of my truck so I could get out to see what was happening. Still rocking and rolling. Dude was all up in the metal that holds the drive mudflaps on, and was pushing in on my drive tire. I got out in time to see him pull out and rip the flaps forward. It was a mess.

Not long ago I was at the Pilot in Chillicothe OH. Avoid this Pilot at all costs (avoid all Pilots IMO) because it's one of the worst layouts I've ever seen. You pull out of the fuel island and take a right into the parking area which has two lanes situated across from one another. When you pull in you are literally trapped because there is no way out. If you are lucky there is a space on your driver side, if you aren't you have to blind side back, and if you're even more unfortunate there is no parking left and you have to back out on the blind side back toward the fuel island. It's a severely negligent design. Anyways, I was fortunate and was able to get parked on the driver side. I was coming back from a shower just in time to see the worst truck stop wreck I've ever seen. Van drivers were busting U-turns trying to get out of this parking mess due to it being full. This one driver was a bit to close, got his tractor pointed back towards the fuel island and the driver side bumper of his trailer grabbed a hold to the driver side front fender of a new Volvo. I was maybe 20 yards away from the fiasco. It sounded like a moving truck wreck. This driver was probably in 5th gear whipping his truck around. His trailer ripped the front end of the Volvo off. Radiator fluid was leaking and you could see the engine. Half of the front of the truck was lying on the ground. The driver of the Volvo was probably sleeping based on the looks of things. That was a rude awakening for me as I had just got into a lease purchase. The Volvo was parked directly opposite of me. Had the driver decided to go the other way with his ill advised truck stop U-turn maneuver, I would have been standing there watching as half of the front end of my new truck got ripped off...coolant spewing forth, and economic ruin on the horizon.

Immediately I thought how screwed I would have been. I would have been out of work for God knows how long. It costed me $955 a week just to pay the truck bills. At a minimum I would be on the hook for $4000 a month while the insurance agencies haggled about. Not long after that I turned the truck back in (walk away lease), and got myself back into a stable company position. This is just one more example of why it's much better to be a company driver. At least you'd get another truck so you could keep earning, and you'd likely get breakdown pay in the interim to boot. Company drivers are never not making money. Lease purchase and Owner Op's are constantly facing the risk of not only not earning, but paying 1000's of dollars to get things fixed while they aren't earning.