Going To Training With Swift In Columbus.

Page 1 of 3 Next Page Go To Page:
Mnemnosyne's Comment 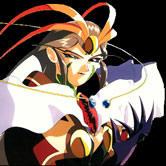 So, I am currently on the bus on my way to Columbus. Tomorrow my classes start at the Swift academy, and I'm going to try to post my experiences like many of you have.

So far, my nevousness and unfamiliarity with things has had me forget my paper copy of the CDL manual, my iPad, and a nice flashlight that I bought specifically for this. Sigh. First time I've ever been on a bus, and the place where I got on was closed up, so I freaked out a little thinking I couldn't get my ticket. That made me forget stuff in the car. Fortunately I have everything really critical.

Now it's off to the hotel when I arrive, hope I can sleep well with all these jitters, and up super early so I don't miss the shuttle to the academy.

I hope people find this interesting, and that I have time to keep updating. And also hope I get over being nervous soon. Can't let jitters screw me up.

God luck with your training at Swift.

Can anyone get to and into your car to retreive and send forgotten items? Manual can probably be retreived online and printed (though without notes and highlighting if yours looks anything like mine it will have them). Guessing they will provide everything you really need.

Don’t stress over this...

Swift will provide you with a “cheat-sheet” on PTI and other important curriculum. Honestly, the manual isn’t that critical. When I was attending Swift academy, I didn’t open the manual once.

Refer to this link for learning the PTI:

Good luck! That sucks you forgot some things before getting on the bus.. Hopefully you keep us updated while you're in school, sometimes you'll be the only one posting but people are reading and watching behind the scenes. 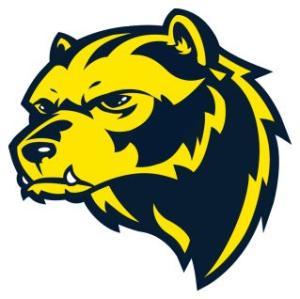 Good luck! I'll be following your updates. What division are you going in?

Don’t stress over this...

Swift will provide you with a “cheat-sheet” on PTI and other important curriculum. Honestly, the manual isn’t that critical. When I was attending Swift academy, I didn’t open the manual once.

Refer to this link for learning the PTI:

My plan is to head to dry van division.

Apparently the Columbus academy has been somewhat consolidated in classes, and they combined permit and CDL classes. Many of the other students already have their permits, and my instructor says it wouldn't be a bad idea to go home, get the permit, and return next week. It seems as though my recruiter had something of an oversight in not informing me that I could do that.

I may do so, as I could retrieve my forgotten stuff, and drive down in my car since it seems like it's be useful to grab some food and such; bringing lunches and such seems healthier and less expensive than eating out of vending machines at the academy, heh.

I am currently waiting with much of my class for a drug screen though, so it'll be decided exactly what to do after this. At worst, seems like it'll delay things by a week. If I stay, what will happen is next week after I get my permit, I'd just be attending a repeat of everything I went through this week.

A trailer or truck that that requires no special attention, such as refrigeration, that hauls regular palletted, boxed, or floor-loaded freight. The most common type of trailer in trucking.
Mnemnosyne's Comment

And yeah, I'm not too stressed about things. Other than annoyance at these little snafus, I'm pretty relaxed and optimistic.

And thanks for the links and encouragement.

Also, apparently the State testing locations are backed up and it's being hard to get us tests scheduled until September, so maybe the delay in my case won't turn out to be too bad.

Well, I haven't updated this in a bit because it didn't feel like I had much to say, but it's more been me putting it off and being pretty busy. I passed my permit test on the first try, although there were some questions in General Knowledge I don't think I was quite prepared for - probably Ohio specific stuff, I think, since most of my preparation was with the High Road training program. Still, pass on first try is nice. The air brakes and combination vehicles sections I passed with zero mistakes, and same with the tanker endorsement I decided to go for at the same time (it may be different in other states, but here there's no downside to trying and failing an endorsement, it just means you don't get it at the moment.) I also tried the Hazmat even though I wasn't all that ready for it, and predictably failed, but as noted, no downside in that.

The academy is nice, and so are the instructors, but damn is it busy. Apparently the recruiters are sending a little too many people here, where Swift's academy here in Columbus isn't anywhere near as big as Memphis or...Phoenix, I think they mentioned. We've got classes crammed into each other and instructors run ragged trying to keep up. It amazed me how many people quit so quickly, too; a couple left when they heard there was going to be a drug test. Really? How can you be so oblivious as to get here in the first place without realizing that?

This week has been a lot of classroom reading and...due to the busy situation, a lot of self-study sort of thing where we're told to read this or that and then the instructor has to do a bunch of paperwork or be running around. Some of the students have made it difficult to study at times like that because they get to talking too much, but overall it's been okay. Today we were taken out on the range for the first time simply to see a pre-trip in person and see some of the students doing the maneuvers we should be on next week. I think it was also to give the instructors some time to catch up, while still giving us something useful to do - actually seeing the truck and such has really helped me, at least.

A lot of people have left, too. A couple seemed to leave earlier in the week because class didn't end at the appointed time - or at least that seems like their reason, because one of them kept complaining and getting up over and over when things ran late, and another just left today, saying one of the instructors was misleading him. I can't say he had a particularly positive attitude, so I am not particularly inclined to believe his claims. He was in the class from a week before me, not mine, so I didn't have much time with him, but one of the guys that was in his class seemed to think he didn't have a great attitude. Most of my class has a decent attitude, even if they are a little too talky at times.

I'm not really nervous like I was a couple weeks ago anymore, much more at ease myself, and excited to continue. I am looking forward to next week when we actually get out on the range, and I hope I can do well; it's clear there will be a lot to pick up, just for passing the state tests, to say nothing of actually driving. I kind of wish we were being trained and tested on automatics because honestly I'm not interested in driving a manual, but I suppose it's still a useful skill to have at some point in the future.

In any case, will try and update some more over the next week as things get more interesting.

Swift Transport CDL Test Preparation CDL Training Company Sponsored CDL Training Free CDL Training Paid CDL Training
Click on any of the buttons above to view topics with that tag, or you can view a list of all forum tags here.