Trucking For The Long Haul

Today I stopped at the Love's location in Talullah, LA to have a tire repaired on the pre-loaded trailer that I had just picked up down the road at the SAPA plant in Delhi. There was another flat bed truck ahead of me having one of his tires repaired. I took the time to visit a little with the driver, who appeared to be considerably older than me.

He introduced himself to me as "Eugene," and it turned out we both had a very similar entry into trucking. Like me he had been in a business of his own for thirty years, and after retiring from that he decided to drive trucks. He told me he was eighty years old!

Here's a look at the load he's hauling today...

For those of you who are aspiring flat-bedders, take some courage! Here's an eighty year old man who can handle those tarps!

Here's a shot of Eugene as he's signing the ticket for his bill... 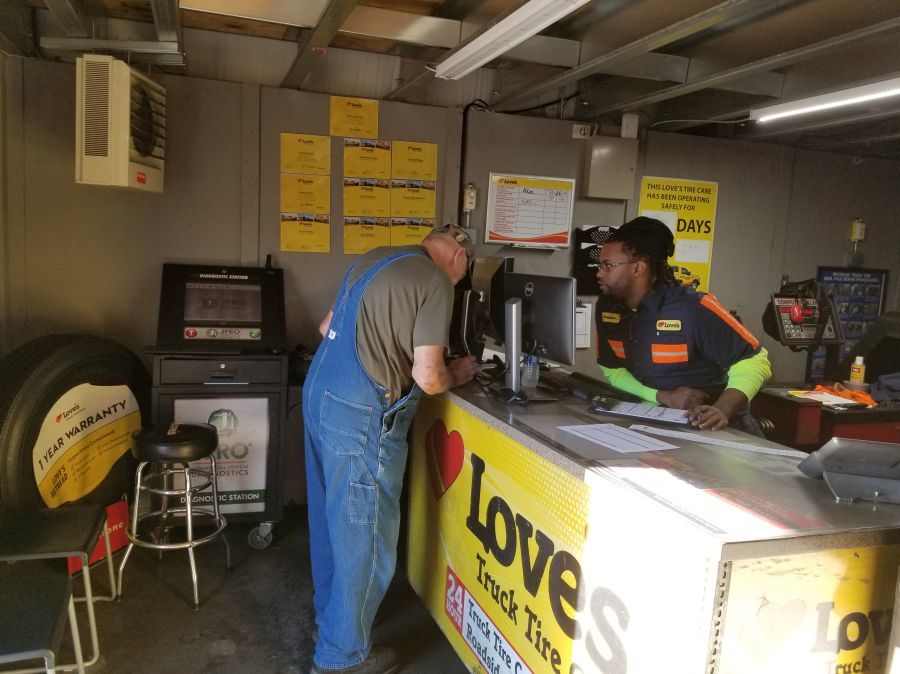 This is a career that you can do for as long as you like. If you're enjoying it, like Eugene told me he was, then you can continue doing it as long as you're able.

My wife has often asked me, "So, how long are you planning on doing this?" My reply has always been, "As long as I'm enjoying doing it."

This is not the oldest truck driver I've met out here on the road. I still remember meeting an 82 year old flat-bedder down at a lumber mill in Pineland, TX.

Eugene told me that the company he works for allows him to work as much or as little as he wants, and they also allow him to take about two months off each summer so that he and his wife can spend that time in Colorado camping in their RV.

You've all heard us talking about how this is a performance based business, and Eugene is a great example of a driver who "gets it done." Therefore his company takes special care of him and allows him some really nice perks that are probably not extended to their more average drivers. 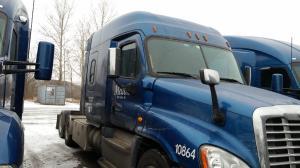 This is so awesome to hear and one of the reasons I am so excited to enter this career.

Thanks Old School! You set the bar high and always prove it can be achieved.

Although I don’t wanna be a flat bedder, your standards are inspiring to me and help me work toward higher standards in my area.

I fuel quite often at that Love’s, on my way to Atlanta, TX. Yes, Texas.

My grandfather would have probably kept driving dump trucks into his 80s had his health allowed.

O.S. that is awesome. I’m in your neck of the woods waiting on a trailer then heading toward the house. Your story here reminds me of a driver I met 3 or so years ago. He turned 75 and told me he was thinking about hanging up the keys. I thought wow, your just now thinking about it. He owned his own truck, paid for and he had a similiar deal with the company. He worked as much or little as he wanted. He had been leased onto them over 30 years. I hope to follow in those gentleman’s foot steps, but probably far younger than they choose to do it.

PJ, the gentleman I met down in Pineland, TX who was 82 was an owner/operator. After helping him secure his load, I asked him how long he was planning on doing this. He pointed over to his rather old weather beaten truck and said, "When that truck gives out, I'm done! I can't afford another one."

OS I agree with that gentleman 1000 percent. I have a 3 yr plan in place and will be doing that same thing as soon as my note is paid off. Then I can work as I want, nice feeling.