Page 1 of 2 Next Page Go To Page:
Mohamed E.'s Comment

Hello every one I'm new to this field and someone told me that I'll find the best information and advise here from you guys ... i been looking into your posts here and i can see why every one else trust you for real because you know what you talking about from experience not just feeling or heard it from someone else.... so i hope that you can accept me between you here and give what make from me a good and safe driver without be unsafe to the rest of the road drivers.... i just got my CDL and also i got few offers to work some of them give me weekly home time and two just give me daily home time which is everyone is telling me to take that daily home but the problem here i live in Delaware and the company have account locate in Maryland like 20 minutes drive from where i live so what i wanna ask here do i get double tax for that state deferential .... also i been told that if i chose to work as weekly home time i'll not be tax double because i'm all over the road so plz guys can you explain that for me from your own experience i need to know before i sign or get to do anything and leave my current job ..... thank you so much

If you're talking about income taxes, you should be taxed only for state you live in. You know truck drivers certainly go all over place, but you'll only be paying taxes in Delaware. 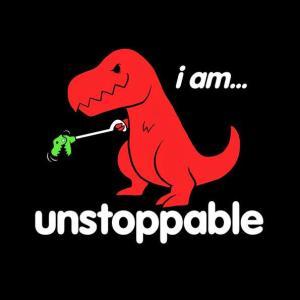 No, it isn't right. You shouldn't be paying Louisiana state income tax. You pay income tax in the state you live in.

No, it isn't right. You shouldn't be paying Louisiana state income tax. You pay income tax in the state you live in.

You should definitely get an accountant.

It is possible they withhold tax, and you have to file to get them refunded. That is how NY works

Hmmm.. LA may actually tax him. Definitely get an accountant

Worked in Louisiana – but not a Louisiana Resident

You are a nonresident of Louisiana if you did not live in Louisiana at any time during 2017 – if you did not have a legal home address there. However, you must file a Louisiana income tax return if you earned any wages or income from any Louisiana source(s) and you filed a 2017 federal tax return. Use Form IT-540B.

You will need to include all of your income from all sources on that document, both based in Louisiana and elsewhere, but Louisiana will only tax the money you received from the Louisiana sources. You can figure out the ratio of Louisiana income to all income that has been reported to the IRS and included on your federal income tax return on Form IT-540B. For more information about the Louisiana documents please see the Instructions for Preparing Your 2017 Louisiana Resident Income Tax Return Form IT-540 (available for download above).

The Louisiana Earned Income Credit Worksheet will help you figure out the amount of Louisiana tax that you will be liable to pay on your Louisiana-based income. Here you can also calculate your deductions and “person exemptions” (credits for dependents and husband/wife older than 65 are examples).

Do you gamble? If you participated in gambling in Louisiana and won, those winnings are taxed as Louisiana income.

Even if you did not keep a home residence in Louisiana, but during 2017 you sold real estate or other real property located here, the money you earned from that sale is taxable income in Louisiana and must be reported using a Louisiana state income tax return. You would also include this income on your federal tax return.

Best thing I ever did was get an accountant instead of a tax preparer. He always saves me way more than he costs.

Keep in mind some.cities have a city wage tax also. i lived in NJ but worked in Philadelphia and and the city taxed me for not being a resident. i took a job from a philly resident.

i dont see how that would be an issue in trucking though.