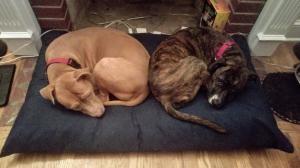 Whew, that's good to know. That will seriously take a load of stress off my mind! I'm through wil-trans and our program is basically identical to Prime. I've been solo for coming up on three months now and I've managed to avoid any big oopsies so far.

I suppose all that worry was probably a good thing in the long run though because I'm ULTRA paranoid about watching where my trailer is and using all the tools at my disposal to plan out every second of my route.

I've gotten so used to watching my trailer that now I dislike bobtailing because I feel naked and lost without it back there. Also, I rented a car when I went home last month and it felt like being in an alternate universe to just drive on whatever roads I wanted to use. I almost had a heart attack when I saw a sign for a 11' 10" bridge looming in front of me before I remembered cars can actually drive under that. :D

Darrel Wilson bought his first tractor in 1980 at age 20, but, being too young to meet OTR age requirements, he leased the truck out and hired a driver.

Through growth and acquisition, Wil-Trans now employs over 200 drivers, and has a long-standing partnership with Prime, Inc. to haul their refrigerated freight. The family of businesses also includes Jim Palmer Trucking and O & S Trucking.

Another thing is that companies take things on a case by case basis. For example it was rumored at my company if you jack knifed or used an escape ramp on a downgrade you were automatically fired. It isnt true.

One guy who trained in the summer but was from down south and never saw snow. he jack knifed in the winter. They put him back with his original trainer through the rest of the winter and then he did great. Another guy was trained on a northeast regional account and didnt do serious mountains or downgrades. When he went west solo, he took the mountain too fast and used an escape ramp. He was not fired because he maintained control and didnt freak out...he kept cool. He went back with a trainer.

The reason both of these guys werent fired is because under normal conditions, they are awesome drivers. They never got critical events for speeding, hard brakes or following too closely. they had no other tickets, accidents or incidents, and neither was ever late for deliveries. They communicated well with dispatch. they just needed to tweak their skills.

Had these guys been late, had numerous tickets or accidents....well...that would have been a different story.

That link is full of lots of stupid things I did as a newbie. It will make you feel more competent after you read it. I SUCKED lol 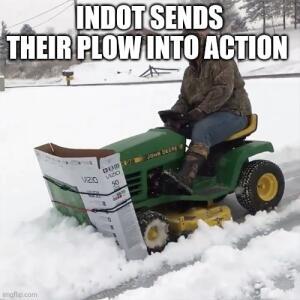 A driver in training out of Another terminal of ours hit a Jersey Barricade in his hard and did 10k in damage to a newer truck and he is still employed.

Attitude has a lot to do with how they handle the accident, if you take responsibility and admit to your mistake you greatly increase your chance of staying around. As well as your attitude as a employee.

Just do not make a habit of hitting things

The primary person a driver communicates with at his/her company. A dispatcher can play many roles, depending on the company's structure. Dispatchers may assign freight, file requests for home time, relay messages between the driver and management, inform customer service of any delays, change appointment times, and report information to the load planners.
Mouse's Comment

Just do not make a habit of hitting things

Oh heck no! Kathy is my baby and I don't want me or anyone else to hurt her. I even put out my cones when I park (we're supposed to in my company but I never see other drivers using them) because don't you dare back into my girl!

My new truck is named "slug puppy". Don't judge me either lol. On the other hand, my other half had a forklift load with his last drop in Miami. Had his truck towed twice this week (once from the Love's at Jasper) and the most recent breakdown, won't even get looked at til tomorrow. He's stuck in Port St. Lucie. Maybe by the time I get to Orlando maybe he'll be headed back north lol. New cascadias.. gotta love em.

I just bookmarked this thread primarily because of all the helpful links and the explanations that accompany them. Thank you Brett for leaving these old threads up to help new entrants into this line of work. I find it interesting to go back and read all the helpful comments made to a lot of my favorite current (2020) forum contributors in their early questions & concerns.

What school are you going to attend?

I just bookmarked this thread primarily because of all the helpful links and the explanations that accompany them. Thank you Brett for leaving these old threads up to help new entrants into this line of work. I find it interesting to go back and read all the helpful comments made to a lot of my favorite current (2020) forum contributors in their early questions & concerns.

Advice For New Truck Drivers Dealing With The Boss Driver Responsibilities Hard Lessons Learned Trucking Accidents
Click on any of the buttons above to view topics with that tag, or you can view a list of all forum tags here.