Yes Marc, I was offered 3 times for the movie rights to that book, but they didnt even want to give me the "story by" or "based on a book by". so i declined. It isnt about money. If someone made that a $200 million blockbuster and I only got $20k, as long as i got the credit, i would be cool. (not that im that arrogant to think it would be)

Unfortunately, I didnt master novel writing until the next and last book, Zodiac Lives Then with trucking, i cant get totally into writing because of time. Writing here and the articles is one thing, thing, but i need real consecutive time for the books. Goin Postal and the Creek are two stories in one book. I put all of the crazy postal things like human heads in the mail, alligators getting loose in the building, and even the anthrax attacks closing our building inti an anectdotal type of story.

The second story is based on my childhood neighborhood, a suburb of Philadlephia. The kids in the area always swore they saw ghosts from different time periods. One was a Revolutionary War soldier, and then there was a "man in a blue suit" who supposedly lived in my house and was seen by the kids----scared the crap out of me. I found out later he did live in my house and his wake was in my living room. One toddler swore he was a solider from "Vet Nam" who was shot in the throat and left behind.

So in my story, The Creek, I start in 1776 and flash to different time periods, telling the various stories of the "ghosts" of the past.

My first full novel I wrote while doing Ancestry.com I found Irish immigrants who came to Philadelphia and couldn't get jobs due to discrimination. NINA signs, "No Irish Need Apply", were everywhere. So I took that info and wrote about a family coming here in 1820.

While writing it, I killed a character but didnt know who the killer was going to be. I had everyone in the book hate him, so it left me possibilities. My mom reads my chapters as i write them, so.she jumped up at the half way point and yelled "I know who did it!" when she guessed i made someone else the killer. She got so mad at the end of the book, she yelled at me and threw it across the room. "Thats not who did it'" uh, yeah mom it is. cause i wrote it that way. lol

Writing is fun, but time consuming. Im going to retire on a boat in Aruba tgen kick writing into full throttle. Unless of course i find a rich hubby in the meantime who wants to help me lol

WOW Rainy! When I read about "your books" I thought these were things you were reading!

As a Jew I find the Nazi story fascinating and have great respect for your family members who risked their lives to save others. I frequently point out the millions of Roma who also perished... didn't realize homosexuals were also targeted.

So is Amazon or BN the best way to get these?

You never cease to amaze me!

I have always been one of those people who has done everything I wanted in life. I have traveled quite a bit, gone parasailing, bungee, jumping, jet skiing.... even flew on a circus trapeze 70 ft in the air!

I wanted to write an excellent book, and after a few tries, I wrote Zodiac Lives. Both Newborn Nazi and Zodiac Lives shot up the Amazon charts. I have pics of them between James Patterson and Agatha Chrsitie in the ranks!! How cool? At that point I felt complete. I know people who dream, and others who make the dreams a reality. I like living a dream, not dreaming of a different life.

On my own blog, i wrote about some crazy things in my life, including debating the sitting POTUS when i was 16 years old. Secret Service declared me a National Security risk hahahha.

My mom always told me I was going to die from a cut bungee cord or by getting eaten by a shark while snorkeling. I told her, "If I die in a tropical paradise most people either cannot afford or will never go to, dont feel bad for me. I died the way i wanted."

When I got.into trucking, she said the same. Again, I told her, "If i fly off a mountain, at least I got to see one."

I drive my mom nuts.

I just set all the ebook for FREE March 23rd to 25th. They are on audio and paperback through Amazon also.

Heres a link to a funny blog story lol

I will DL the E's... probably still order some in print but only if you will autograph them!

Don't see any major goofs in your stuff but I am a pretty good proofer - at least of things I didn't write!

Proofed a new one for Matt Iden but unfortunately it went to press before my many catches were received and implemented. Always happy to help if desired! 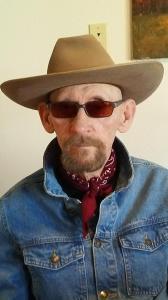 Rainy, thank you for making the books available on Kindle. I read the samples of Zodiac, and Nazi last night and they got me interested. I'm looking for to reading them. Thanks again.

You are welcome. If you would.please write honest reviews on Amazon it would be great.

Hope you enjoy them!! 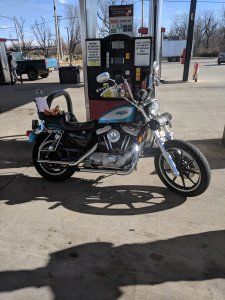 Just finished both of the books. They were great stories and I enjoyed them very much. Newborn Nazi was very good. Waiting on another book. lol Thanks Rainy for the stories.

Wow! Thanks so much!

LOL Rainy, wow you have came a long way I remember when you first came here to T.T.,,,,, doing your research! Great to see you are doing so well, with Prime :)

Just read your blog on the Secret Service, hahahaha..... I think I would've been locked up! $72 a year pfffft I voted for Ross Perot back then, my mom voted for Clinton hahahaha....

Now it all fits lol......... Seeing as you're a published writer , no wonder your posts here, over the years are so well written and sometimes, funny to read (when topics not serious)

I am reading Zodiac Lives now and really enjoying it.

Entertainment Photos
Click on any of the buttons above to view topics with that tag, or you can view a list of all forum tags here.