Page 1 of 2 Next Page Go To Page:
Turtle's Comment

Well, actually they came in a week or so ago but I just made it to my sister's house to pick them up.

Copies of 3 of Rainy's books! Looking forward to reading them! 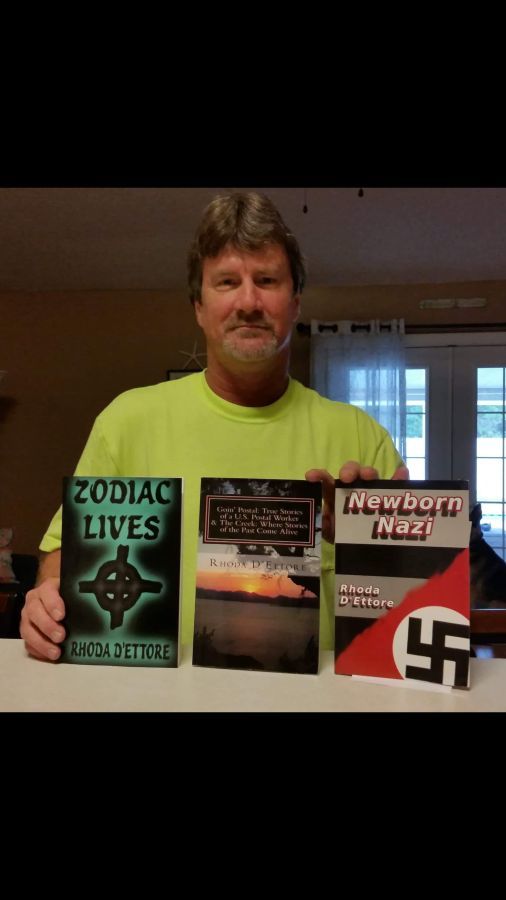 Be careful with the Zodiac book. It's the only one I've read, so far, and it's a page turner. I had trouble putting it down. Had to force myself to stop reading and get sleep nightly. I loved it and sent a copy to my mother, who is a prolific reader, and she loved it as well.

Be careful with the Zodiac book. It's the only one I've read, so far, and it's a page turner. I had trouble putting it down. Had to force myself to stop reading and get sleep nightly. I loved it and sent a copy to my mother, who is a prolific reader, and she loved it as well.

I figured I'd work my way through them chronologically, ending with zodiac lives. Then I'll forward them on to my dad. He and I have swapped literally hundreds of books over the years. 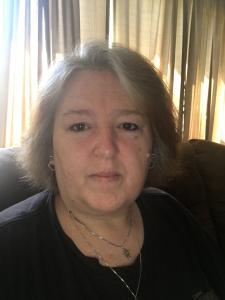 I love her books! Big Scott, I agree completely, very hard to put them down.

I'll be interested all of these especially the one on the postal service. Are any of these ebook Rainy? Or on kindle rather.

Wow thanks guys!!! Im glad Turtle posted a pic cause those covers are OLD i dont know wth amazon did!

thanks so.much Turtle, now Im self conscious. Zodiac Lives truly is the best written, the earlier ones are good stories but leave the mechanics of good writing a little wanting.

Brian, yes they are on Kindle and audiobook as well.

Yeah I'm not sure either. The postal book cover doesn't match the picture on Amazon. Not that I really care though, I'm just glad to have them. If it's an earlier printing that'll make it worth more when you become famous.

I'm off for 8 more days, so I won't start reading them until I get back on the road.

Turtle... something of interest..

Newborn Nazi is loosely based on my actual family events.

At the age of 14 my great uncle was forced into the Hitler Youth and brainwashed. His sister was so disgusted and terrified, she joined the resistance and housed Jews, gypsies and homosexuals in her basement until the church could get them out of Germany. Her brother eventually became an SS officer and found out what she was doing. He had to decide to kill her and the refugees or to protect her.

I took that premise and made it a spy novel but the final chapter is true.

I would.be interested to know what you think of it.

Turtle... something of interest..

Newborn Nazi is loosely based on my actual family events.

Yes Marc, I was offered 3 times for the movie rights to that book, but they didnt even want to give me the "story by" or "based on a book by". so i declined. It isnt about money. If someone made that a $200 million blockbuster and I only got $20k, as long as i got the credit, i would be cool. (not that im that arrogant to think it would be)

Unfortunately, I didnt master novel writing until the next and last book, Zodiac Lives Then with trucking, i cant get totally into writing because of time. Writing here and the articles is one thing, thing, but i need real consecutive time for the books. Goin Postal and the Creek are two stories in one book. I put all of the crazy postal things like human heads in the mail, alligators getting loose in the building, and even the anthrax attacks closing our building inti an anectdotal type of story.

The second story is based on my childhood neighborhood, a suburb of Philadlephia. The kids in the area always swore they saw ghosts from different time periods. One was a Revolutionary War soldier, and then there was a "man in a blue suit" who supposedly lived in my house and was seen by the kids----scared the crap out of me. I found out later he did live in my house and his wake was in my living room. One toddler swore he was a solider from "Vet Nam" who was shot in the throat and left behind.

So in my story, The Creek, I start in 1776 and flash to different time periods, telling the various stories of the "ghosts" of the past.

My first full novel I wrote while doing Ancestry.com I found Irish immigrants who came to Philadelphia and couldn't get jobs due to discrimination. NINA signs, "No Irish Need Apply", were everywhere. So I took that info and wrote about a family coming here in 1820.

While writing it, I killed a character but didnt know who the killer was going to be. I had everyone in the book hate him, so it left me possibilities. My mom reads my chapters as i write them, so.she jumped up at the half way point and yelled "I know who did it!" when she guessed i made someone else the killer. She got so mad at the end of the book, she yelled at me and threw it across the room. "Thats not who did it'" uh, yeah mom it is. cause i wrote it that way. lol

Writing is fun, but time consuming. Im going to retire on a boat in Aruba tgen kick writing into full throttle. Unless of course i find a rich hubby in the meantime who wants to help me lol

Entertainment Photos
Click on any of the buttons above to view topics with that tag, or you can view a list of all forum tags here.