Dumb question (or maybe not).

If he's on a CLP , that requires you to be in the seat next to him at all times when he's driving. Which means you should be "On Duty Not Driving".

How are you getting a reset or even a 10 hour? Every minute he's on Line 3 - you're supposed to be on Line 4. If he gets pulled (or gets in an incident) and your logs don't match exactly, you have a log violation.

albeit at truck stop speeds.

We're at a truck stop about 30 miles from my rcvr, and have been since yesterday afternoon, and will be until early tomorrow morning. We're both getting a reset in. He didn't need it, but I did.

And yup, anytime he is driving I'm most definitely required to be in the passenger seat on duty. Our qc is even set up to start yelling at me if I forget to log on duty while he's driving. 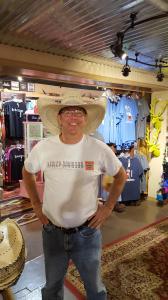 Any update on Nervous Ned?

Any update on Nervous Ned?

Well, I'm at a crossroads of uncertainty regarding him. He's got his pretrip nearly mastered. No worries there. His backing is spotty at best, but nothing that can't be helped with continued practice. His all-around driving isn't terrible either. The nerves and tension are still there, but I think he's beginning to get more comfortable with it. We can work on that.

The biggest problem I'm seeing is his snap-judgements. He's showing a tendency to almost freeze up when facing a situation requiring a quick decision. "Deer in the headlights" comes to mind. This will not do.

We were pulling into a rest area the other day, and at the fork where trucks go left and cars go right, he started to turn into the car area, an acceptable mistake for a rookie. I quickly said no no no trucks are to the left. Instead of turning left or continuing right, he kinda froze, and was just going straight for the dividing curb. At the last second he swerved left, but not before steering across the curb. Thankfully no apparent damage was done. We weren't loaded at the time, but had we been, the situation could've been much worse.

There have been a couple other times where he just appears to freeze, unable to make a decision. As a result of such indecision, he does nothing. I have to tell him what to do immediately, before he puts us in a ditch or into another car.

I don't think it's inattention. Unfortunately I don't know what it is, but clearly I need to do something about it. But what?

Turtle, can you request another week or two on the truck or will that not fly?

Turtle, can you request another week or two on the truck or will that not fly?

That wouldn't be a problem. How long he stays on my truck is up to me. It'll screw up my plans going forward, though. There's another student already set to get on my truck next fri, and I need enough time with him too before my wife gets back on the truck for a planned anniversary trip out west. Sigh....trainer problems.

I'm a nuts & bolts kind of guy. When I see a problem, I'm geared to come up with a way to fix it by offering a different technique or approach. But how do I get inside this guy's head? These past couple of days have been a puzzle to me, trying to explain to him how to best handle this big ol truck when surprises happen.

Ya know, this is exactly why I began this thread. Not everybody sees what some trainers do, or go through. I'll get him figured out. It's just another challenge.

Here is an idea, find a quiet industrial area, that is large enough to have several turns and that you can just go around and around without getting onto any major roads. Have him drive around it, but instead of being in the seat, sit at the edge of the bunk. See if his nervousness is from knowing you’re watching. Or if your not willing to bend the rules, while sitting in the seat, have your phone or something else out and pretend to be looking at it. Again, the point is to find out if he is just overly nervous from knowing he is being watched.

Maybe it's something like test anxiety. Get him to understand when you guys are done he'll be ready, and the test will just be showing off what he knows. 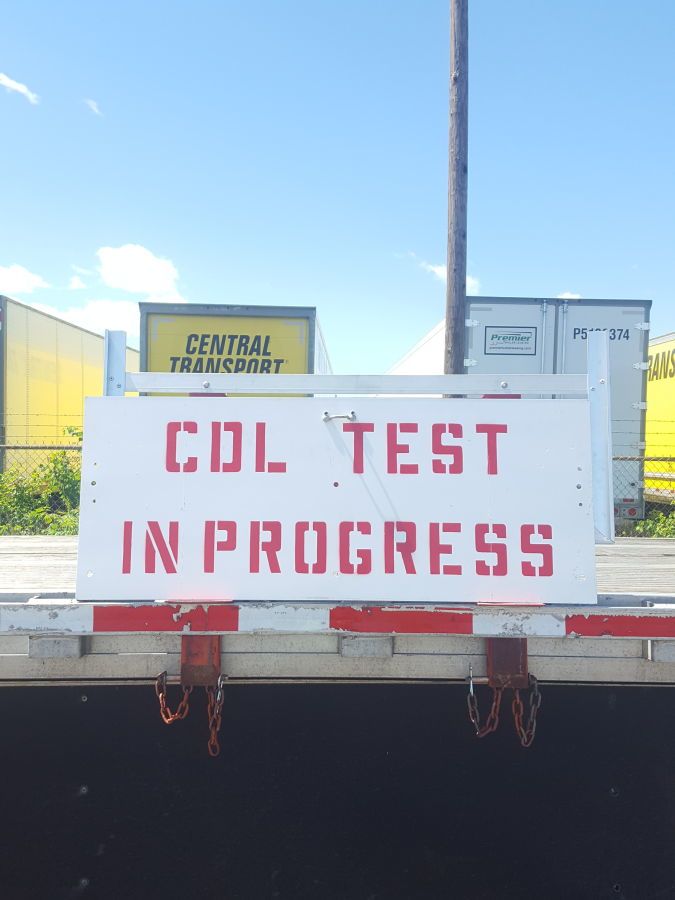 We've spent an extraordinary amount of time practicing over the last few days. In fact, I purposely came back to pittston a day early so that we can focus on the backing maneuvers and in-town practice. I'm taking a loss on miles this week, but if he passes I can say it's worth it.

The exam is happening right now. Unlike last time, I now have to wait in the office lobby while the exam is underway. This examiner is sticking to the rules. Apparently they don't want us trainers having a chance to give signals to the students while they test. The last examiner was more forgiving, allowing me to sit outside and watch. All I can do now is stare at these 4 walls, and it's driving me crazy not being able to see what's going on.