I Hit A Deer This Morning

I hit a deer 10 north of SLT. It was about 0515 mdt. It did more damage then originally thought. But it is getting fixed as we speak. If they can get all of the parts. They told me to come back at 1500. West Valley is pretty good about the projected time. Part 2

Well when I hit the deer, It also shifted my load. So then they gave another load after going to OS&D and dropping them trailer that had been with me since Ohio. So then because of repairs to the truck, they gave the to someone else who get there before noon. That won't be me.

The worst part of this is that had there not been a car passing me on my left I would have moved over, then the problem wouldn't be as it is. And no I wasn't going to fast for conditions. Speed limit was 70. I was doing 60. Then slowed to about 35 when I hit the deer. I went back with my flashlight, but she was dead. 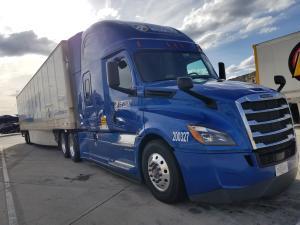 I've always heard to not try to about the deer anyway, because chances are they will get scared and move where you moved to anyway.

Probably so. I just want to put it behind me. The lesson learned is to pay attention. No matter what. .

Did you get any fresh venison? Always carry a cordless Sawzall with you for that. 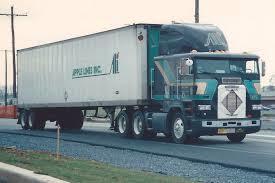 Never a good thing. I hit a deer once and there was nothing left of the deer and like you, it did more damage than I initially realized. Most of the time it is unavoidable. If you swerve, much worse things could happen!

I've always heard to not try to about the deer anyway, because chances are they will get scared and move where you moved to anyway.

Scott, our classroom instructor told us NEVER to swerve, that the company policy was to hit the deer head on and keep our lane. I think they've had more damage from swerves than from head on deer hits. We were also instructed to brake ahead of time if possible, but not to panic brake and shift the load. Maybe drivers from other companies can comment on their company's policy.

Deer, dogs - pretty much anything except PEOPLE- it's always safer in the long run to just NAIL THEM - instead of the risk of making things worse by making an abrupt movement. Deer are incredibly unpredictable and are just as likely to move in front of you anyway.

People - you probably want to do pretty much everything you can, to avoid hitting one. Animals, you won't come under too much scrutiny. Nail a PERSON, and you're in for some fun.

I've got TWO (people) - both were drunk - one in my car - and one on my motorcycle. The car one - he intentionally ran in front of me at an intersection (he had a history of doing it before), I got a Letter of Non-Liability from my insurance company specifying that I was not at fault (as well as the Accident Report stating the same). Motorcycle - unfortunately - the guy got himself dead (and I got pretty messed up). His tox screen BAC was so high, they couldn't figure out how he was even walking, much less ran in front of a motorcycle. Perfect storm - couldn't actually hit one if you were trying to.

I hope you mean deer, not people.

I know, you wait until you see lots of them by the road and then go "bowling for dollars". Just at the wrong place at the wrong time. Too bad, she was a big one.

Adverse Conditions Advice For New Truck Drivers High Road Training Program Truck Driver Safety Truck Driver Training
Click on any of the buttons above to view topics with that tag, or you can view a list of all forum tags here.