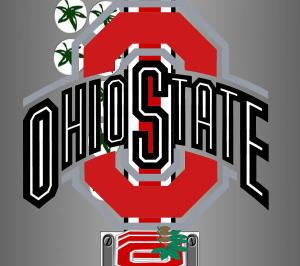 I have been researching. I'm not asking opinions on carrying a firearm, nor asking about the legality. I'm fairly well versed on the areas in which I can and can't carry. But what I have found is that most major carriers prohibit drivers from carrying a firearm. Are there any large carriers that do allow it? My searches have come up empty so far.

I'm fairly well versed on the areas in which I can and can't carry.

That's good. Because you know you can't carry a concealed weapon onto properties that have the proper signs posted declaring you aren't allowed to bring a weapon (concealed or not) onto their premises. That's the problem with trying to carry a weapon with you as an OTR driver. I haven't done the math, but I think it's close to 90% of the places I go have very prominent signs posted prohibiting weapons.

Don't get me wrong. I have no problem with your legal right to carry. I've got a gun collection that many would envy. They just stay at my house.

I don't think I have been to any place to pickup or deliver that hasn't had a sign, "NO WEAPONS OF ANY KIND" Then they show a picture of a hand gun with a line through it. And as you said they stay at home.

I don't know the math on the subject of drivers being attacked but I.think it is in the very low ones.

This has been debated many times on here, I think the last time was a couple of months ago. Look I to the archives you'll find it there.

(not offering an opinion on "yes"/"No" or "Why?"/"Why not?") Should it become known by Personal Injury lawyers that you are carrying, they will find a way to keep tabs on you and your location because any use of your weapon will instantly become a lawsuit involving you, your trucking company and the owner of the warehouse/truck stop you are at. Not the kind of thing these people want to be involved in.

I've got a gun collection that many would envy.

Might have you beat - but it's not a competition. Picture won't upload, but at any rate...

At any rate - there are numerous reasons why companies don't allow firearms on their property (and the truck IS THEIR PROPERTY) - not the least of which is ASSUMED LIABILITY. You shoot someone (even in lawful self defense) and they could end up being sued (workplace violence).

Another reason is that many folks who are not legally permitted to possess firearms - still do. Companies have enough to keep track of, without having to worry about who's carrying, who's legal, etc.

Many states you might be sent to, have no reciprocity or have very draconian firearms laws (NJ comes to mind, as does Cali, etc.) - being in a federally regulated commercial vehicle means that you can be searched (INSPECTED) by LEO at ANY TIME without warrant or probable cause. And in some of these places, firearms or ammo will cause you to be ARRESTED ON THE SPOT (which means in a nutshell, you have to be cognizant of laws everywhere you might be sent with a load), which will result in the COMPANY TRUCK (and load) being towed.

This topic comes up at least once a month (if not more). It's not about anyone's "rights" (NRA Lifetime Member, prior FFL holder, Gunsmith), we're all for them here.

Likewise - if you are CAUGHT with a prohibited item on your truck (company property), you will immediately be FIRED and likely not get another hire.

Now - we've heard of a "large company" here (that wasn't disclosed), that did allow drivers to have firearms. But as a new driver, wth a large starter company (as you will no doubt start out with), it's pretty much guaranteed firearms will be prohibited.

Not to debate here - the choice is always yours. I'm sure guys carry that NEVER GET CAUGHT - but if you DO, the ramifications are so great that we recommend YOU DO NOT.

Here's another thing to consider. I drive through New Jersey and New York almost on a weekly basis. I don't live up there, I live in Texas. That just shows you how much you'll move around the country. Do you really want to get pulled over in New Jersey with a handgun on your truck? Yeah, I didn't think so. Be smart - there are a lot of ways you can defend yourself without packing heat.

All good points. I had just made an assumption that there were a few carriers that allowed it.

Here's another thing to consider. I drive through New Jersey and New York almost on a weekly basis. I don't live up there, I live in Texas. That just shows you how much you'll move around the country. Do you really want to get pulled over in New Jersey with a handgun on your truck? Yeah, I didn't think so. Be smart - there are a lot of ways you can defend yourself without packing heat.

I've been pulled over in a CAR in NJ, pretty much right over the border from PA - and the first question they ask: ANY GUNS IN THE CAR?. Running around with FL tags immediately makes me "suspect" for drug running and gun possession.

Many of the larger carriers are based out of the Midwest - which means their tags are out of the midwest. The GUN FRIENDLY midwest.

IL used to be really scary to travel through with a firearm also - butt pucker time.

When I had my tour bus and was taking bands around the country, I kept one - carried in states where I was legal to, secured in states where I wasn't, and hidden in a super secret hiding spot for states with horrible laws. Even forced to do a Canadian crossing a couple of times. And to be honest, in 180K miles - I never needed it ONCE, and in retrospect - it would have been way less risky to have just LEFT IT HOME.

NJ arrested a PA off duty officer for having his off duty weapon in his car.

They gave one driver FOUR years in jail for it. I live there, and it is a fascist regime.

I have yet to see a carrier allow it. I know a couple owners ops who carry. But they are paranoid about TX, CA, FL. You are more likely to get searched there.

NJ arrested a PA off duty officer for having his off duty weapon in his car.

They gave one driver FOUR years in jail for it. I live there, and it is a fascist regime.

I have yet to see a carrier allow it. I know a couple owners ops who carry. But they are paranoid about TX, CA, FL. You are more likely to get searched there.

Actually - TX & FL are probably the COOLEST STATES as far as firearms go. CA - not so cool. NJ - DRACONIAN, almost (or maybe even) as bad as NY - or pretty much most of the NE (though VT & Maine are OK). MD is also pretty bad. Mass is VERY VERY STRICT on pistols also. And many of these places the cops sit on the highway at the border, looking for OOS plates and yanking them to look for guns. Less because they're worried about "firearms trafficking",and more because folks who are unaware of how bad these places actually are - are EASY PICKINGS for an arrest.

I treat states where my FL permit has no reciprocity has "no fly zones".

The "off duty PA" person, was actually a detention deputy (who didn't carry a firearm for work) on a PA concealed carry permit (yeah - I followed the case closely).

There's also the story (a few year back) of a guy whose connecting flight through Newark got cancelled. Airline put the guy (and his checked bags) up in a hotel for the night - returns to the airport to check his bags the next day, and gets arrested for the firearm that was legally checked through to his destination. Eventually got the charges dropped (or plead them down, forget which), and it took him 2 years to get his firearm back.

Also keep in mind - there are NO FEDERAL OR STATE LAWS that specifically prohibit firearms IN COMMERCIAL VEHICLES (personal firearm - not a whole buttload of them). The same laws that apply to all motor vehicles in the various states, apply likewise to CMV's.