I've been checking on my phone all day and was starting to get worried.

Looking forward to hearing about the next phase of your journey. 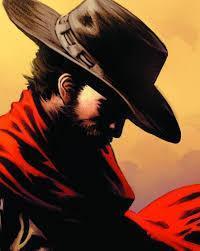 Awesome!!!! Knew you could do it, Driver.

Congratulations sir! You did it! 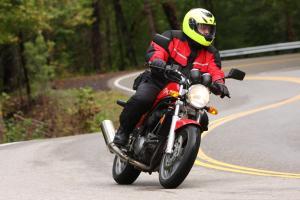 Congratulations. I know a weight is gone now that you have that license.
Way to go!!
Bill R

on the rest of your new career. Shiny side up! 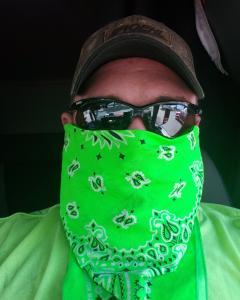 Thanks all for the congratulations and well wishes. I really appreciate it. It was a tough battle but worth every bit of effort. I hope everyone had a Merry Christmas. Best of everything for the new year.

After testing on Saturday, I went home for Sunday to spend a day with family. It's a three hour drive, but worth it. I drove back Sunday night to be back in class Monday at 6:30 am.

Week 4 was a very odd week (1/2 week). A very relaxed atmosphere compared to the pressure cooker of week 3. Monday morning the last 3 students needed to take their CDL skills/driving test. No one had puled my truck op to the testing line yet and my instructor was tied up in a meeting. Another instructor came in and handed me the keys and said go hook up a flatbed and park the truck on the line for me. Take someone with you to help. After spending the last three weeks not being able to go anywhere without a instructor in the truck or in close eyesight, It was kinda strange to be "on our own" even if it was a short trip. It's like the first time your parents toss you the keys to the car and say go pick up a pizza for dinner. Like I said, Just a very relaxed vibe for the week.

With half of the trucks tied up for testing, We ended up with the rest of us piling into the two remaining trucks to do close quarters maneuvers which is basically backing into two dock scenarios and a truck stop pull through while surrounded by cement blocks so that there is limited room to move. I'm sure we will experience much tighter spaces in the real world, but it was a small taste of things to come. In a out a month, we will need to do the close quarters testing when we graduate from our driver trainers in phase 2 on the road. It was good to get some time to practice. Apparently some classes don't get to do it early like that.

The two students that tested on Monday both passed. Every student that got an opportunity to test passed on the first try. (More on that in the next post.)

Tuesday was even more relaxed. most of our class was van/reefer drivers and we got to go home around noon. The flatbed drivers have to be back on Thursday & Friday for load securement, so they spend the afternoon doing a long drive. We sent some of the day filling out paperwork and had an orientation meeting with one of the managers. We were supposed to meet with our FM , but being Christmas eve, we weren't able to coordinate it. We were given he card and told to call after Christmas.

On Thursday I went to the DMV to get my license changed over. Gong on a holiday week was a bad plan. It took me just over 2 hours to get to talk to someone. We were told it could take up to 5 days for the test results to make it to the MN DMV, so, It's a good thing the CSTIMS system had caught up. I would have been pretty upset to wait 2 hours and find out the results weren't in the system yet. I know I can't get scheduled for a driver trainer until I get that squared away though, so it was worth the wait.

I left a message late in the day for the training FM. Now, I'm just waiting for a call back to get scheduled with a driver trainer. I'm guessing I may have to wait until after New years Day next week. if I can get out earlier, I will absolutely jump at the chance.

Recap, conclusions, follow up and thoughts on the training process

We started the class with 16 people at roll call at the hotel that first Monday. We ended on week 4 with a total of 8 students that passed the CDL test. One of my fears going into this was being one of the folks that you read about getting sent home. As you've read, up until the Thursday I was still very concerned about making the cut. Here's the breakdown.

1 student never made it to the classroom. He dropped out prior to class.

2 people left because they decided it wasn't for them.

1 student had a medical issue in week 2 and left for medical reasons.

3 people were sent home because they weren't able to progress fast enough. Most of this was because of shifting. In hindsight, If you're concerned about being sent home, you may want to strongly consider training on an automatic transmission. Training on a manual adds a huge degree of difficulty to the learning process. I think its worth the effort, but it sure doesn't make the class any easier.

Come to class prepared to work. You will be in class 10 hours plus another hour for breaks and lunches. If you're used to less than a 11-12 hour day, be prepared for a culture shock. Having been on salary most of my life, I was used to long days, but it nearly killed some of the students week 1 and 2. After class, you will need to spend time in the hotel room working on memorizing the pre-trip, shift pattern, studying the textbook etc. Many nights between the homework, writing this diary and getting something to eat, my day ended up looking like; eat work, eat, work bed. Some folks came to the hotel with a PlayStation or x-box. every singly one of those ended up leaving saying "this isn't for me."

It should go without saying but, make every effort to follow direction and don't argue. Whether you disagree with the feedback or not, take the feedback given and try to learn from it. All three of the folks that were sent home developed a reputation (right or wrong) for arguing, talking back, making excuses or otherwise not being coach-able. Even if the direction doesn't make sense, do your best to listen, ask questions if your confused and follow the direction. Especially when it comes to backing, the direction didn't make any sense to me at all, but, once I started to follow the direction without thinking about it, it started to come together for me. On that note, one day my truck partner was struggling with backing the instructor told him to talk it through out load as he was doing the maneuver. I could see that he was going through an internal dialogue making decisions on where to turn the wheel. The instructor said again, Talk it through out loud, I don't hear you. On the third failed attempt the instructor started grumbling that if you refuse to follow direction, I cant help you. He was pretty fired up about it through the rest of the exercise. Bottom line. Whether the direction make sense or not do it to the best of your ability. If you have a short fuse, work on that before you get to class. You do not want to let that show in class.

The instructors want you to be successful. if you have questions ask. The feedback might be rough around the edges at times, but, you will get the instruction you need. I've talked about the roller coaster emotional ride. There may be be times where you feel like giving up. Don't do it. Know that everyone goes through the same challenges. I'm convinced that part of the reason for the short training time is to make sure the folks that will drop out when solo get eliminated during the training program.

Hopefully you've found this diary helpful. I'm currently waiting for a driver trainer to hit the road. I'll open a new diary once I'm on the road to talk about how that goes.

Thanks Wild Bill - your diary is really worthwhile reading! 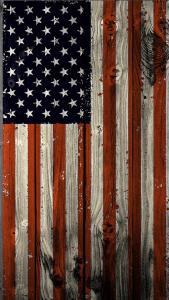 This thread had been very informative. I think it rivals the Wine Taster Roehl diary especially for the specific concerns I have and had. Thank you for taking the time to do it amid the whirlwind that is CDL school. I look forward to reading the new diary.