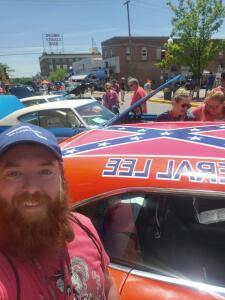 If everything goes well I. Will be starting orientation with wiley Sanders trucking in Troy AL. Have any of you heard of this company?

I've seen lots of their trucks for years all over.

Are you going to be considered a new driver once you start again?

Yes I need some refreshing. I've been driving buses and FedEx trucks.

Parked beside one yesterday. Equipment looked new and clean.

Congrats Mike. They have been around along time. I run across alot of them at paper plants and paint plants. Some of their stuff is older that I regularly see but well maintained. Also many of the drivers I come across are older, and I mean make me look like a youngster. They have a dry van and dry bulk fleet that I am aware of.

A trailer or truck that that requires no special attention, such as refrigeration, that hauls regular palletted, boxed, or floor-loaded freight. The most common type of trailer in trucking.
Dan S.'s Comment 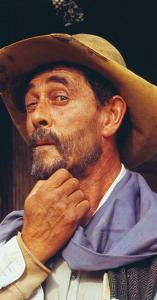 Although I've never drove for WSTL, I lived in Troy, Alabama where they're home based for twenty two years and worked for Sanders Lead Company X 6 years as a Lab Tech.

This much I do know and can tell you.

His oldest son Stephen has been involved in the trucking side of the family businesses for a number of years now.

I'm certain he's taken control of that part of the businesses.

Stephen Sanders Truck Lines (His trucks looks identical to other Sanders trucks, except his name is on the side of the sleeper)

And about eight other Plastic recycling plants throughout the United States

Sanders Lead is one of only about 3 remaining re-snelters of recycled lead; specifically lead from batteries.

They control 2/3rods of the recycled auto batteries in the United States.

Thus a lot of what they do haul is DEAD batteries into Troy.

Cleaned, reprocessed, recycled the plastic is extruded into small pellets and hauled throughout the country by tanker, in boxes by dry vans and rail tankers.

The lead is recast into various alloys of lead, typically 10 or so of the various 77 alloys possible. Used for making wheel weights, batteries, ammunition radiation shielding, vests etc.

Although they DO haul other types of freight? They haul A LOT of their own products. (Each tanker of recycled plastic pellets is about $45k, with each load of recycled lead being about $65k ~ depending upon current market prices)

A trailer or truck that that requires no special attention, such as refrigeration, that hauls regular palletted, boxed, or floor-loaded freight. The most common type of trailer in trucking.
Page 1 of 1
Return To General Category   Trucker's Forum Homepage