Is it common to have pain in the butt from sitting at the wheel for hours at a time? Does this get easier to tollerate over time or does it lead to more issues over the years? Got a top shelf seat and air ride but still road pain. Any advice from the veterans?

You may want to try taking your wallet out of your pocket when driving. That simple act has worked wonders for some.

I concur with OS on that. I also sit a bit lower...works for me.

It may take weeks to get your seat "just right", between the heighth, distance from the steering wheel, the seat back, lumbar supports, etc. 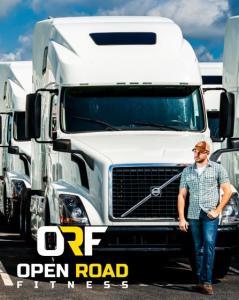 Hey Steve, what you're feeling is the result of something called "glute inhibition." Basically, the constant pressure from sitting is causing your muscles to weaken and not work properly. It's fairly easy to fix with exercise, but it can lead to back pain if you leave it alone. The exercises are easy to do, and easy to remember. Just google "Glute Activation Exercises"

I find adjusting the seat height during the day so not always the same can help. If you are not definitely use your arm rests. Take a look at your seat, there are lots of adjustments to them as far as fore and aft and tilt that can make a difference. You can also buy a cushion, I use one once in a while but very seldom anymore. And it will get better over time.

Purple seat cushion, I love it.

Oooo I bought one of those purple cushions and absolutely hated it. I was going to throw it in the trash and my other half said.. "don't do that, I'll take it!"

My trainee at the time and I just giggled to ourselves (she had tried it too) and as soon as he was out of hearing distance, we made a bet on how long he would use it. I generously bet 2 hours. I called him a few hours later and asked him how he liked it. He said his Atlas was riding comfy.. he barely made it an hour.

I'm glad you like it. Everyone I know personally that's tried one, felt like I did. It's great if you aren't moving and the truck is sitting still. Otherwise we all ended up with what we called "waffle butt". The channels in that cushion shift and flex and literally rubbed our butts raw.

When I was brand new, a regular bed pillow worked wonders until I was able to figure out how to get my seat properly adjusted in my first truck.

I had the same thing early on. Mine seemed to be right on my tailbone. Try all the other suggestions as that’ll help. A little Tylenol when it gets bad can’t hurt either. For me it just took a couple months and it eventually just went away. Now I have no problems with a long day in the saddle.

Funny thing, this week I’m in a classroom setting and those regular chairs are killing me.

I concur on the wallet. Mine was ALWAYS in my right back pocket...till I started driving a truck. Now it's always in my right front pocket. Helps a bunch.