Ok, we did a thread about whether or not Twitter was worth messing with, and the answer is no. But that thread also confirmed something I already knew which was a lot of people like sharing photos on Facebook. So now I have a new question...

What if you could simply email a photo to a normal email address like photos@truckingtruth.com and it would automatically be uploaded into your own personal photo gallery here on TruckingTruth and would show up on your profile page? All you would have to do is snap a picture, hit the "share" button, choose "email", and send the photo. Bam. Done. Just like that it goes straight into your own photo gallery just like it does on Facebook. No logging in. No coming to the website. Just email the photo and I do the rest.

And as a bonus, any text you put in the email message would become the caption for the picture and everyone would see it.

I did that exact thing yesterday. I snapped a picture, hit "share", chose "email", and sent it to a buddy of mine, all in about 45 seconds.

If I setup something like that, do you guys think you might use it? I was thinking it would be awesome to have pictures of people as they work their way into trucking.....the first day at school, the first time in a truck, the day you get your CDL , and of course the biggie - your first truck when it's time to go solo. That would be awesome!

And for those who aren't sure if you'd use it much or not, would you at least be willing to send a few pictures once I set it up to get the ball rolling?

I think that is an awesome idea!!!!

That's a great ideal!! I'm on I-90 right now in Montana snow everywhere! Taking picture with my new camera cuz my mom love the picture of my trip and the places I've been. I made to do more work since I use a Tri and not a smart phone to take my pics. But still epic ideal tho!!!!!!

Oh you guys are getting me fired up already! I'm glad you're liking the idea. I think it would be really cool. 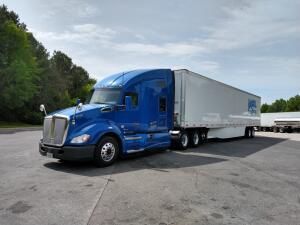 I would use it, It would be cool to see more pictures.

What an excellent idea, especially since I couldn't even figure out how to load a photo into my profile . . .

Would make it much easier for me. I have alot of photos I think to share here but cant figure out the whole internet link thing.

Very cool feature Brett, I'd use it.

Photos TT Website
Click on any of the buttons above to view topics with that tag, or you can view a list of all forum tags here.