Fed-up With The Trucking Industry

Page 1 of 8 Next Page Go To Page:
Jonathan W.'s Comment

So, short story long, I'm quite fed-up with the trucking industry. I worked for Werner Enterprises on the Family Dollar account, then I was fired in three months, couldn't get a job anywhere else (in trucking), and eventually, just gave up thinking, "screw this, I'm gonna drive buses instead."

First of all, the trucking industry is filled with stuff that just don't make no sense. When I was in truck driving school, the school was so overcrowded, the trainers couldn't focus on anyone. Ya got one attempt to try and back up the truck per DAY, then you waited the rest of the day for another turn, which would never come. Also, the trainers taught everyone aggressive driving techniques and I and a lot of other students failed their first road test, driving exactly like the teachers. For example, we were taught (and I know most commercial drivers do this) that when making a 90-degree turn, if there's someone in your way, block them and make them back up. I got failed for this. They claimed I was about to hit the car, which was not true because I clearly stopped before hitting them. Why would they think I'd keep going when there's obviously a car there? Have they never seen a truck making a sharp turn. They drive like that all the time where I live. I don't know why this behavior was such a shock to my instructor.

Compare that to training when learning how to drive a school bus and it's way less chaotic. For one thing, they only train one person at a time, so you get plenty of attempts to learn how to back up. In fact, I was FAR more confident in my skills on the school bus road test, than when being tested on how to drive a truck. I passed the road test in one try, while it took me four attempts when driving a truck.

Normally in every single job I've ever had, if you make a mistake, they tell you what ya did wrong, how to correct your mistake, and give you a chance to correct yourself. For example, on my first day as a school bus driver, I accidentally took a student to the wrong school because that stop was used for multiple routes, and I didn't know everyone yet. They told me, "for now on, ask each student which school they're going to to make sure you're picking up the right person," I corrected that mistake, and never had a similar problem. On the contrary, in the trucking industry, if you make one mistake, they'll tell you what you could've done differently, then FIRE you, without giving you a chance to improve. Then, no matter how many companies you apply at, not a single one will hire you. You never get a chance to learn from your mistakes. "Well, if you don't know how to report an accident, your trainer failed you..." then they fired me.

When I was in truck driving school, a lot of my classmates said, "I don't wanna drive precious cargo," but I'm tellin' ya, driving a bus is eons easier than driving a truck. Especially since your trainer isn't asleep while you drive.

Hey guys, we allowed this first time post from Jonathan because we thought it might encourage some helpful dialogue. Trucking is not for everyone, and the training is almost always hurried and short. It requires a lot of personal responsibility and a unique ability to keep a cool head under pressure. Jonathan's experience also included his first professional driving job being on a "dollar account." You all know how we discourage that.

Please feel free to comment on this topic. I don't really want to see a bunch of folks bashing Jonathan, but I think we can have some constructive conversation on some better ways to start a trucking career. We deleted a few of his remarks where he was mostly trying to get some hits on his YouTube channel. 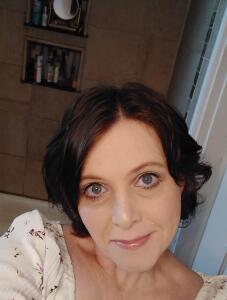 Explain to this neophyte what a "dollar account' is, please :)

Explain to this neophyte what a "dollar account' is, please :)

Brandie, take a look at what Jonathan told us...

I worked for Werner Enterprises on the Family Dollar account, then I was fired in three months, couldn't get a job anywhere else (in trucking)

Working a "dollar account" means you are a dedicated driver who only delivers to multiple locations of one particular customer. That might be Dollar General or Family Dollar, or even Dollar Tree. These are really tough jobs due to unusually tight backing maneuvers and hand unloading your freight at multiple locations with no loading docks. You may unload 80,000 pounds of boxes per week. It is not a good job for a rookie. Jonathan doesn't tell us why he got fired. He conveniently left that out. But I can assure you the reason he got fired is also the reason he "couldn't get a job anywhere else in trucking."

Ahh. so very similar in nature to say.. Sysco Foods or any number of restaurant supply companies.

How long a period of time was Jonathan in the industry? 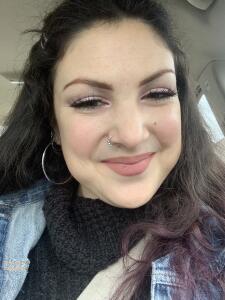 I’m glad you decided to allow this post in the forum because I think it highlights the kind of frustration that could come up for anyone in this career. As someone whose still just in the “consideration” phase, it’s oddly helpful to see all sides. I could write this post, with different details, about my current job and industry. We all hit the wall wherever we work and I can’t imagine the frustration of dealing with those dollar accounts. I happened to just be reading Papa Pig’s account of his adventures before I saw this new post. If nothing else, Jonathan you can maybe step back and see what didn’t work for you and why. Maybe you decided to give it another try, I have to think some company will take you but I can’t say for sure. Or maybe you really are done with this industry and need to look elsewhere. That’s also a good thing to come to if it isn’t the right thing. I appreciate this forum a lot because it isn’t always the same story or the same angle. There’s an honesty and reality here that I appreciate a lot. I know I’m not alone. Good luck Jonathan, wherever you end up! And thanks Old School and the other moderators for opening up these discussions.

Ahh. so very similar in nature to say.. Sysco Foods or any number of restaurant supply companies.

1. While Sysco, McLane, etc. will hire drivers with limited experience, Dollar stores actively prey on new drivers with no experience. If you search you will see many posts from drivers right out of CDL school who were approached with offers to drive for Dollar accounts with no experience. The new driver thinks it's their lucky day because of the higher starting pay, not realizing the skill required or the danger involved. Too often they back into things and find themselves fired with several incidents on their DAC and only a few weeks of driving experience. As the OP states - finding another driving job after that is a challenge.

2. Dollar stores run a tight schedule and many of their stores are stand alone with small parking lots. Restaurants are usually next to other businesses so they tend to share a larger parking lot giving more room for a truck to maneuver. Putting a rookie in a funky backing situation while the clock is ticking is a recipe for disaster.

The main problem of the OP is generalization. Although his school and work experience is true and unique, it cannot and should not be extrapolated to other schools and companies. I was a student at NETTTS in North Andover, MA and can say that everybody got as much training ans practice as he wanted, and testing was scheduled only when a student felt that he was ready. The passing rate was over 85% for sure. Another thing that I strongly disagree (as someone who was fired from a large company after two weeks of solo driving) is that nobody will hire you after such a fiasco. It took me only a week to land a good local job, and even when I was fired again, this time after three months, Western Express offered me a regional job at .55 cmp which is not bad at all. So there is absolutely no point in falsely claiming that all schools are bad, and no company will hire you once you made a mistake.

Changing Careers First Solo Months On The Road Hard Lessons Learned Truck Driver Training
Click on any of the buttons above to view topics with that tag, or you can view a list of all forum tags here.