Page 1 of 3 Next Page Go To Page:
Travis's Comment 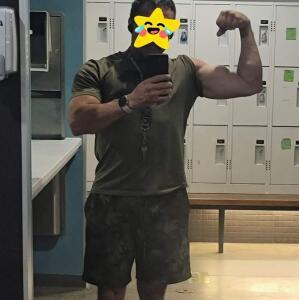 Just took my urinalysis this AM and exams right now. Passed all 3 required and the tanker(required by Cape Fear Community College for their CDL school)

Classes start the 21st! Excited to get going plus I get to spend time with family in NC I haven't seen in 3.5 years.

Look forward to following your journey.

Tanker endorsement for some of the large capacity liquid totes we haul occasionally.

The community college requires the endorsement for their course. I'm not sure why tbh.

I've hauled mulch dye in totes a couple of times. You need the tanker endorsement to haul them.

Lived in Wilmington for about 7 years. Cape Fear is a great school. As is their CDL program. Best of luck. Which company are you leaning towards?

Given I don't need paid school and since I decided against that route in March I hadn't given it much thought.

TMC sounds good but I need my home time to be near Calexico CA...so Yuma, Phoenix, San Diego, LA area. I think TMC is primarily East and North.

I've got a 15 year employment "gap" due to being Army retired as well as drawing VA disability and living in Mexico haven't needed more income til now. Apparently even given it was a "valid" absence and not me Fin' off and doing meth companies still don't like it . I'll probably see who bites as I'm wrapping up school and the month or so after and post here and get feedback.

Of course any recommendation you want to make given that geographic area I stated and the employment gap is more than welcome right now too. I've applied for my TWIC and just need to set up the appointment and will probably add doubles/triples as well between now and June when class wraps up.

Lived in Wilmington for about 7 years. Cape Fear is a great school. As is their CDL program. Best of luck. Which company are you leaning towards?

You can try CFI, we have a drop yard in Calexico and a terminal in Fontana. Like most companies CFI has programs for Vets. Good luck.

The community college requires the endorsement for their course. I'm not sure why tbh.

CDL Endorsements Tanker
Click on any of the buttons above to view topics with that tag, or you can view a list of all forum tags here.