Given Up Truck Driving For Good

This was somewhat difficult to read due to lack of punctuation. However, what I'm getting out of it is that the incidents are ONLY property damage accidents that occured when something unexpected happened (construction). In moments like this it's extremely important to STOP AND THINK before you react. Mistakes happen when you're flustered or upset. I don't believe you need to give up on the industry all together, we've seen people overcome far worse accidents and become excellent drivers, even highly decorated at their companies. The more companies you quit the harder it's going to be to overcome this.

Your weight has nothing to do with the accidents with Swift. Your weight gain has to do with poor lifestyle and dietary choices. No judgement here, I myself let my weight get out of control. It's so easy to grab something and munch while you go down the road, drink sugary and carbonated beverages and crawl into the bunk for your whole 10 hours. In the last 3 years I gained close to 40 pounds. In the last 2 months I've dropped 25 of it and am starting to feel happier. I still drink too much pop/soda but I do intermittent fasting. I typically wake up around 1am and don't eat ANYTHING (still drink my soda, about 3 or 4 20 Oz bottles) until 430pm or 5pm when I sit down and eat a healthy dinner with the family, with the exception being 2 of the days I'm home all day in which I'll eat a more normal schedule/amount. Getting started SUCKS, but I haven't increased my physical activity at all other than getting out of the truck and moving, even something as simple as walking along the side of the trailer for 30 minutes while you get loaded.

Micheal not to be disrespectful, but the second accident was very similar to the first one, you put your truck in a space it didn’t belong. That’s going to be the issue for most companies, especially if you tell them you had no idea how the second accident happened.

Walmart Dedicated reefer is not a good account for most rookies. 20% of the stores are tight and require extreme caution when entering the dock area, backing to the dock door and exiting the dock area.

What DC were you out if? I ran out of 7030 in Pottsville for almost 8 years. There is about a dozen stores that are very difficult, low margin of error. 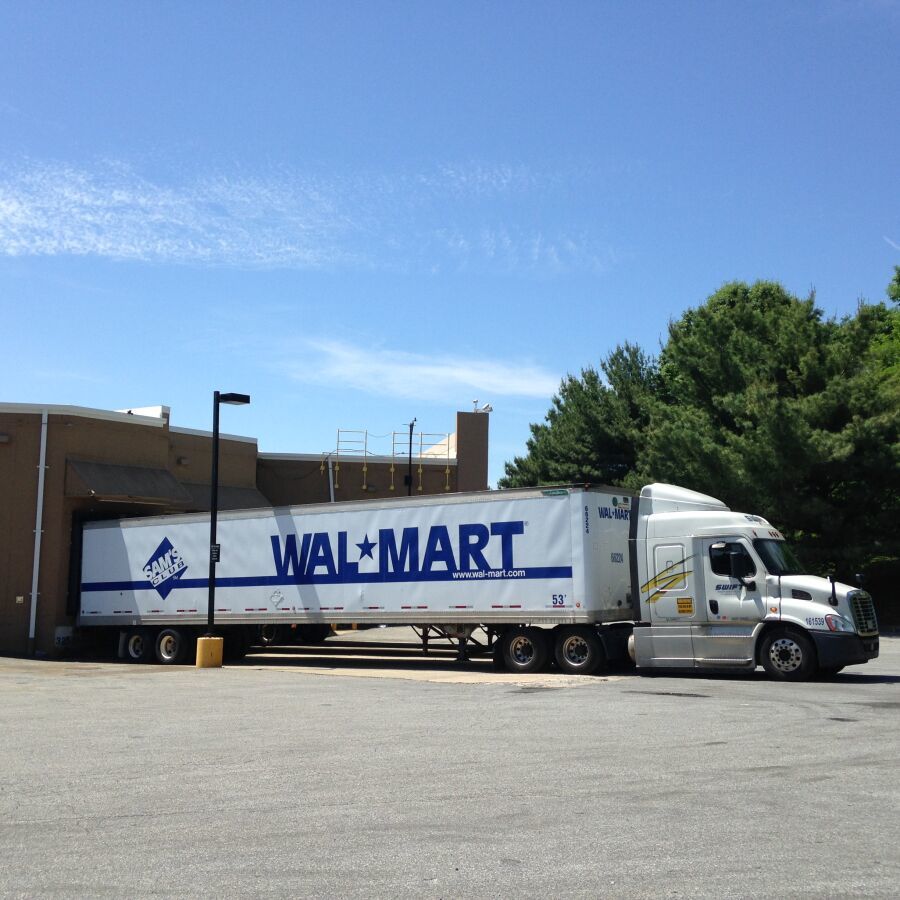 The majority of the recorded accidents were around the stores. Some rather serious…almost all of the drivers involved had less than 6 months experience. Very unforgiving account.

How many companies have you driven for?

I counted 4 maybe 5. Why didn’t it work out with them?

Your job jumping is going to hurt you. If you want to try again, CFI has refer based out of FLA. We have terminals in Jacksonville and Sanford, Florida.

They may be willing to give you a shot.

Also, to add to Big Scott's suggestion, I've got a HUGE cache of companies that still e'mail my husband of 22 years, driving that many years. Please put your LOCATION in your profile; we can ALL add to the coffers, and help!

Student driver for Swift .... where was your mentor? Swift tends to be rather forgiving. Do you HAVE a full CDLA? I've not looked at your past companies yet, myself . . . so pardon the repertoire.

G'Town is ALL things, Swift. . . rightfully so. I'd heed HIS reply like a golden egg, if I were you.

I'm guessing if you 'are' giving up totally, there is no sense in helping ya, anyway.

ps: I grew up in Florida. Not a lot of 'outbound' freight, but flowers....and flatbed. Would you entertain either?

Swift runs teams during training once the student surpasses 50 hours of driving. There is nothing unusual with that.

Again, same type of accident twice and the fact that Michael had no clue how (his words)the second one happened is likely why he was let go.

Michael you worked for 4 different companies after leaving Swift. What happened? Were you let go? Or did you quit? If you did quit, why?

Swift Transport Walmart Advice For New Truck Drivers Hard Lessons Learned Trucking Accidents
Click on any of the buttons above to view topics with that tag, or you can view a list of all forum tags here.