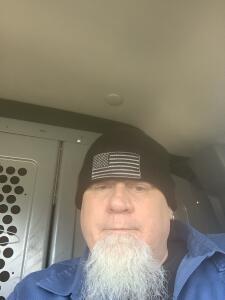 Got few questions. #1Driver solutions do they actually work for Pam or the trucking school? #2 I read trucking truth on Pam and it states first 1 to 2 years you’ll make 30,000.00 to 40,000.00 a year. But as I scroll down Pam says I could make up to 60,000.00 first year. So is 30,000 to 40,000 really what a new driver could expect? This is Trucking Truth…. #3 Does Pam transport have there own trucking school? Where as driver solutions sends you to a different school? Then Pam reaches out to hire ? #4 Going thru driver solutions I will have to pay I believe 45 to 50.00 a week once I’m hired thru Pam. But on trucking truth they say no payment just work for them for one year. Where I’m confused is does Pam transport have there very own school where as driver solutions is like a 3 rd party and this is why I have to pay around 2000.00 dollars back the the rest will be forgiven… Pam says says school and training is free … There’s so much different information out there.

Driver Solutions They partner with PAM to do their cdl training. PAM does not have its own school. At one time PAM contracted training w various programs thruout the country.

Free bird. It’s hard to predict what a first year driver will make. It all depends on what your rate per mile is with the company and how many miles you can run with them. Then accessory pay and bonus’s have to be considered, but these are impossible to predict. When I started out with Schneider, I was on pace to gross about $40,000 my first year. This was based on .48 cents per mile. Do you know yet what you would make per mile with PAM?

I think $30,000 is on the very low side. $40,000 would be more realistic, based on my experience and that of other first year drivers. But then a lot depends on the driver’s performance and efficiency that first year, which will be a work in progress.

I have driven 10 months with my current company. I’m on pace to gross about $60,000 my first year with them. But when I hit one year, I get a .04 pay raise. That translates into approximately $400 more per month. So, most everyone has to pay their dues, so to speak, the first year. The top earning drivers usually get to that level after 3 or 4 years, or longer. Get hired after 30 months with a company like Walmart and then you can get into the six figures per year.

Thank you BK and George, I appreciate your honesty, and it gives me a heads up on what to expect, as a journeyman plumber I know what you saying about learning a new trade such as trucking. We got young guys coming into the plumbing trade , we train them for year or two then we let them into a truck. Well once there in truck they start thinking they should get 30.00 bucks an hour well hell there still learning… it takes time to get to the big bucks…. So I understand I’ve got to get through the learning stage of driving them monster trucks… I’m so excited to learn but nervous… I wrote another post on this subject about Pam.. the other trucks basically stated the same thing. I’ll get more questions answered from my recruiter but now with the information I have from all you truckers out there. GOD BLESS THE TRUCKERS…I will talk to some other company’s as well before I decide who to go with.. BK I hope your not still stuck in Oklahoma hope you got it figured out on your cdl… thanks again guys….

All that info on the paid training is old and outdated. There are many companies offering paid CDL training. Some are: CFI, Prime, Schneider, Stevens, CR England, Heartland Express, Millis Transport, Roehl, Swift, Knight, TMC, Maverick, and others.

It is realistic for a first year driver to make $35,000 to $50,000 in their first year. As you home your skills you get faster and more efficient, leading to more miles and more money.

I hope this helps.

I came into trucking after a lifetime in the trades. It is a craft just like what we were doing before. Also, just like construction, your pay is determined by your performance. In that aspect, you will be able to pick things up quickly.

There are a ton of great carriers here that offer school and training. I'd highly recommend looking into those.

My first full year of driving after school and training I made 75 k this last calendar year I made just shy of 70k but also have about 7k in my 401k and i took considerable amountsof time off and a few week plus long vacations. It's definitely possible to make the same if not better than we do in the trades.

Something to think about is that it's far less taxing on our bodies and our mind and soul to do this, something you enjoy. Also, the companies offer retirement, benefits and stability, Something that I never found in construction.