Hi, first post here. I used to be in IT as well, as a programmer. My last IT gig ended about a year ago, and I've been bouncing around doing other things since (Walmart and a call center - both yuck!). I recently moved back to Philadelphia (go Eagles!) and have been struggling to find work here. Unemployment in this city is still around 10%, despite the supposedly improving economy. I waited far too long for companies to get back to me, so on Monday I start CDL school. Six weeks from now I should be taking the test and moving on with my life.

I figured for quite some time that my IT career would come to an end. I'm in my mid 50s, and it was getting harder and harder to stay employed as a programmer. If I had a choice, I'd actually be working in a racing stable at the track right now, but I need more income than that would pay, at least for a few years, so trucking here I come.

There are a lot of IT people going into trucking. That's interesting.

I've worked in corporate offices that were full of Indians over here on H1b visas, working in IT. I remember there was a 60 minutes segment about American IT workers training their replacements from overseas, then being fired right afterwards.

Wow, the things I've done. Let us start from after High School. In 2001, at 18 went in the U.S. Army Infantry for 3 years, with the 101st Airborne Division and took part in the initial invasion of Iraq in 2003.

2004/05 I went to Combat Engineer in the reserves for 3 years. During my military reserve time, I worked at Walmart, a cabinet factory, Telemarketing, Construction, and Law Enforcement, and got married.

In 2007 I went back active Infantry for 3 more years in Alaska, became a Hazmat NCOIC, and a team leader and squad leader then deployed to Iraq again in 2008. I worked as a volunteer at the Fairbanks, Alaska police department prior to my deployment.

I then joined the National Guard in 2010 in my home state of Indiana to be a Military Police Traffic Investigator. Recertified in Hazmat again and finally left the military in 2012 after a nasty divorce. During my national guard stint, I worked armed security in a hospital, and a distribution center prepping/picking palleted orders of tractor parts for shipments on wonderful 18 wheelers.

In 2012 I moved to Orlando, Florida and decided to go to college thinking I knew what I wanted to do. Between 2012-2015 I worked for my college as a tour guide. I received a Bachelors of Science degree in Recording Arts/Engineering and worked with some very well known music artists. I followed up that graduation with a Masters of Science and MBA in Entertainment Business. During my time in college, I opened a very not well known Record label, it was called Alltimate Audio Entertainment. I found out real quick that as much as I loved music that was not the industry I wanted to be in.

I came home in 2015 to care for my, at the time 72-year-old mother. In 2016, I decided that I should give trucking a try since my mother, step-mother, father, grandfather, and a cousin all did it at some point in their lives and they loved it. I went regional so I could still help my mother.

I sold myself short fighting to get 100% VA disability because that is what I was told I should do. When I finally got it I was 3 months into trucking and had to leave.

Lastly, as stupid as this may sound to any of you, I will be renouncing my 100% rating from the VA. I hope to keep some of a rating but I have finally realized that I don't care what everyone else thinks, this is my life, my decisions, and if I fail then that is my problem and I will continue to find a way to make things work. I know for damn sure that I won't let myself sit and rot away doing nothing though.

The 100% does come with caveats. You could become a poker player or enter marksmanship competitions. Those are winnings not work, rofl

The 100% does come with caveats. You could become a poker player or enter marksmanship competitions. Those are winnings not work, rofl

A couple of months to get my CPAP , and other health issues in line for compliance and success in the industry, going to revisit my CDL school for a quick 1-day refresher, and some research to find a company and where I'd fit best and I'll be good to go. 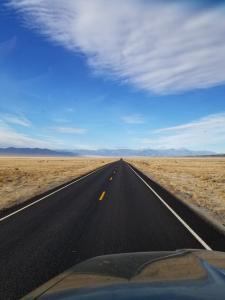 Starting as an 18 year old, I was a newspaper reporter and editor for a small town newspaper. Got caught taking a drink at a open bar at a social function I was reporting on, and was fired.

Worked two jobs when I was 19, quit one at a fast food resturant when we were robbed at gunpoint and was pistol whipped to the ground.

Joined the military, medically discharged less than a year later.

Worked construction odd jobs and worked as a pump mechanic for a tile manufacturing company.

Went to school and trained in EMS, eventually graduating #3 in my class and becoming a Paramedic. Worked in EMS in South Florida for a few years when I was laid off in the job freeze of 2008. Couldn't get a job.

Became a pawn broker for seven years, hated it. Was a range officer for a year, loved it. Would still be doing it if it paid well.

Paid truck driving school with cash, and one year OTR , here I am 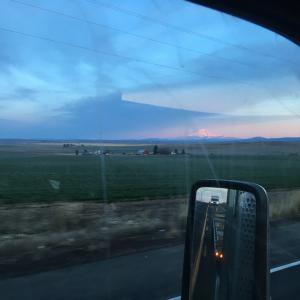 I'm a casino lifer. I've been in the casino industry in Las Vegas, NV since 1984. I've been a table games dealer, 21 pit floor supervisor, assistant shift manager and shift manager. Now I'm back to being a dealer, which I enjoy, much less stress and strife.

If it all breaks right, I'll be starting school with Prime Inc. on the 27th. I'm excited and nervous at the same time. It's kind of cool that I can still have this kind of a great adventure at my age.

Love that, "Movin' On" avatar!

Welcome to the site.

Thanks for the nice welcome, I appreciate it! Movin' On is one of my all time favorite shows.

Love that, "Movin' On" avatar!

Welcome to the site.