I work for Prime and very impressed with the time and money they have put into my training and basically me. However never knew I would meet so much rivalry out on the road. Last week we were in California John and I had walked up to the shipping window. This lady driver walked up behind us and she said “so y’all Prime drivers” yes and she said this like three times and shaking her head like yea...so I say “is that a bad thing ?” She never answered me.. so I just walked away. Well yesterday we are in New York at the TA . It’s pouring rain I’ve been up about 16 hours and just want some soup and salad. U know. I go to the bathroom this guy at the counter looks over at me .. I just walk on. I come back he about falls off his stool looking.. I’m think he must think he’s something else !! We eat then go outside to smoke beneath the awning. We walk back in he says “ u folks alright? (Wth) I see y’all work for Prime ( I had a prime shirt on) and I know Prime ain’t worth a **** about taking care of their people.” I said “really well I don’t have any problem with how I’m treated at Prime— quite happy however I guess u have a problem with Prime —what happen they wouldn’t hire your fat ass.. everyone busted out laughing. What could he do he picked a fight with women.

You are perhaps too new to realize this yet, but most drivers don’t typically care what company you work for.

Best advice when you meet someone like you described, ignore them like “water off a duck’s ass”. Their whole purpose in life is to stir the pot and get a rise out of their target. Don’t give them the satisfaction...

It doesn't take long to realize there is a subset of truckers who know so little about the world that I'm amazed they don't need to write their own name on the back of their hand so they won't forget. Now that in itself isn't the real problem. The problem with these idiots is that they think they know way more than they do so they feel compelled to share their brilliant insights continuously to anyone within earshot. It's obvious to you they have no idea what they're talking about, but trust me, it's not obvious to them.

There is some overlap between this idiot subset and their close brethren the storytelling subset. The storytelling subset seems literally incapable of telling the truth. Their compulsion to exaggerate every detail of a story makes every story they tell continuously morph into a wilder and bizarre version of the original. When you meet these people it will become immediately apparent. I highly suggest you simply view everything they say as fiction and enjoy the stories, because my God are they entertaining if you look at them from that perspective. And you're going to wonder if this person actually believes their own story. The answer is no, but like the idiot subset nothing stops them from talking.

With both the idiots and the storytellers it's best to just smile and nod at everything they say. For the love of God don't debate anything with them and don't call them out on it. If you can't believe the baloney you've had to endure to that point I promise you that you ain't heard nothin yet. Treat them like a bear. Smile and nod and move away slowly while never turning your back on them. When you feel you've gotten some safe distance between you move quickly and don't look back. And don't feel bad. You're just the most recent victim. Long before you're out of sight they'll have reigned in a new one. The only reason they started talking to you is because the last person finally got out of earshot.

But seriously, you sure you're all right?

I'm surprised I didn't have more interaction like yours when I still worked for Swift. People are stupid.

Good to hear from you PM!

How are you? (Hijack of Donna’s post in progress)

Good to hear from you! 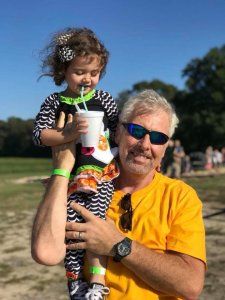 "There's an old man sitting next to me...

Making love to his tonic and gin."

These.days, I believe I'm beginning to be the old man! 😜

Donna, thats hilarious how you shot him down

Who you callin’ Youngsters? 😆

But seriously, I love the way she gave it right back to him.

Good to hear from you PM!

How are you? (Hijack of Donna’s post in progress)

Good to hear from you!

Haha nice one G! I'm great! Back on the road, teaming now, doing otr home furniture deliveries. Wife left me earlier this year. Should make six figures next year or close to it. That pretty much sums it up.

Sorry for the hijack Donna!