If anyone is interested, these are the states I've been to in just two and a half weeks. 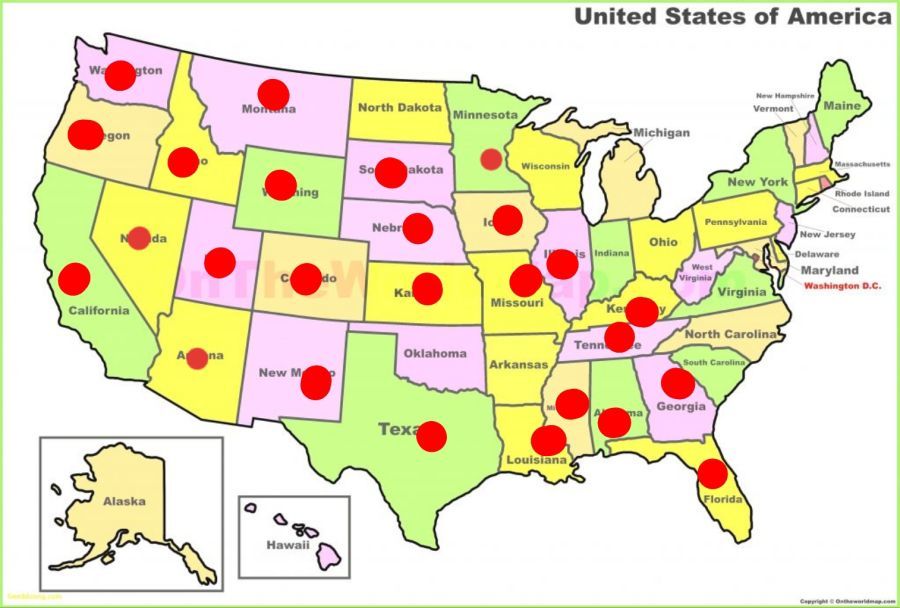 If anyone is interested, these are the states I've been to in just two and a half weeks.

All the easy ones?

All the easy ones?

Haha, it's just where we have been dispatched to and/or routed through. I'm not sure I'd call chaining, blizzard driving and ice skating easy, but that's a newbie's perspective. Perhapse it will become easier as I gain experience. To each his own.

I'm 19,000 miles into TNT. My trainer decided he wants to take a vacation in a week, for a week, so I'll be home during that time - not paid, because as a lease operator he would have to pay me out of his pocket. I stopped at Iowa 80 the other night and bought a toy truck for my 7 year old son to help him be a little more ok with daddy being away so much. We'll be doing some fun things with the kids while I'm home.

Trip planning is important. I was asleep and was told that the Rand McNally GPS and the QC Navigation froze at the same time, causing my trainer to make a wrong turn into a dead end - this happened last night and my trainer had to back up for several blocks to get out of that jam.

A week ago, I was asleep and he missed an interchange, and ended up on a small Texas state highway. TX-243 runs through the town of Kauffman. It was a truck route, but recent changes to their courthouse square area to facilitate parking and beautification, by adding new planters that reduce lanes make the turns far too tight for a 53' trailer with tandems in the 6th hole. Our right side trailer tires jumped the curb and went deep into a muddy trench - so deep our DOT bumper was resting on the curb. Police showed up and called a heavy wrecker before I could even get my shoes on. They pulled us out by lifting the rear of the trailer and swinging it to the left placing the right tires back on the road. The cost - $900 for the wrecker plus damages to the curb and road surface. The responding officer was polite and told us we weren't the first ones this week to get stuck, and did not issue a citation. Hopefully they will update the truck route around this turn soon, but this is a great example why not to miss your ramp! Just because the GPS says something is shorter in miles doesn't mean it's the best choice - trip plan!

Oh, Rainy, I was in Newark the other day. The turn pike coming into Newark just about made me puke... I thought I might have taken the wrong ramp into NYC. My biggest worry was heading into the city and having the GPS recalculate over and over as I miss each turn, going deeper in. You could say I've been a bit psyched out by Brett's book on this particular subject. (Drivers with puke stains down their shirts, etc.)

Also... winter driving is no joke, and nothing gets your attention quicker than a sudden loss of traction. We're ok, but stuff happens quick when ice is uninvolved.

I am so sick of hearing about lease operators taking time off at the expense of the trainee's paycheck. You do know that so long as the home time wasn't your choice, you are entitled to your guaranteed $700 don't you? So what if its coming out of his pocket. That's what he signed up for when he opted to become a trainer. Is it better that it comes out of your pocket? Because that's exactly what's happening. Somebody is paying for your week off, either you or him.

Now if you opted to take some time off, that would be different. But if you'd rather stay on the truck and continue training, then you deserve to be paid.

Turtle, I get what you're saying. It wasn't my decision to take home time, but my wife is rather excited that I'm coming home for a week and frankly I'm happy to see her and the kids. She's got it all planned out, Haha. I feel like it's kinda crappy to "make" my trainer pay me, but that's just me. By the time I get home I should be at around 23,000 miles. So, an extra week and a half on the truck and then I can upgrade.

Basically, it wasn't my decision but I intend to take full advantage of it. If I were stuck away from home it would be different.

Prime Inc Company Sponsored CDL Training Company Trainers First Solo Months On The Road First Truck Driving Job Home Time On The Road In Training
Click on any of the buttons above to view topics with that tag, or you can view a list of all forum tags here.