Have you not called Swift and talked to them about this instead of coming on here first? Seems to me if you had documentation on you proving that you took these tests while they say you did not would justify a call or two. 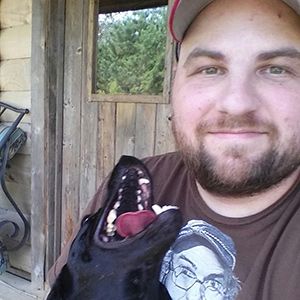 Did you actually go to the instructor after the drug test and ask if it was ok to leave for the dentist? Sounds to me like you left before they were finished. Just because you thought they were done doesn't mean that they were.

Mark A. - welcome to Trucking Truth!

I will preface my comments by saying confirm anything I say with the "pros" here - I am a newbie / wannabe myself.

I got insurance licenses (all 4 available at the time) decades ago. I then sold insurance for several years.

I got a real estate Broker's license as well! I actually started in a little-known (WI) apprenticeship program working under my Father. Did that for a couple of years. After automating his business I realized I had an interest and aptitude for computers and worked in IT for about 30 years.

Been doing mostly handy man work last 10 or so years.

When I decided I wanted "this" I studied hard, attended class (for almost 400 hours - including driving and testing) and now hold a CDL-A with HazMat , Tankers and Doubles and Triples endorsements.

IMHO... licenses are pretty much ONLY as good as what you do with them! (I have long since let my insurance and real estate licenses fall away)...

As for the drug testing...

My understanding is a refusal to test is one of worst things you can have on your record! From the time one enrolls in a school going forward, a refusal is considered a failure and I believe it requires completion of an approved treatment program and a one-year hiatus from trucking. It is even worse "now" (and going forward) due to the pending implementation of the new database "clearinghouse" program.

IF YOU TRULY TOOK AND PASSED A DOT DRUG TEST AND WERE FIRED FOR NOT DOING SO - THIS IS HUGE! It has serious implications for anything you might want to do in trucking and, I believe other fields (such as even limousine driving).

If a company were to incorrectly report a refusal to test I would think it would be a serious and risky proposition for them. The potential legal liability is substantial.

To think that the largest carrier in North America when presented with the facts would not take immediate steps to rectify the situation is simply mind blowing. Either you have not yet gotten to the "right" person or department or (as others have suggested) we are not getting the whole story.

Either way... I believe you need to fix the immediate problem and see where you can go from there. Once the "false reporting" is fixed you should be able to address the firing/rehiring with Swift or another carrier. With a "refusal to test" on your record I suspect you are going nowhere fast (or even at slow governed speeds).

And I would keep the unrelated licensing and possible side-gigs to myself when talking to recruiters!

Your mileage may vary (and probably does!)

I agree with Old School that I think this guy had the idea he would just stroll on into trucking and collect another license, not realizing what a tremendous commitment it takes to survive and then thrive in this industry.

People famously underestimate how difficult and demanding this job is. Most people think, "Hey, it's only trucking. Anyone can do that." They believe it's simply a matter of learning to shift more gears and drive a bigger vehicle. The numbers really demonstrate this. When you look at the Paid CDL Training Programs you'll find that a full 50% of the people who start these programs drop out before they even manage to get their CDL. Another 50% of those remaining never make it through training and go solo.

Trucking is not an ordinary job, and no one just strolls in casually and manages to figure it out. Those who come into it with a low level of commitment planning to dip their toe in the water to see how it feels normally wind up running for their lives in short order.

As you have posted many times previously, Brett, there’s no faking it out here. 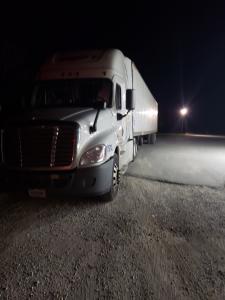 Ain't this the truth. I'm in week 4 with a mentor right now. And I have to say. Even with all the reading and "prep" I did, i am exhausted. Its not an easy life and its not one if those just jump in and go things. That said, loving every minute of it!

As you have posted many times previously, Brett, there’s no faking it out here.

Did you pay for your CDL or go to Swift’s company school?

Swift Transport Advice For New Truck Drivers Drug and Alcohol Testing Hard Lessons Learned Recruiter Issues Truck Driving Orientation
Click on any of the buttons above to view topics with that tag, or you can view a list of all forum tags here.