When Did You Decide You Were An Experienced Driver?

Page 1 of 2 Next Page Go To Page:
Bird-One's Comment

Was thinking about this while reading Junkyard K9's post on his one year (congrats by the way). Was it reaching your 1 year? 2 year? Maybe a certain milestone.

And if you don't feel you are an experienced driver what do you feel you need to accomplish to be considered one?

I've always felt that the learning curve kinda goes like this:

At this stage you can dress like a cowboy even if you're not from Texas or Wyoming.

Keep something very important in mind though. This is the learning curve for those who go on to be Top Tier Drivers. Unfortunately that's not a large percentage of the industry. It's actually quite appalling how many drivers out there have done this job for many years but never learn to succeed at the highest level. For these underachievers, their downfall tends to be their utter lack of emotional intelligence:

The capacity to be aware of, control, and express one's emotions, and to handle interpersonal relationships judiciously and empathetically.

In other words, they're usually loud mouth, obnoxious jerks who don't know how to be a team player, can't get along well with other people, and always think they're getting screwed by someone. They tend to complain, blame, and criticize the world around them incessantly and the only way they know how to handle a challenging situation is to argue with people, and they're usually yelling and threatening. If that doesn't work they'll just get more angry, yell louder, and argue longer. They basically handle themselves like cavemen.

The industry is overrun with these types. They're unbearable. I spent the better part of my 15 year career hiding behind newspapers in the restaurant so people wouldn't see me as their next opportunity to complain about "The Man." Nowadays you can only hope your mobile phone is a good enough substitute. Newspapers are hard to come by.

That's why I always say be careful who you get your advice from. Make sure the person you're listening to has been very happy and successful in their career for quite a few years. If someone starts blaming, complaining, and criticizing you need to get away from them as quickly as possible to maintain your sanity and prevent yourself from becoming jaded.

I've watched a lot of people over the years come through this website and completely change after being on the road for a little while. They start out really kind, humble, friendly, and enthusiastic. Then within a year or two their attitude changes dramatically. They become infected by the terminal rats:

They become snarky, cynical, condescending, and they complain constantly. They hate the job, the Government, their company, the regulations, and pretty much everything about their lives. It's a sad and dramatic change they go through.

After being on the road for years I'd say everyone has experienced enough that they either become bitter, resentful, miserable, and cynical or they become as happy and pleasant as a monk, enjoying their time on the road and always counting their blessings.

You'll find that our moderators are the latter type. They're highly successful, incredibly valuable to their companies, and they thoroughly enjoy their life on the road. However, even they're not immune to the terminal rats. We have had two different moderators that started out fantastic and had me convinced they really "got it" - they were going to be fantastically successful and happy as can be out there but they eventually were swallowed by the darkside. They've stopped contributing altogether. We won't be discussing names, it isn't necessary. Just know that it can happen to you to:

Life on the road is so filled with experiences that it affects everyone profoundly. How it affects you will depend on whether you tend to focus on the light or the darkness in everyday life.

I would also like to add you are at least getting close when you have been driving long enough and have picked up enough to truly see and understand why lease OP is a really bad idea...😆

I think the cowboy outfit is a great top tier trophy item.

Old school, when does your outfit arrive? 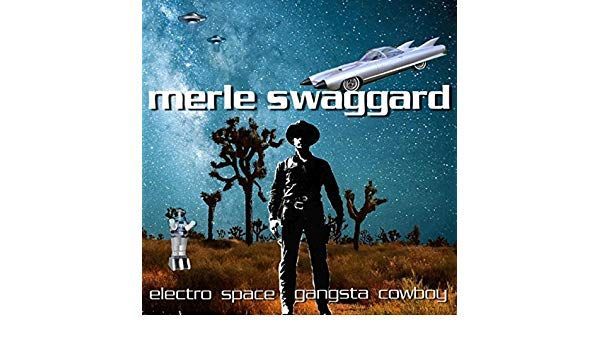 On my anniversary thread one of the guys told me to switch my description to "experienced driver." Even though I've learned so much and this job is so much easier than it was even a month or two ago I've got so much to learn yet... I do have a pair of cowboy boots and I used to have a beautiful Stetson hat but I lost that about 20 years ago. No, not getting any Cowboy outfit yet...

There is a point called the terrible 2's. This is where you get comfortable and open yourself up to mistakes. I'm quickly approaching this point in my career. I have to remind myself every day to stay on the ball. Don't get lax on the pre/post trips. Stay on the ball while driving. Don't let your guard down even for an instant. An instant is all it takes to sink your career!

Feeling experienced - for me - will be pretty much when I'm no longer surprised by or unprepared for everyday challenges. That's not to say there will be no more surprises or challenges. I'll just be able to meet them without the uncertainty that I currently feel at times. Things have already greatly improved but I still think I have a long way to go. I am my own worst critic though.