What Happened To Trucking In The Crash.

Page 1 of 2 Next Page Go To Page:
Rubber Duck's Comment

I wasn’t a trucker back when we had our last Great Depression. The one we had as Baby bush went out and Obama came in. I was laid off during that crisis for a long long time. What happend to the flat bed trucking industry. Nobody would have been needing building materials back then so did all the drivers get laid off back then. We have anyone who was a trucker back then and could share their experience during the recession.

As far as the prospects for getting started in trucking, the opportunities were still there. The companies were still hiring, the Paid CDL Training Programs were still training, and freight was still moving. As is always the case in a commodity business like trucking or farming or logging, when there's a huge downturn it becomes a slaughter for the little companies. They simply don't have the funds to endure prolonged hardships. But no one thrived during those times. Everyone struggled for a while.

There was a bunch of "weirdness" in the dry/durable goods field - but the reefer stuff (food) kept rolling. People will ALWAYS HAVE TO EAT.

Around that time (2008), fuel prices went through the roof (diesel close to $5 in the NE and Cali) - and a lot of the smaller/independents had a rough time (especially those that couldn't build Fuel Surcharge into their rates). The cost of "landed goods" went way up (that is - the net price of getting stuff in the door), which means the price-to-consumer went up. Bread, milk, etc. - saw huge increases on the shelfs - but, as is the way of the world - did NOT GO DOWN when fuel (shipping) costs went back down.

I certainly remember the last economic crash. I was full steam ahead in construction and things took a nose dive almost overnight. Had to affect trucking because it put a big dent in construction materials getting delivered. It took 4 years for things to recover in construction. Local banks got so paranoid, it was like pulling teeth to get a construction loan. Even to this day, my bank requires much more security to loan money. 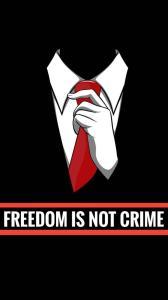 Nope, don't like that word either. Both "crash" and "recession" are bad words for truckers. At least they're not four letter words.

“Downturn”, “Slowdown”, “Negative growth period” or “ Bump in the road”.

“Downturn”, “Slowdown”, “Negative growth period” or “ Bump in the road”.

Call it more like a "market correction", that was brought about by manipulations in the real estate market. Was kinda Bush II's fault, though Clinton got the ball rolling.

Loosening underwriting restrictions on mortgages so that "everyone could realize the dream of home ownership" was the beginning (Clinton). Well intentioned at first - until you let the greed of the banking industry get involved. At the time, many states were allowing the BANKS to choose their appraisers. The appraisers in turn, would OVERVALUE the homes (intentionally), so they banks could lend MORE MONEY - which in turn, raised PROPERTY VALUES rapidly - which in turn allowed the banks to lend more $$.

The real failure point, came along with a new type of mortgage called the Option ARM (or negative amortization mortgage). Basically - you could make the "minimum alternative payment" (which was well below even the interest only payment) and the balance of the unpaid interest was added to the principal. This allowed people who COULD NOT AFFORD to pay the "regular principal & interest" figure on a normal mortgage, to get mortgages that they COULD AFFORD to pay the "minimum alternative payment". The downside is - these mortgages turned into REGULAR 30 Year Principal & Interest mortgages at the 5 year mark - and re-amortized the payments to INCLUDE THE ADDITIONAL UNPAID INTEREST that was added to the back end of the mortgage (which caused that interest to keep RISING, because the PRINCIPAL kept going up). When the mortgages re-amortized, and people could no longer afford the payments - THEY DEFAULTED. So - the banks are over-valuing homes, and lending $$ to people who weren't qualified (but did due to relaxed underwriting requirements) - recipe for future disaster.

This created the great foreclosure boom that started in 07, and peaked in 08.

Another piece of the puzzle was the sub-prime mortgage market - where people even more unscrupulous than the banks (if you can imagine that), were getting people mortgages who were REALLY EVEN MORE UNQUALIFIED, fudging applications and appraisals. Many of the banks - and most of the sub-prime folks - were bundling the paper (selling their mortgages in batches) to investors. This created the "mortgage backed securities" boondoggle - which made the big investment houses a ton of $$, but it was based on UNSTABLE PAPER - as all these mortgages were going to start to default soon. A lot of this paper was sold to CHINA at the time - which gave them a significant amount of leverage in OUR ECONOMY.

The piece of the puzzle that made everything look OK, right up to the time it all blew up - was that interest rates were down. Property values were WAY UP. Like as in - artificially inflated - like, I had a house I bought in 2000 for $180K, that was appraised for $550K in 2005 - which NEVER HAPPENS that fast in a "normal market". People were doing re-fi's and taking cash OUT of their (inflated value) homes and SPENDING THE $$, which made the economy look BOOMING.

So fast-forward to 07/08 - these mortgages are all coming to the end of the "minimum alternative payment" period, people are unable to pay the full ticket payment - so they start defaulting - IN DROVES. This creates a cascade effect on the banks and the investment houses - and THE BOTTOM DROPS OUT. Then the property values correct and the home values plummet. A lot of people (myself included) are now upside down in their homes (especially those that bought in late, when the property values peaked), and say SCREW THIS and decide to default too (called a Strategic Default), and what the hell - since I have to do a bankruptcy ANYWAYS, might as well blow out the rest of my credit (credit cards and other lines of credit) - creating MORE DEFAULTS and defaults on other creditors - as well as the mortgage backed securities market now sitting on a ton of defaulted paper, based on devalued property. Banks who DUMPED their paper survived OK - banks who held onto their paper (figuring they were assets secured by real property) are now sitting on (pretty much) WORTHLESS PAPER, because people stopped paying their mortgages and the property values were now less than 1/2 (in many cases) what the paper was. So then BANKS and INVESTMENT HOUSES start to go under.

And THAT is how the CRASH happened. Clinton started it by relaxing the restrictions that banks had on lending money. Bush allowed it to continue - because all the cash being flushed into the economy made everything look rosey.

All markets that are ARTIFICIALLY MANIPULATED - will eventually CORRECT THEMSELVES. Especially such an unsustainable manipulation, based on bad lending practices.

Yeah - it's long winded and can be confusing - but that's EXACTLY HOW it happened.

How it affected trucking - is pretty much covered in my first response. Hard goods stopped moving - perishables (reefer and such) didn't suffer as much because EVERYONE GOTS TO EAT. Which is why, even in downturns in freight/rates - reefer drivers still make pretty consistent miles.

Rick, while reading your comment, it occurred to me that OTR company drivers have a pretty sweet deal. They have a "home" (on wheels) and NO mortgage payment, no interest accumulating and the company picks up all the maintenance and operating costs. Plus, they can take their mortgage-free "home" and go make good money with it.

If anybody wants an even more in-depth understanding of the points made by Rick, pick up the book "Griftopia", by Matt Taibbi (Investigative journalist). Fascinating (and sickening) account about the greed and fraud involved in the recession. Alan Greenspan was as much at fault as Clinton and Bush.

Driving for an established company makes the company driver much less vulnerable to a economic slowdown than a L/O or O/O.

Best objective description of the crash that I have heard in a while. I really appreciate the (mostly) leaving of politics out of it. The economy these days is either really great or really bad. Both sides have an argument.

China has massive debt. The rest of the world has massive debt. Comparatively, we have some debt. We'll see how it ends up. Your application of the supply/demand need is perfect in pointing to refrigerated loads. People gotta eat.

Thanks for your post. Best of luck for all. Hope the economy booms for everyone.