Just Quit The Worst, Best Paying Job I've Ever Had. When To Say Enough Is Enough?!

Joe I’ve never felt the need to swear at customers or shippers. Although when I witness drivers exhibiting your style of behavior? That’s when I am tempted to unleash foul language.

Has it occurred to you; that maybe it’s your attitude? A tendency to become agitated and contentious? No one wants to deal with a raging adult-child. This business is hard enough without the nasty attitude.

My guess, you will always have issues no matter what job you have. You reap what you sow...

We have all had jobs or assignments in a job that frustrated us or we hated. However as a proffessional in your field you maintain your proffessionalism. Swearing at folks doesn’t do a single thing, except to make the situation worse.

The beauty of our country is that we are free to choose. If you don’t like what your doing, choose something else. No one is in charge of our happiness except us.

Certain people thrive on being miserable, and will be miserable no matter where they are or what they are doing. We all see examples everyday.

When we get paid to provide a service, we provide it, and should always do it to the best of our ability. Pretty simple process I think.

I'd usually get back with 5 min to spare with a ten hr turn around with a hr commute.

So? U stuck it out 2 years so it couldnt be that bad. I have an hour commute without traffic (30 minutes each way) and I intentionally take routes that will get me close to my 14 hours. From a company standpoint it's much cheaper for them to run you that long than it is to purchase another truck and trailer and hire another driver.

I understand your frustration with unloading time....but C'mon Man! Is it your first job ever? I occasionally will get a load that tells me I'm late or that I'll be delayed a few hours. I sure don't cuss them out, I put a smile on my face and say ok thank you, take your time I'm going to take a nap in my truck if you guys need me. 9/10 I'll get a phone call or knock on my door giving me a dock within 10 minutes and I'll be loaded or unloaded in another 15 minutes. If I'm only delivering a couple pallets I'll even offer to help down stack whether they use lumpers or not. Yes, I'm also in a daycab.

Keep being a Jack ass, it helps me get loaded/unloaded before they even think about helping you. If it's a situation where my HOS are an issue I simply tell them my clock is running out and ask how I can help them out. I've seen numerous drivers at grocery warehouses get bent extremely out of shape swearing at anybody around because THEY were late.

Even the high amount of pay that carrier paid us we still had about 4 or 5 of 20 drivers leave.

Is that supposed to surprise us? Drivers are notorious cry babies (as you've shown us) that will quit a job because they woke up with their hair a mess. There is a massive turnover rate industry wide, often times due to misconceptions of the industry.

Keep being a Jack ass, it helps me get loaded/unloaded before they even think about helping you.

That's an important gem to take from this.

When it comes to shippers and receivers, the squeaky wheel does not get the grease. It gets left out back to rust. The calm, courteous, polite drivers get bumped up in line. 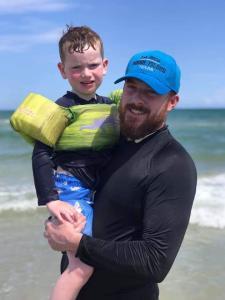 Yeah, as soon as you start effing and blinding you might as well give up trying to get anyone to do anything for you. That kinda goes for all jobs not just trucking.

I still trying to figure out why you are cussing out a shipper or receiver or anyone. Are you 10? When I see people acting the way you do, I think of a spoiled brat. Who p***** in your wheeties. The day you got your license, was the day you said,"I'm a professional driver" and must act as such. Maybe that's why you don't have a wife or gf, It's your attitude. Oh and if you think we are ganging up on you, maybe we are. But you opened the door, and Brett named this site, "TRUCKING TRUTH " not "WHINE FOR A DAY". We have all had bad dispatches, but because we are professionals we let it roll off our backs and continue with what we have been dealt. When you figure out what it is you want to become when you grow up, come back and let is know.

In this job attitude is everything. This morning I showed up for work as scheduled at 2am (load had a 3am departure time) and ended up not being loaded until nearly 4am. Instead of sitting for 2 hours like some of our drivers would do, I went and found my tractor and trailer and did my pretrip (except back door/lights) instead of just sitting and waiting. By doing that I was able to get out of the yard almost immediately when I was loaded instead of wasting half hour after I'm loaded. I try to avoid sitting and waiting which is one of the reasons I try to get a midnight start time. Anyways, when I got to the stores today I was about an hr later than usual. It sucked having to maneuver around vendors and asking someone to finish unloading and move before checking in so I could hit the dock as we have priority. Did I take it out on the vendors or in store staff? Hell no, i simply explained the warehouse was short staffed and caused a couple loads to leave late. What good does it do to get worked up?

I had an LTL delivery to a food warehouse near Waterloo IA. I showed up at 820am for a 10am appt. They told me I'd need to wait for appt as they were behind and had 6 trucks ahead of me still waiting on a door. I remained friendly, smiled and used the typical line of going out to take a nap. She asked if I'd be hiring a lumper or doing it myself and I told her as long as theres a manual pallet Jack I'll gladly do it myself. Wouldn't ya know it, she miraculously had a door that was vacant I could back into immediately. I had to pull 3 pallets off. About 3k pounds each. As I took the pallet jack in the trailer 1 of the receivers came rushing over and told me not to worry about it and used his electric jack to pull them off. Only 1 pallet needed to be down stacked, total of 80 cases. I treated those guys with respect and ended up having 2 lumpers and the receiver help me throw the cases because I treated them like people (unlike some drivers do) and was making their job easier for the day. Instead of waiting an hour and a half just to get a door and who knows how long to unload from the time I pulled onto the property until I left unloaded it was only 45 minutes.

Respect goes a long way, and when a driver acts like a child it benefits those of us that understand respect has to be given to receive it sometimes. Of course a driver that checked in before me that was still waiting on a door wasnt happy to see me leaving before him and was walking toward the office like he was on a mission. There are plenty of times the clerk seems annoyed, i still maintain professionalism and almost always their temperament completely changes. My situation is a little different bringing only 3 pallets, I doubt I'd be unloading a full truck.

There are a ton of shippers or receivers out there that are highly inefficient so they do take longer than we feel they should. Coming from a warehouse background I can assure you they dont want to keep you longer than you need to be.....UNLESS you're a jerk. Then we would gladly hold someone longer than needed. Yelling at the dock workers, or that innocent lady working the window will solve absolutely nothing, instead you will find yourself sitting while watching other trucks come and go.