I would do whatever necessary to fight this if you are sincere about not taking drugs. Any script that can show positive is not even considered providing that you have a legitimate script and the pharmacy confirms that you are prescribed it by a physician. With Urine there is a duel sample taken so that if these things happen it is sent to another lab to test the second sample as one of the others said to make sure that the first result is not wrong. Hair is something I am not to sure about but most of the time Urine is the only one that is DOT regulated and required. Hair testing I think is often chosen by the company along with Urine. Good luck in getting this fixed, I hope it works out. 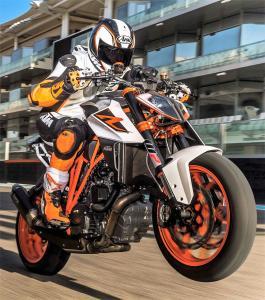 Exactly.It is as simple as you said.

Exactly.It is as simple as you said.

''Unfortunately where I am from, that stuff is pretty rampant. It's hard to get away from it. I do know people who use, and asked them to keep that stuff away from me. Could I have tested positive for unintentional contact?''

If you do not use why would you have unintentional contact?Unfortunately where I am from it is rampant as well and most areas here it is hard to get away from it.I knew people who used even though I did not.One was my dad.So I can see why you might hang out with some people still even though they use.Some people might say,''If they use get rid of them because they are not who they used to be and will get you involved and use too.''I know it all too well as not only my dad but very close friends used too and it was not that easy to end the relationships with just the snap of my fingers.But as time went by THEY....THEY made it easier for me to end my relationships with them as I got tired of the excuses and the trouble they got into and the other individuals they started to associate with.And worst of all....who they became.

My main vice was marijuana and alcohol..beer.And I only quit drinking because 1.My liver had major damage2.I got so tired of being tired and this wasn't really me or who I was.I have had depression and anxiety my whole life and never knew what it was.Last few years I started talking to others and finding out why I was the way I am.Now I know.

This may sound harsh.But the bottom line is I used excuses from my drinking and excuses why I failed drug tests because I ****ed hot.''I was at my friend's house and he smoked a little over 4oz. and so it caused so much smoke I must have gotten it into my system as well.''No,it was because I smoked it with him,not ''Tested for unintentional contact."

From one user(ex) to another...Own it and move forward.Get a life(yours back) before you can't.I am moving now and am done with all online forums.I never had a Facebook,Twitter,Instagram....none of it.IMHO the internet is the evil we didn't need.It caused too much to change.And especially in a time now where our country ranks the worst in education scores.But with the internet and so much free learning tools we still fail to make use of what is right in front of our noses. I am a grown man and it is time to act like one.I have been a lone wolf my entire life and will continue to be one....as I choose to.Truck driving as with any choice in life is what you WANT to make it.I choose to make my life excellent.I have email accounts for employment/school only like I said I do not believe in the internet as long before it the smartest of men(and women to) existed and prevailed.

I want to thank Brett for the information he has provided before I part ways.I also admire his enthusiasm for life and adventure as well.There is no high like it.When you can get high on life itself it is the best.I am a diesel mechanic for a high end company.I was homeless for almost 1 and a half years while attending school before gaining shelter but kept at it knowing I was going to work for one of the biggest companies of the world.

So when I see people who are very grown and still make excuses I respond the way I do.And like my dad......He never got ''it'' even though he is 72 now and threw away a great family but continues to be the victim.And I too ''Know the man in the mirror.'' 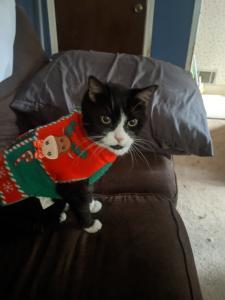 I have no idea why they told you Phentermine wouldn't show a positive for methamphetamine, it's very common for it to do so. 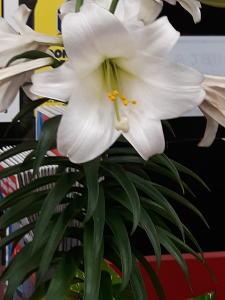 I am taking phentermine and asked my doctor will this cause issues for me getting my cdl and she told me it could cause me to get a false positive for amphetamines. But she told them to make them aware of my prescription before I was tested just in case it does. I'm taking 37.5 mg a day for appetite suppression. So your definitely not losing your mind.

Can Prilosec or Prevacid, or Sudafed or ibuprofens or Tylenol, or alive cause a failed hair test? I take all of them and I don’t have a prescription.

You may have a valid prescription and reports to backup your claim but if get a MRO that refuses to even look at the information ,there is nothing you can do, all this information is backup by emails from MRO. I was with FXF for 28 safe driving years, and this happened to me .

It's a real shame that they're using hair follicle testing alone. There is evidence to believe false positives happen and yet the testing can ruin your career for it even starts.

One example of how the courts have dealt with the issues presented by hair-follicle drug testing was a Massachusetts case involving Boston police officers who tested positive for cocaine in a hair-follicle test.[14] The court concluded that, although hair-follicle drug tests are reliable enough to “be used as some evidence” of drug use, “the risk of a false positive test was great enough to require additional evidence to terminate an officer for just cause.”

You truck drivers should stand up for yourselves, and refuse to put up with the bull****, like cops have done. It could be you getting the false positive next.

You may have a valid prescription and reports to backup your claim but if get a MRO that refuses to even look at the information ,there is nothing you can do, all this information is backup by emails from MRO. I was with FXF for 28 safe driving years, and this happened to me .

Wow, sorry to hear that, Paul !

How about "you truckers" stop blindly ingesting stuff into your bodies that produce unwanted results? Which specific company is using hair follicle testing exclusively?

If one does research beforehand Chris P., maybe you wouldn't need to point the finger (and give the finger) to everyone else due to your issues. Just because you are in a bad place doesn't mean it's this evil industry's fault. It is much easier to jump on the bandwagon with everyone else that doesn't know jack about trucking, though.

Drug and Alcohol Testing Hard Lessons Learned SAP
Click on any of the buttons above to view topics with that tag, or you can view a list of all forum tags here.